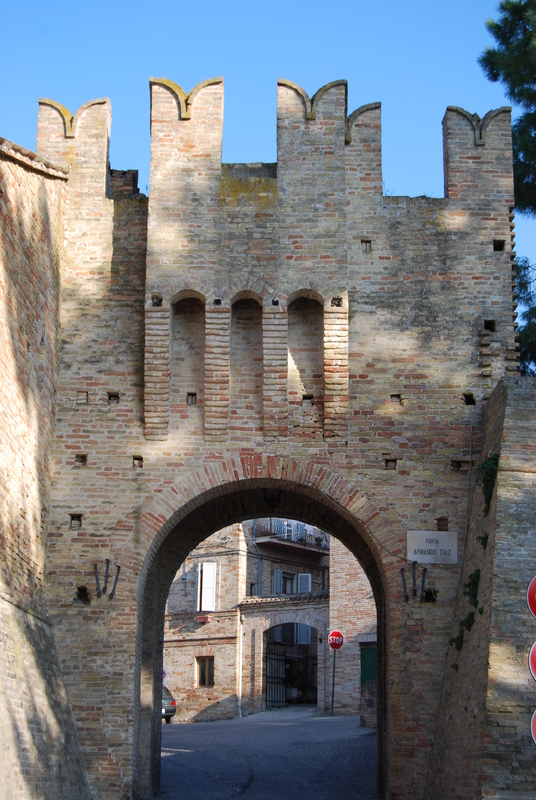 Montecassiano is located in the Italian region of Le Marche, in the Province of Macerata. The town is about 30 kms south of the city of Ancona and about 8 kms north of Macerata. This charming place is best known for its medieval buildings and architecture along with historic sights, which is the main tourist attraction. One can also come across old style taverns, a town hall, an ancient castle along with churches amidst the lovely countryside atmosphere of this village.

According to historical evidence found in some documents dating back to the 11th century, this village has been referred to as the Castrum Montis Sancte Marie. However, in the next century it got the name as Montis Sancte Marie in Cassiano. Some historians believe that there is a connection between the Cassiani family and the ancient Cassia Orestina Road as written on a stone found during 1602, dating back to the 1st century, AD. Thus, there is a continuation of history here from the Augustan age to the Middle ages.

In short, Montecassiano gives us a glimpse of the past history of Italy and offers us a chance to explore some of the fascinating places around this region.

The nearest airport to Montecassiano is the Ancona airport, which is located at a distance of around 43 kms. The port of Ancona also lies nearby and is accessible via the ports of Greece, Croatia, Turkey, Albania along with Montenegro. If you are planning to travel by train, then the closest station is that of Macerata which is around 10 kms from Montecassiano. There are also other options such as driving to Montecassiano by car from Macerata and from across the North and the South as well. 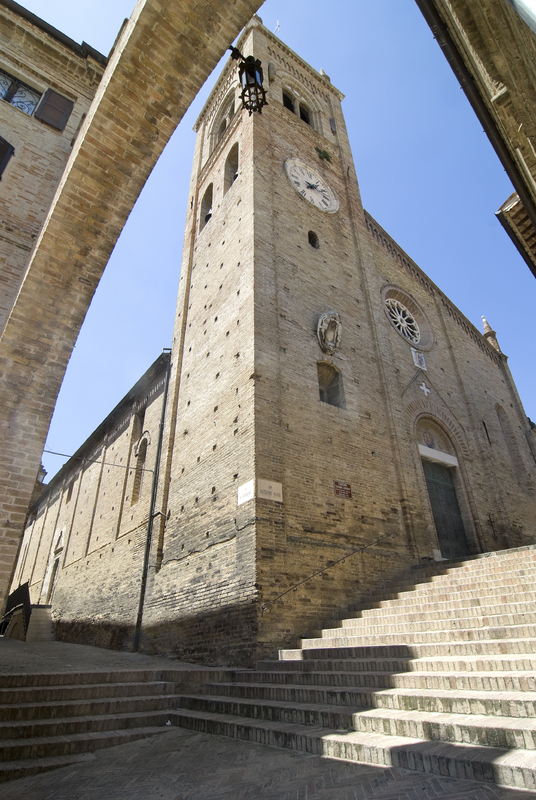 The village of Montecassiano is an imposing structure situated amidst the Monochhia and the Potenza River and its medieval architecture is reflected through the high walls surrounding the old town. Some of these structures were built during the 14th century which look completely different from the newer buildings found here. The urban buildings were constructed along the narrow streets that ended along the main square with the existence of the Castle of Santa Maria in Cassiano from the 11th century onwards. As you go on a tour along this region, you can see the old court of the castle located in Piazza Leopardi. Earlier, it comprised of parts of Pieve of Santa Maria along with the Terziere del Girone but in the modern times, Piazza del Girone has the old village center.

At the entrance of Montecassiano, you can find the Oratory of San Nicolo (13th century) with some frescoes belonging to the Umbria Marche School can be seen inside. As you pass across the battlement of Porta of Santa Croce, you can reach the central square of Piazza Leopardi, where you can catch a glimpse of the town hall, Palazzo dei Priori. The façade of this town hall comprises of three lovely arched windows distinguished by a carved column  and octagonal pillars can be seen along the lower half part which has an open gallery. Piazza Leopardi is also surrounded by the earlier Monastery of the Augustinians where you can find an old tavern of San Nicolo along with a wine tasting center. 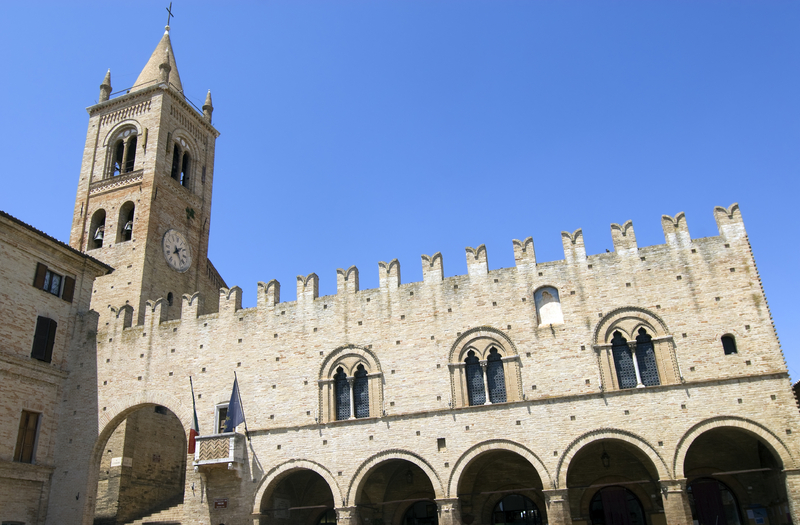 The Collegiate of Santa Maria Assunta is also located close by which dates back to the 12th century and has a fascinating façade comprising of a rose window made using red brick. You can view the huge bell tower here embellished using terracotta with modifications done by Antonio Lombardo. Besides, you can also visit the Church of San Marco, which was renovated during the 18th century and has a fabulous collection of frescoes and paintings including archeological discoveries. Just close to Porta Diaz, you can find the 17th century Church of San Giacomo where across the altar, a lovely fresco belonging to the 16th century is visible. In addition, you can also visit the wine tasting center at the Cloister of the Augustinians including the garden of San Giacomo and the courtyard of Convent of Clarisse.

All these old courtyards mentioned above are used by taverns during the horse race conducted in this region. As you approach Montecassino via Porta San Giovanni, you can find a staircase that leads you towards the Church of San Giovanni Battista. 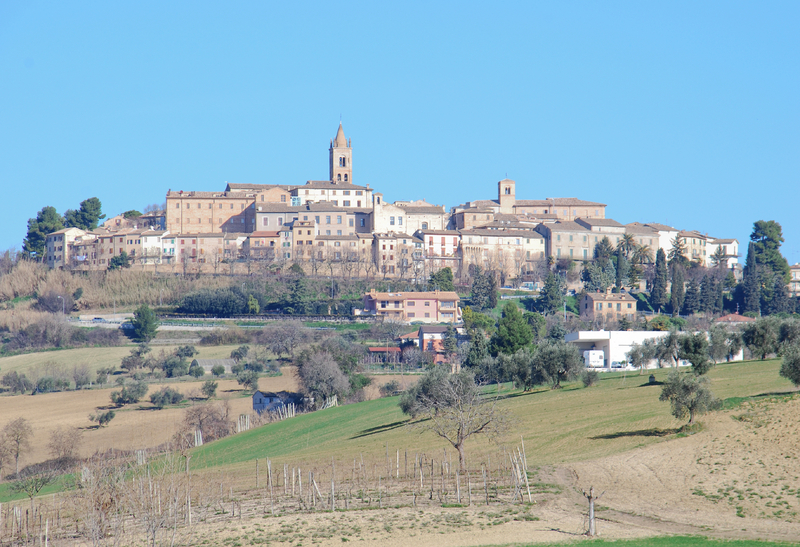 There is a good variety of accommodation available in Montecassiano with hotels, guesthouses and Bed& Breakfast inns providing all the possible amenities for a comfortable stay. You can find all kinds of hotels here ranging from economical and budget hotels to the luxury ones to meet your different tastes and preferences. In addition, you can also explore the option of rental farmhouses and villas around this region, which offers privacy and all the required facilities with the comfort of staying in a home.

There are lot of local restaurants serving some of the best Italian delicacies found in this region. The sughitti is one of a special kind of sweet polenta cake made using grapes, maize flour and walnuts served here during the festivals held in October. You can enjoy some local taste and flavor of the Marche region in the wide variety of cuisines served in many restaurants here.

Montecassiano is an ideal place to visit in Italy to enjoy the calm and tranquil village atmosphere. It has lot of historical attractions with marvelous architecture dating back centuries, which draws many tourists to this place. If you are planning to spend a holiday along the countryside and enjoy the beautiful surroundings of a village, then Montecassino offers you some good choice of accommodation with some exclusive facilities. Besides, you can also visit some of the nearby places along the Marche region and have a splendid time.