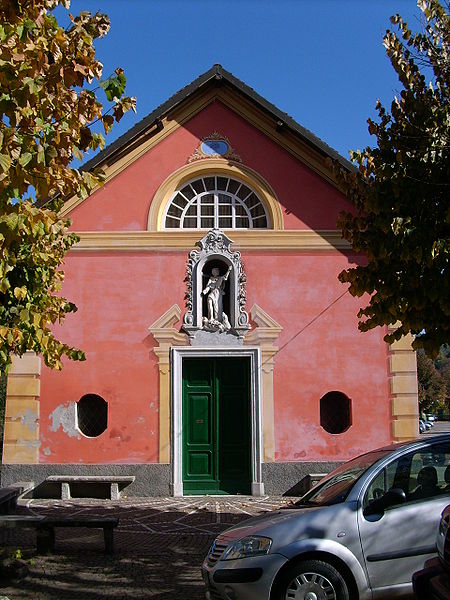 Sassello is a small comune and town located in the region of Liguria in Italy in the province of Savona. The town is located close to the cities of Savona and Genoa and is on the north side of the Apennines of Liguria. The town had been a popular site due to its strategic location and had long been fought over by Genoa and Marquisate of Montferrat.

Sassello is known to have been inhabited in pre-historic times by one of the Ligurian tribes; it was first mentioned in a document in 967 AD and had been passed on to many noble families like the Genoese Doria, Ponzone, Del Carretto and Bonifacio Del Vasto over the centuries. During the rule of these families several important monuments were built in the town.

The Bastia Soprano was originally built in the 12th century; however, the main fortified complex was built only in the 15th century, at the time of the rule of the Doria family. The fort was later on passed on to Genoa in 1612 who had acquired quite a lot of benefits from the iron industries located in the region and because of the proximity of the nearby coast. The fort was destroyed several times over the centuries and had to be rebuilt and refurbished a few times.

Sassello was destroyed in a fire caused by Savoias troops and was rebuilt in 1672. The present day stone houses and buildings all date back to the 17th century.

One of the most important places to visit in Sassello is the ancient church of Concezione. The church was originally built in 1582 close to an old convent, but was extended in later centuries.

The church of San Giovanni is the oldest religious building in Sassello. The church dates back to medieval times, however it was severely damaged a few times during the passing of the centuries. The last renovation work was done in the 18th century and quite a lot of changes were done to the original design. The façade we see today, along with all the decorations inside, date back to the 18th century when most of the original features of the church were changed.

Sassello is located quite close to the cities of Savona and Genoa. Visitors can easily reach Genoa by air or by trains since the city is well connected with most parts of Italy and to other locations in Europe. From Genoa or from Savona visitors can take the state bus that departs every few hours from the main bus stations for Sassello. Tickets are quite inexpensive and buses are comfortable. Another option is to drive down to Sassello from any of these cities.

Sassello is quite a small town characterized by several narrow alleys, beautiful porticos and old stone and limestone houses. Walking around the town is the best way to explore it. There are only a few sight seeing attractions in Sassello, especially churches. These can all be visited within a day by walking around the town. Visitors who have their own cars can also drive around to visit some of the neighboring villages and explore the landscapes of the area.

There are only a few hotels in Sassello. Most tourists visit Sassello as a day excursion from Genoa or from other towns in the province located close by. Since there are only a few sight seeing attractions in town, most people spend a day in Sassello and return back in the evening. Some of the most well known hotels in Sassello are Pian Del Sole, hotel Monte Cucco, hotel Delfino, hotel Paradiso and hotel San Giovanni. Except for these there are a few farm houses and old villas which can be rented by visitors.

There are a few good places in Sassello where visitors can eat out. The town has a few good pizzerias, trattorias and restaurants that serve good quality food. Visitors would mostly find the locals eating at these small restaurants and the atmosphere is usually very casual and friendly. Food is generally Italian and rustic, as preferred by the locals. Some of the most well known restaurants in town are trattoria Vittoria, ristorante Paradiso, ristorante Piccolo Borgo, Locanda il Fungo and La Donda.

There are a few good shops in Sassello where visitors can purchase local products. The older section of the town is lined with small shops selling local food products, fresh fruits, vegetables, clothes and handicrafts. However, the best things to purchase in Sassello are locally made cheeses, good quality extra virgin olive oil, salami and honey. Most wine shops in Sassello also have good quality local wines that are made from the grapes grown in the region. Sassello is particularly known for its “amaretti,” a soft almond cookie typical of Liguria and southern Piemonte.