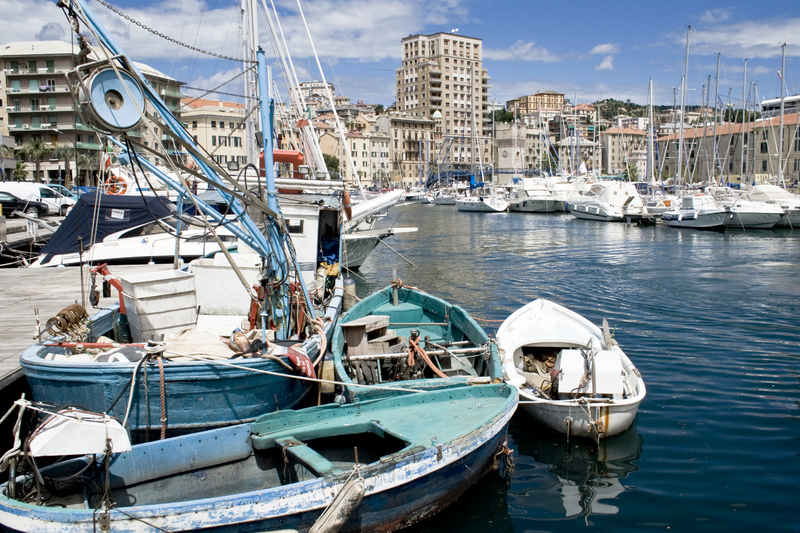 Savona is located in the region of Liguria in northern Italy. The city is an important seaport and at one point used to be the most important city in Italy for heavy industries. Savona gained its popularity first because of its resident, Christopher Columbus who often mentioned the town in his letters and journals while describing his travel ventures. The place that used to be the residence of Christopher Columbus still exists in the city as well as some other houses that have been associated with him in the past. Over the centuries the city has been under the rule of the Romans as well as the Lombards, the influences of both can be seen throughout the city.

The Priamar Fortress is located near Rocca di San Giorgio and was built in 1542 by the Genoese. The fortress was later also used as a prison  and several important and well known patriots were imprisoned here in the past.

The Cappella Sistina is located near the cathedral and was built in the 1480s. The chapel has a mausoleum that was built here by Pope Sixtus IV in honor of his parents. The chapel is built in a Rococo style and has painted ceilings. The 16th century carved wooden seats are also noteworthy.

The Palazzo Della Rovere is an old palace located close to the cathedral,  left unfinished. It was first made as a palace and was later to be used as a university. However this never came to be and the building remained incomplete.

The old towers of the city are still standing intact even after centuries. There are about four to five towers that still exist and are located in different parts of the city. During the 16th century attack on the city, when the rest of the towers and the walls collapsed, these survived.

The church of Nostra Signora del Castello is quite interesting not because of its architecture but because of its interiors. The interiors are decorated with several art works. The main attraction is the altar piece, designed by Vincenzo Foppa and later painted in the 15th century.

Sanctuary of Our Lady of Mercy

The sanctuary of Our Lady of Mercy is located 6 Km from the city and is an important religious place. The sanctuary is built at the place where Our Lady appeared to a shepherd. The church was built in 1536 in a Baroque style of architecture which is quite noteworthy. The interior of the church has been painted by several noted artists and painters over the centuries.

Savona is well connected to the towns and cities in Liguria by train. Savona is also located quite close to Genoa and to Nice in France, both of which have trains connecting to Savona. Other than these cities, Savona also has trains coming in from other destinations in northern Italy. Travelling by bus is also convenient and comfortable since there are quite a lot of buses that operate in the city, connecting it to the rest of Liguria. Those having their own car can also drive down to Savona.

Savona is not a very large city. The major attractions are all clustered in a few areas which can be explored on foot. However, during the summer months it does get quite hot here which would make it a little uncomfortable to walk around. The public buses cover most parts of the city and some important locations outside the city limit as well. Bicycles and scooters can also be rented in Savona to explore it on your own.

Because of its seaport, Savona is an important tourist place and is often very crowded in the peak seasons. Those who are planning to travel to the city in the tourist seasons must try to get the rooms booked in advance since otherwise it gets a little tough. There are many good hotels in Savona as well as some inexpensive Bed & Breakfasts around the train station and the center of the city. Some good hotels to try out are motel Mirò, Mare Hotel, The Gallery B&B, NH Savona Darsena, Due Papi B&B and Relais del Monastero di Marco.

Eating Out in Savona

Savona is a good place for food lovers since the food here is quite exceptional. The best thing to eat while in Savona is local Italian food, pizzas and sea food since these are generally the best options. There are a few places that serve international cuisine and fast food but they are usually not that good. The smaller restaurants here serving local food are quite inexpensive as well. Some good places to try out in Savona are Fette Panissa Via Pia, A Spurcacciuna, Caffè Caboto, Luna restaurant, Vino e Farinata. The pizzerias here are also worth trying.

Savona has a few good things to purchase, although it is not as interesting as some of the other bigger cities in northern Italy. Here, shopping is generally limited to the markets in the older section of the town and a few pedestrian shopping streets where newer and modern shops selling clothes and jewelry made by local brands and designers have come up. The older markets are much better because of the overall experience they provide. Visitors who are keen on purchasing unique souvenirs should definitely visit the old section.