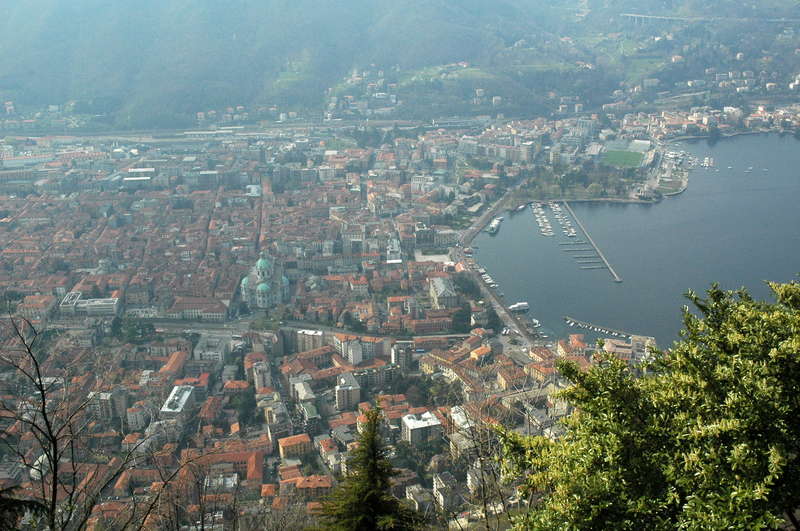 Como is located on the Italian-Swiss border in the region of Lombardi, Italy. The Lake Como is located close to the city and is a very popular tourist destination. The city was built by the Romans and it served as an important location in the trade between the European countries and the Mediterranean. Como has also gained popularity for its good quality silk.

Como is the birth place of some important Roman scientists and in the 18th century, Alessandro Volta, who was the inventor of battery and after whom “volt” has been named. Lake Como has been appreciated for its natural beauty since centuries and continues to be an important tourist place.

Como can be reached easily from Milan in several different ways. The nearest airports are in Milan and in Bergamo from where buses and taxis are easily available. Como is very well connected to the rest of the cities in Lombardy through trains, there are in all three different train lines that connect the city to the neighboring cities and tickets are quite inexpensive. Buses also frequently connect the cities in Lombardy to Como and highways that run from Milan to Como can also be used for those travelling by car. 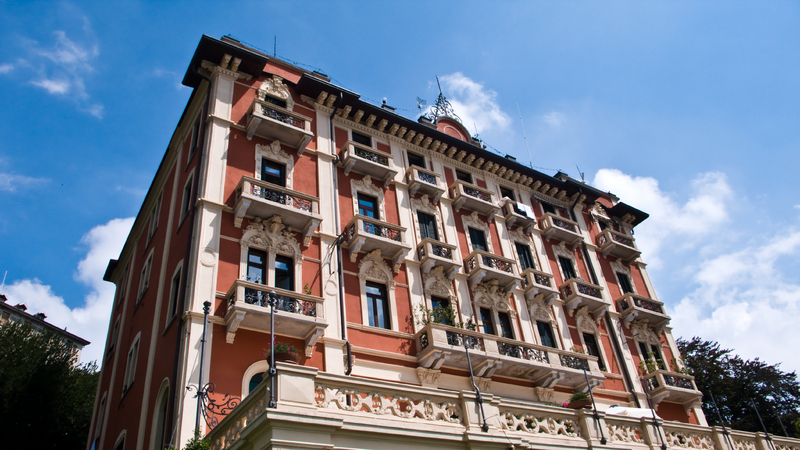 The center of the town is quite compact so it can be visited on foot. The public transport here is buses; there are several different bus lines that run within the city as well as outside city limits. Tickets have to be bought before entering the bus; they are not sold inside the buses. Tickets are checked very frequently, sometimes even by police officials so travelling without tickets is not recommended. Visitors can also reach the neighboring villages that are located around the shore of the Lake Como by boats and ferries.

The Volta Lighthouse is located on top of a small hill and is the best place if you want to enjoy a good view. The building is quite high and offers great views of the lake below. The lighthouse can be reached through a funicular ride and then the remaining distance can be covered by foot.

The Duomo, or the cathedral of Como is a 19th century cathedral. The Duomo is built in a gothic-renaissance style and the interiors are very richly and ornately decorated.

The waterfront in Como is a pleasant location situated along the lake and has nice pathways. The walk has several beautiful villas and mansions along the way and the streets here are lined with shady trees. There are also quite a lot of gelaterias and cafes located here. 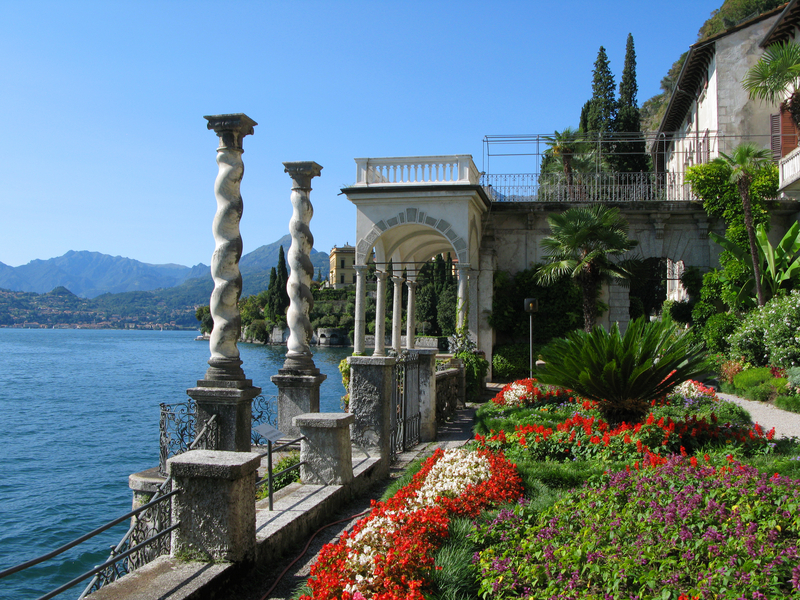 Villa on the Como Lake

Tempio Voltiano, or Temple Volta is located along the waterfront and has a museum that showcases various aspects from the life of Volta, who invented battery. There are two statues in front of the building and the building itself is built in a neo-classical architecture.

The remains of the walls which were built in the city in the 12th century around the old section of the town; these walls still surround the narrow lanes and by-lanes of the old town which is locally known as Citta Murata.

Isola Comacina is a small island that has several ruins of old churches from the Byzantine era. The island used to once be a small town but it was destroyed by the Como army in 1169.

The civic archeological museum of Como has a collection of objects and artifacts that were collected over the centuries from the area from pre-historic times and Roman era. Given the history of the city, the collection is quite interesting and quite old too.

The most important attraction in Como is the lake. Lake Como has been admired and appreciated since centuries, even before the Roman times. The lake has been used as an inspiration over the centuries by several artists, writers and has even been featured in many movies. A boat ride on the lake is recommended, tickets are quite inexpensive and there are plenty of picturesque villages dotted along the shore of the lake which can be visited as a day excursion. 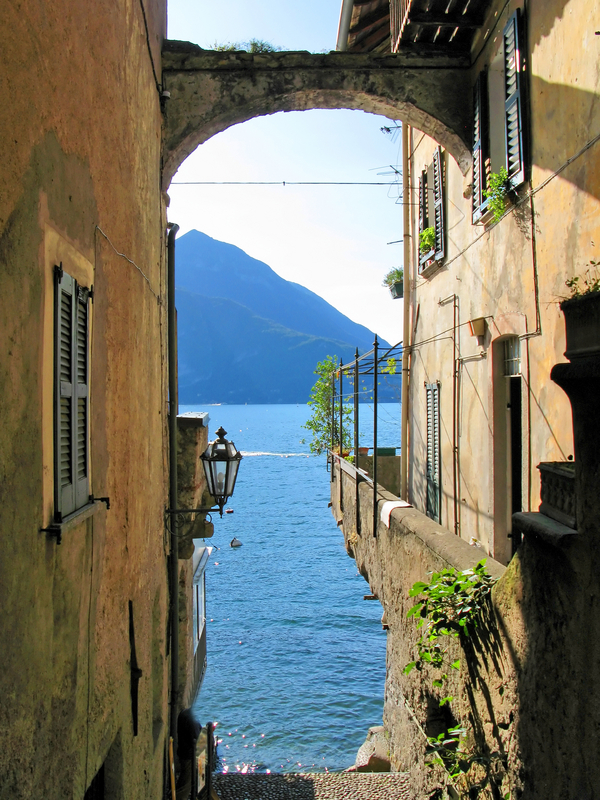 Como has quite a lot of good hotels and accommodation facilities since there are many visitors who visit Lake Como. There are also many budget hotels, motels and bed & breakfasts. However, there are hardly any hostels in the city. Some good options to explore for staying in Como are Albergo Lenno, Grand Hotel di Como, Borgovico Hotel, Park Hotel, Palace Hotel, Hotel Larius and hotel Metropole and Suisse. Around the center of the town there are several inexpensive and comfortable bed & breakfasts, also there are a few villas and apartments which could be taken on rent.

Como has quite a lot of good restaurants, although most of them are likely to be very expensive. The restaurants facing the Lake and in the historic center of the town are generally very expensive and often not that great either. The best places to eat in the city are Gatto Nero and Locanda. Also, there are quite a lot of good pizzerias in Camerlata and Grandate where visitors can find restaurants serving complete meals including wines and desserts for inexpensive price. Birreria is also a good pub where one can enjoy some good drinks, wines and snacks, appetizers and some good music.

There are quite a lot of good places in Como to shop, including a few good malls and shopping complexes. Most of the pedestrian shopping streets are located around the Lake and near the old city. Como is renowned for its silk so the best thing to purchase here would be clothes made from the local silk. Also, the open markets held weekly in different locations are worth a visit since they sell almost everything including hand made products, handicrafts and souvenirs for very low prices. So for those who are looking for local products, the open markets are the best option.