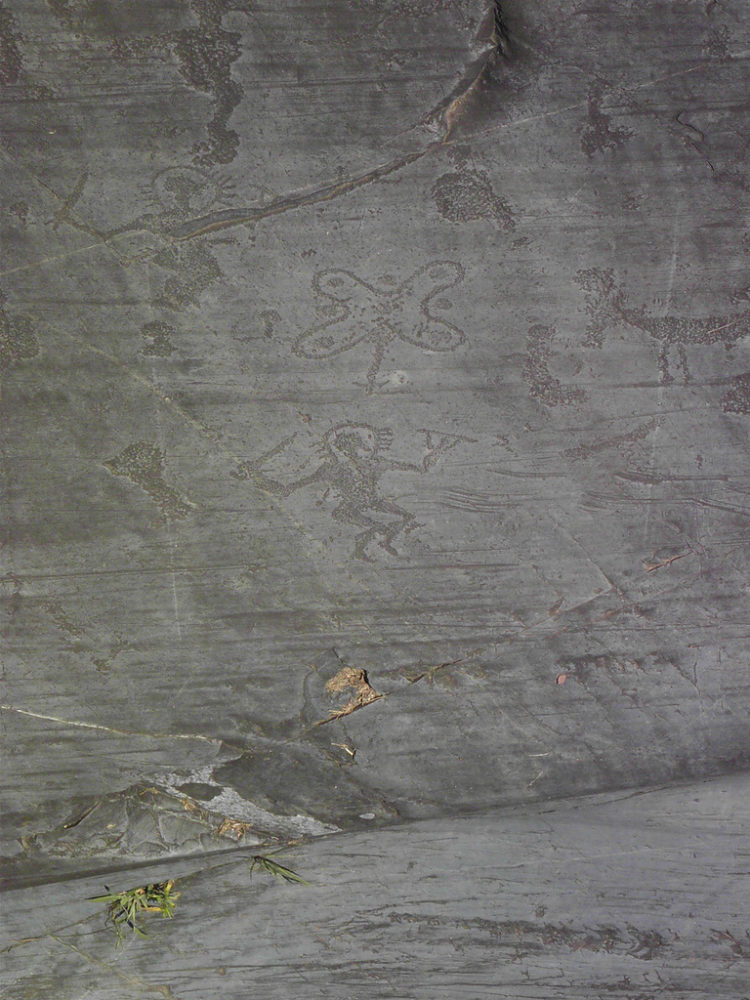 If you are in the Lombardy region think of visiting Valcamonica, which boasts one of the largest collections of rock drawings in the world. There have been about 200,000 figures and symbols carved into the rocks over a time span of approximately 8,000 years. Located two hours drive from Milan, Valcamonica’s pictures depict various scenes and are connected through common themes like magic, war, navigation and agriculture.

The rock drawings discovered in Valcamonica were the first prehistoric symbols of their kind recognized anywhere in the world. UNESCO first recognized the drawings in 1979 when about 140,000 were discovered; however, since then many more have been uncovered.

These drawings are spread all across the valley, but are seen in larger numbers in Paspardo, Cimbergo, Nadro, Capo di Ponte and Darfo Boario Terme. The carvings began to taper off during the Iron Age and they have been attributed to the Camunni people who have been mentioned in many Latin sources. Still there are drawings that have been identified as being from Roman and medieval times with others dated to as late as the 19th century. Many of these were created using the martellina technique of engraving.

Some of the figures discovered in Valcamonica have been superimposed without any order, but in most cases they appear in logical sequences and also explain the relationship between each picture or symbol to tell a story.

Several rituals for special occasions–commemorative, propitiatory and even religious–have been depicted on the walls. One of the most popular symbols seen is the Camunian rose, which was later made the official symbol of the Lombardy region.

The Themes and Periods

In the 1960s Emmanuel Anati was the first archeologist to systematically study the area. Anati drew up a chronology of the drawings and carvings; he compared the type of symbols and the styles in which they were engraved to identify the ages and periods in which they may have been done.

Below is a list of the identified ages of the rock drawings and the style and themes from each era:

The earliest rock drawings date back to 8-6 millennium BC. Centuries before Valcamonica was covered by a glacier, and after the retreat of the glacier the land was inhabited and the rock engravings completed.

The symbols are believed to have been made by nomadic hunters who followed the movements of their animal prey. Most figures depicted in these rock drawings are of typical prey like elk and deer, which were quite common in the area at the time.

These drawing date back to around the 5th millennium BC and their authors were the first to have settled in the region in a sedentary fashion. The occupation of these people was agriculture and their rock drawings feature mostly geometric symbols and figures of human beings.

The wheel and the wagon first appeared during the Copper Age. It is not surprising that the rock engravings from this age feature symbols of weapons, animals, plowing and even various celestial symbols. A series of drawings have also been found that depict a type of ritual function, which appears to be a veneration of ancestors.

The drawings of this time period are centered on weapons and the warriors of society. The geometric shapes and patterns of earlier times can also be seen in the Bronze Age carvings.

The last major groups of drawings to be found in Valcamonica are from the Iron Age. Almost seventy percent of the drawings that are thought to be from the Iron Age have been attributed to Camunni people. The drawings show the ideal of superiority and heroism that were valued by Camunni society. Various human figures, duels, muscles and even genitals were featured in these carvings.

The Roman and Middle Ages Drawings

There are relatively few drawings from these ages. Once the rock drawings gained fame in medieval times new carvings were made, most featuring Christian symbols that overlapped and joined the pagan figures in the background.

The Discovery of the Rock Drawings

The first known modern report of the rock carvings was in 1909 when Walther Laeng happened upon two decorated rocks in Capo di Ponte. Scholars only took interest in the drawings in the 1920s; the main scholars that studied them were Senofonte Squinabol, Giovanni Marro, Giovanni Bonafini and Paolo Graziosi.

More rocks with engravings were soon found in the areas nearby and research into their history began. In the 1930s word had spread around Italy and other countries and soon extensive study campaigns were undertaken by Erika Trautmann and Franz Altheim of Germany.

It was after the Second World War that the cataloging and mapping of the engravings began. This task was taken up by various teams of experts from Italy and other countries that were led by Laeng. In 1955 the Archeological Superintendent of the region began preservation work on the rocks.

In 1960 Emmanuel Anati summarized his studies of the rocks in the book La Civilization du Valcamonica. A large series of conferences were held in 1968 where scholars from all over the world met to discuss the rock drawings, which give a glimpse into various societies of the past.

Thank you for this post. I visited Valcamonica in April of this year and was mesmerized by the drawings as well as by the beauty of the forests in which they are found. They made me feel like a tiny speck in this universe we inhabit.