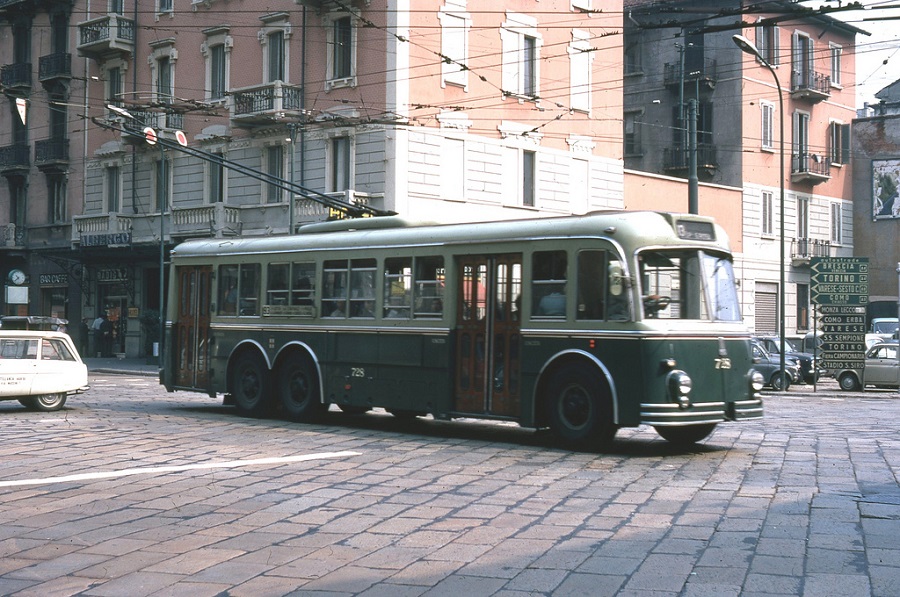 The first thing you’ll notice about the trams in Milan is that they are orange, slow and extremely noisy. Daunting, to say the least, for a foreign tourist.

Trams are one of the symbols of Milan; the most peculiar between them are those called “tipo 1928”: they were built between 1928 and 1932 and there are still 163 cars running around Milan. A trivia: some of these “tipo 1928” are used in the Line F (Castro-Fisherman’s Wharf) in San Francisco!

Even the Milanese think of getting the tram as a mini-odyssey through a city they never really take the time to explore. Nineteen tram lines in all cross Milan, bringing you off the beaten track through streets and squares that even the most intrepid tourists never discover.

For our trip today we’ve picked the Number 4 tram, which, since 1927, has been zigzagging for almost ten kilometres through the centre. The tram exudes old-fashioned elegance with its wooden seats and interior and glass lamps hanging from the ceiling.

The Number 4 route takes us across the Isola quarter of Milan, famous for its political protests, left-wing alliances and, to keep the balance straight, as the birthplace of Silvio Berlusconi. It starts its journey heading over the bridge at Via Carlo Farini, passing in front of Garibaldi Station and then along the Cimitero Monumentale before turning off into the bustling streets of Milan’s Chinatown. It then cuts through the trees of Parco Sempione and ambles down the busy shopping streets of Via Mercato and Via Broletto with their wonderful churches.

Next stop is the magnificent Piazza Cordusio (just a stone’s throw from Castello Sforzesco), and then it’s off again – this time for an even more illustrious square –Piazza Duomo. The route now takes us through the centre of Milan, along Via Mazzini and Corso di Porta Romana, where, if we look from the window, we can see Palazzo Annoni and the Basilica of San Nazzaro.

But don’t get off yet. The Number 4 will take you through a myriad of streets and squares, uncovering a busy vibrant city, before it reaches the end of its line at the colorful fruit and vegetable market.