Lake Omodeo is a large artificial lake that was built in Sardinia between 1919 and 1924. The lake was built through a dam on the Tirso River in the Santa Chiara d’Ula gorge. A very important lake in Sardinia it was also one of the largest of its kind in Europe for many years.

Many parts of the area were affected when the lake was built, such as the village of Zuri, which was demolished and rebuilt upriver. The old Saint Peter Church was also dismantled and then rebuilt, in exactly the same way, except for a new location. The lake, which spreads over 22km of the Barigadu Mountains and flows into the Flumini Mannu River, is an important tourist destination due to the natural beauty that surrounds it. Lake Omodeo is also an important archaeological site with several necropolises having been found in the area.

Sorradile is a small village located on a slope and that looks towards Lake Omodeo and the Triso Valley. The area around the village, which has been inhabited since the Neolithic Age, is filled with many ancient oak trees, almond trees, vineyards and olive groves. The village also boasts gorgeous views of the green pastures, hills and woods of the surrounding area. 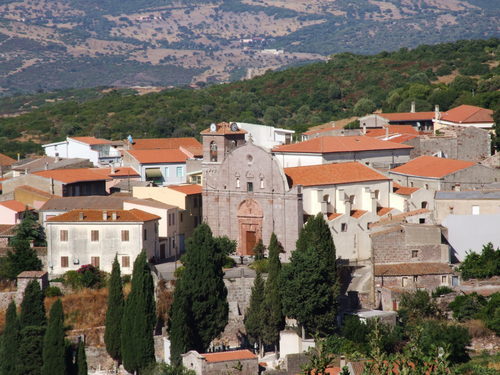 The village is quite charming, filled with houses built of pink trachyte, which is typical to the region. There are two neighbourhoods in Sorradile, though the area is quite compact. The local Church of San Sebastiano, located in the Corte e Josso neighbourhood, was consecrated in 1642 and is well worth visiting. The Gothic-Catalonian structure was built according to the designs of Antonio Pinna in the area where an ancient Roman temple once stood. Until the Great Jubilee of 2000 the church was one of the Seven Pilgrim Churches of Rome and is still a big draw for Catholics.

Sedilo is a small village that drew its name for the Latin word “sedulous,” which means hardworking. Situated on the Abbasanta plateau the village contains many ancient houses, many of which are located around San Giovanni Battista church. There are also several nuraghi in the area along with large tombs and wells, which can be viewed at the archaeological park of Iloi. 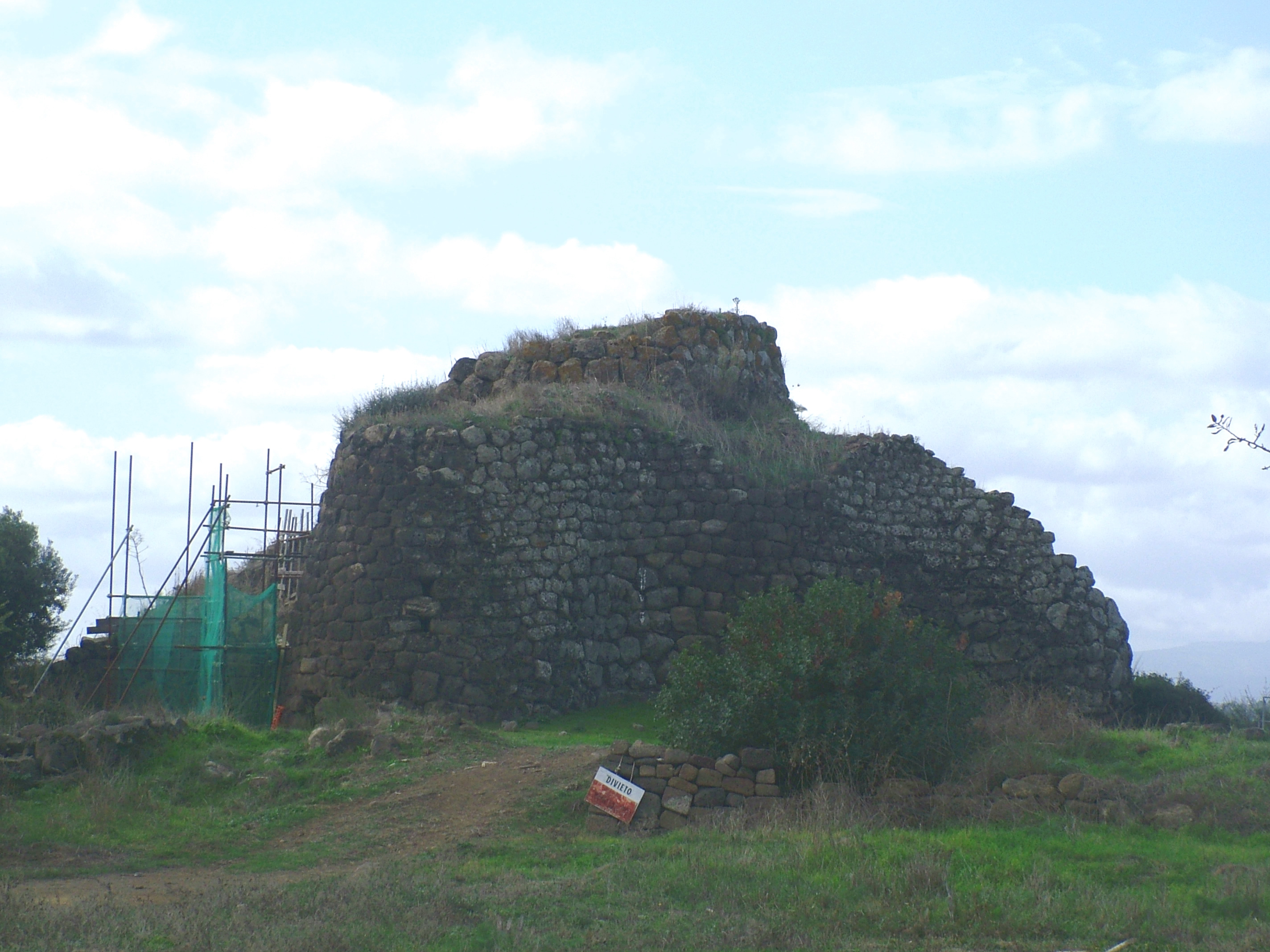 Sedilo’s main claim to fame is its annual religious festival known as Ardia of Santu Antinu or Saint Constantino. The San Constantino church dates back to the 16th century and is located on a hill overlooking Lake Omodeo. There are beautiful sculptures inside the church including perda fitta, which represent the female goddess. The annual race takes place in the open area in front of the church. Several riders from the area compete and thousand of visitors travel to the village every year to witness the event.

The ancient curia of Barigadu is located at the southern bank of the lake on a large plain surrounded by hills. The location is simply beautiful and the areas of Monte Vittoria, Assai, Fordongianus and Allai are also located nearby. Busachi was the capital of the ancient curia along with the town of Neoneli, and it is here that today a beautiful historic center that includes a museum of costumes and linen is located. 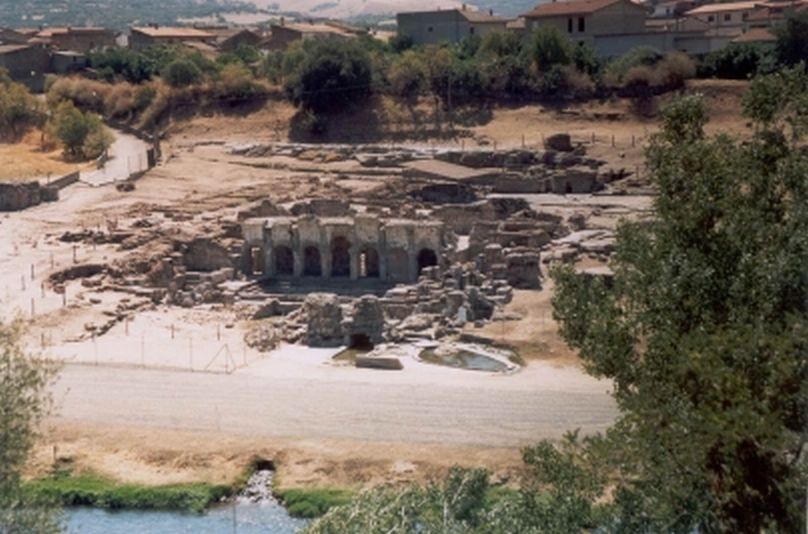 Allai has preserved its rural architecture well and there are many ancient stone houses, complete with internal courtyards, to see in the village. There is also a Roman bridge close to the village that connected the ancient town to Fordongianus where the ruins of the thermal baths are located. These Roman baths were built in the 3rd century BC and are quite important from a historical point of view.

Ghilarza is located in the valley of Lake Omodeo in the large basalt plateau between the lake and the Montifernu Mountains. The area is known for its eventful history and for its many archaeological remains such as the giants’ tombs, the surrounding villages, the nuraghi and the domus de janas. Several funeral urns, coins and ancient pottery have also been discovered in the area, which prove that it has been inhabited since Neolithic times. A typical donjon, a defensive structure, is located right in the middle of the small village and it is believed that the structure was built on top of the ruins of an older castle used to defend the borders of Giudicato from Torres. 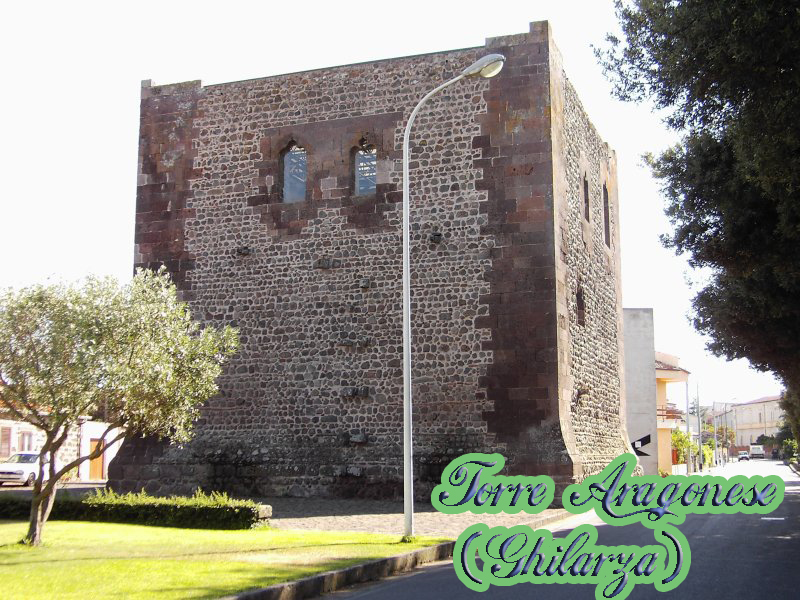 The structure is known as the Aragonese Tower and was used as a prison. Today it is used for conferences and other cultural events. The historic center of the village is also quite interesting. It has several beautiful houses, built in a dark basalt stone that is very common to the area.

The Church of San Palmerio is also located close by and is considered important for its artifacts. The Romanesque church is built in white and black trachyte and dates back to the 13th century. The nearby San Giorgio church is even older having been built in the 6th or 7th century. Today only the apse remains from the original structure, however, San Giorgio is famous for having been linked to the well known Antonio Gramsci, who lived in the area. The house where Gramsci stayed is located on Corso Umberto and today serves as a museum and research center where material can be found on the leader.