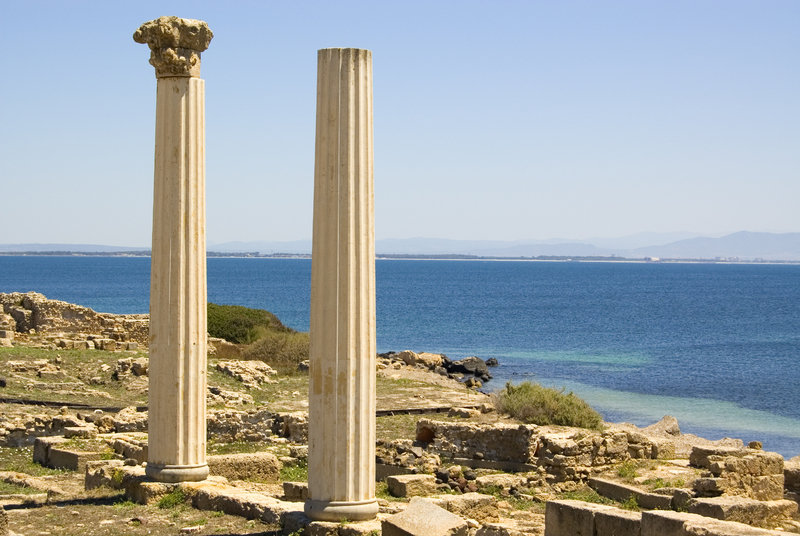 Oristano is a town in Sardinia, Italy. The city has a prosperous feel without being showy; it is a charming place in a very quiet understated way. The architecture, art, museums, Piazzas and the handsome houses in the city all depict a quiet elegance about it which is what Oristano is all about.

The picturesque pedestrian streets with their boutique shops and the tasteful Piazzas here are a thing of enjoyment. Oristano is a town that has plenty of jewels to discover, in the tiny back streets of the town there are plenty of things and places that visitors would come across suddenly and that would leave them spellbound.

The archeological antiquarium Arborense is located in Palazzo Parpaglia and has the most important archeological collections in Sardinia. The mayor of Oristano had purchased this collection in 1938 to start this museum, which remains one of the most visited locations in the city.

The Chiesa di San Francesco is an old church that has been standing intact in the city since centuries. The church is quite marvelous and pretty large in size and has several artworks and sculptures for which it is quite famous. One of the most well known sculptures here is the 14th century wooden sculpture of Crocifisso di Nicodemo. Though the sculpture is a little gory it is still very beautifully made and has been beautifully maintained even after all these centuries.

The Duomo Cattedrale is a very large cathedral that dominates the skyline of Oristano and has been a major landmark of the city since decades now. The cathedral has a huge onion shaped dome which houses the bell tower and stands out amidst the other buildings in the vicinity.

Portixedda is the historic center of the town which is almost circular in shape and it was once surrounded by protective walls. The historic center has elements from its eventful past, with their handsome houses and villas, all of which have magnificent courtyards and shuttered windows; the picture looks as if from another century.

The statue of Queen Eleonora is located in Piazza Eleonora d’Arborea which has become the central Piazza of Oristano due to the reforms in the city in the 19th century. The piazza today is quiet and peaceful place where visitors and locals sit and relax and catch their breath before moving ahead to other locations in the city.

The Torre di Mariano II is located in the historic center of the town on Piazza Roma just outside of Portixedda. This used to be a part of the massive ancient wall that had once been standing to protect Portixedda. Although much of that wall doesn’t exist anymore, the tower is still standing almost intact, reminding people of the once standing high walls at the location. The tower is quite impressive, both in size as well as in architecture.

Oristano is very well connected to the rest of Sardinia through plenty of train lines. Regular scheduled trains run from Cagliari to Oristano several times per day. Other than Cagliari, visitors can also reach Oristano through trains from other locations like Sassari, Olbia and other smaller towns in Sardinia. Buses are also quite a good way to reach Oristano since there are plenty of bus services that reach the city from Cagliari, Sassari, Olbia, Nuoro and other cities. The main bus stop is located close to the center of the city in Oristano.

Oristano is quite a compact city so moving around the city is not much of a problem. Moving around on foot is a very good option since the streets in the city are really beautiful, also there are plenty of places to be explored in the city which are away from the main attractions, and so exploring them on foot is the best way to do it. Apart from that there are also the public buses which cover the city quite well. Buses here are very timely and are not expensive at all; these buses cover most of the attractions in the city.

Oristano is an elegant and a charming city, and its hotels reflect the same quiet understated taste that is seen everywhere in the city. There are quite a lot of fantastic options for people who are visiting the city, there are plenty of good hotels, bed & breakfasts and small Villas turned into hotels and run by families. There are quite a lot of luxurious hotels around the center of the town which are worth considering like Hotel Mistral 2, Mariano IV Palace Hotel, Duomo Albergo and Villa delle Rose. Apart from these there are plenty more options scattered around the town including some cozy apartments on rent for those planning to stay longer.

Oristano has some of the best restaurants in Sardinia; the food here is really good no matter which restaurant you go to. There are plenty of places here where visitors would be able to find typical Sardinian dishes, Italian home cooking as well as international flavors. Like everything else in town, the food here is simple and good. If you are here in Oristano you could try some fresh sea food dishes, risotto, Aragosta, wine, Panne Fratau, as well as some great ice cream and gelato.

Shopping in Oristano can be a real pleasure since there are many picturesque pedestrian streets lined with beautiful shops and boutiques. The shopping avenues in the city are punctuated with cafes and ice cream shops here and there which is a welcome break for shoppers. The best things to buy in the city are bottles of local wine, some great books, local home made pastries and hand made souvenirs. To buy local wine, the best place to try would be Cantina Sociale della Vernaccia, where the vernaccia producers get their grapes to be crushed.