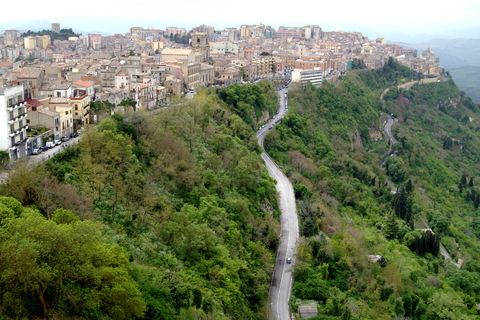 Enna is a city located in central Sicily in Italy. Enna has been known to be one of the most panoramic locations in Sicily and has also been frequently known as the Navel of Sicily. Through the years Enna has been an agricultural and working class town, known to the seat of the goddess of fertility. Enna has always been an important agricultural center, supplying wheat, cane and cotton to the surrounding areas in the past centuries during the rule of the Arabs, Greeks and the Romans and continues to supply agricultural produce even today to most of the neighboring cities.

Enna can be reached from Catania and Palermo via train that runs at regular intervals between these cities. The main bus station is located in the historic center of the city and has regular buses coming from and going to cities like Agregento, Catania, Palermo and other smaller towns in the city. These buses are quite regular and there are plenty of buses that run on any particular day. The train station and the main bus stop could be reached by the local public buses or by a taxi. 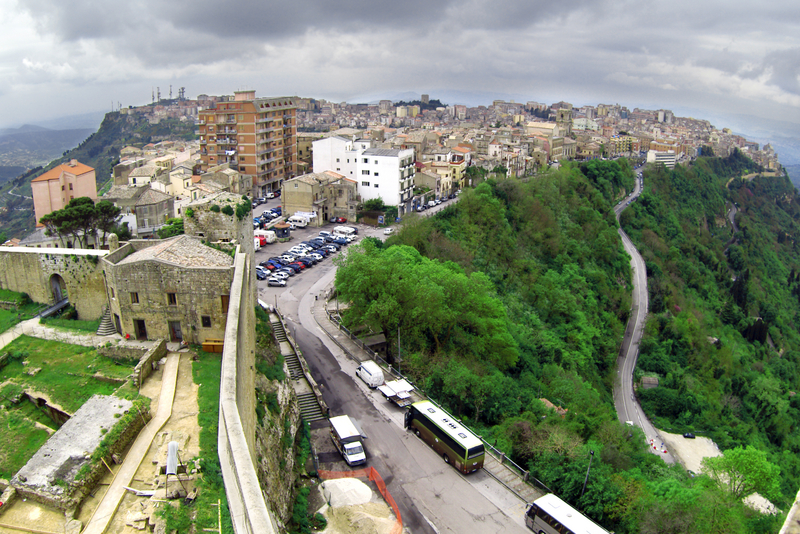 Another view of Enna

Costello di Lombardia is an old castle built by the Saracens which was later restored and expanded by the Normans during their rule. The walls of the castle are quite imposing in size; the walls were initially built with twenty towers on all sides. The walls still are quite intact but only six of the original towers are still existent at present.

Piazza F Crispi is the main Piazza in the city and remains crowded through the day and especially in the evenings with locals and tourists alike. The Piazza is the perfect place to enjoy the sunset and at the center of the Piazza is the legendary Fountain of the Rape of Proserpina which has become a major landmark in Enna. The fountain is actually a copy of the original fountain which is in Rome.

The archeological museum is located close to Piazza Mazzini and has a small but interesting collection of various artifacts that were found within this region. The attic style red and black drinking vases were found in Enna itself during an excavation a few years back.

Palazzo Policarini is known to be one of the most beautiful buildings in Enna. The Palazzo is located close to Piazza Colaianni, the ancient building has now been converted into a private apartment and it still has beautiful staircases and marvelous courtyard which are worth looking at.

The temple of Demeter has been built and dedicated to the goddess of fertility and is located close to the castle. The temple had been built originally in 480 BC and only the remains exist today. The ruins are open to visitors and the location is perfect to watch the sunset and enjoy an outdoor picnic.

The Via Roma Cathedral is one of the oldest cathedrals in the city; it was destroyed in a fire in 1446 and has been restored since then. The exterior has a gothic architecture and the interiors are all Baroque style with beautiful designs and details. 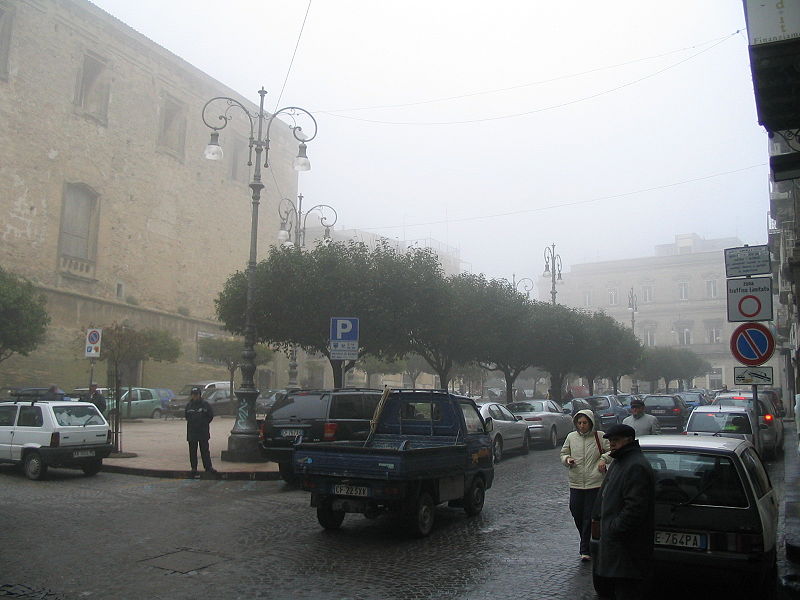 Enna has enough accommodation options for all budget ranges. There are a few high end hotels here that have luxurious rooms and excellent standard of service. If you are looking for a lower budget option there are plenty of bed and breakfast hotels as well as dorms and hostels in the city. There are also plenty of family run hotels that are quite comfortable and charming and are inexpensive too. However, booking in advance is recommended since the hotels are usually quite crowded and expensive in the tourist seasons and in the summers.

Eating Out in Enna

Enna has quite a lot of restaurants, big and small as well as fast food joints through the city. The restaurants here serve classic Italian food and regional dishes as well as international cuisine. Some of the restaurants in Enna are posh and quite elegant. However, if you prefer local cuisine and a relaxing atmosphere there are plenty of family-run smaller restaurants that serve regional dishes that are made from fresh local produce and sea food. There are also plenty of cafes in the city that serve coffees, refreshments and snacks indoors and outdoors as well as bars that serve some exotic cocktails.

Enna has quite a lot of shopping venues though the city where you can get international brands as well as locally made simpler merchandise. One of the best places to visit in Enna for shopping is Via Mercato Sant’Antonio Market. This is a local market where the locals come to purchase their daily requirements. The market is located close to the city center and the best time to visit is in the morning when the fresh produce arrives in the market. One can buy fresh fruits and vegetables, variety of cheeses as well as freshly baked bread here.