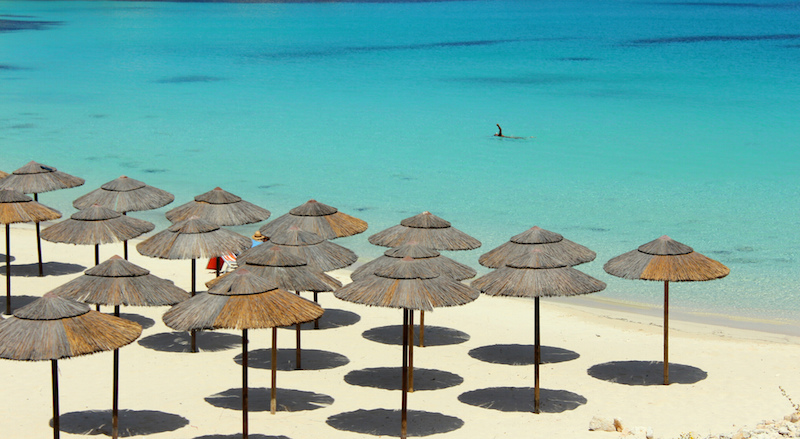 Lampedusa is an island located in the Pelagie group of Islands in Sicily in Italy. The island is the largest one in the group of islands and is the southernmost island in Sicily; it is situated in the middle of the Mediterranean Sea. The island is only 3 Km wide and is 12 Km long. Lampedusa has a very vibrant culture and a historic past since over the centuries it has been inhabited by quite a lot of different nationalities and tribes including the Romans, Arabs and Greeks.

The buildings, culture and the architecture still retain the influences of all these different inhabitants from centuries ago. Agriculture, tourism and fishing are the main industries. However, the island is mainly known for illegal immigration that it has suffered from in the recent years.

Lampedusa is a very quiet island and the best thing to do while here is to enjoy the natural beauty of the island. Most visitors come to the island to visit the beautiful beaches, spend time relaxing in the sun and swim in the cool waters. There aren’t many activities to do here; except for the beaches and the nature trails.

Lampedusa has quite a lot of beaches; several of them are pretty famous and tend to get very busy and crowded during the main tourist seasons. However, there are plenty more beaches on the island which are still hidden from the tourists and are mostly known only to locals. Visitors who have rented a scooter or a moped can easily spend their time looking for a few beautiful deserted beach to spend their time in solitude and privacy. Most beaches are good for swimming, the waves are not very strong so they are perfect for families with kids.

The Island of the Rabbits

The island of the rabbits or as it is popularly known here, l’Isolotto dei Conigli is a good place to visit as a day excursion from Lampedusa. The island got its name since it was once filled with rabbits, however, now only a few rabbits can be spotted. The island is quite small and is a good place to visit to enjoy its lovely beaches and to just relax with an afternoon picnic lunch. The island remains mostly deserted during the weekdays and only a few people visit here on weekends. Ferries and boats are available from Lampedusa to reach this island. Visitors can also hire their own motor boat and visit the island on their own.

The island of Lampedusa is quite lush and is rich in local flora and fauna. There are several different nature and hiking trails around the island, marked and unmarked. Since many parts of the island remain relatively deserted it is an enjoyable experience to just walk around the trails and enjoy the beautiful views of the sea. Those who are interested in nature would definitely love to walk around the island. Just be careful of the heat, bring water and a hat during the hot season.

Lampedusa is also quite popular for scuba diving since there are a few diving sites around the island. The water is exceptionally clear and is reach in sea life which makes it quite enjoyable to dive and explore the marine life. Those who are experienced can rent the diving gear from the shops on the island. The exact location of the diving spots can be found out at the same shops. There are also a few places that have their own diving instructors for those who are still new to scuba diving.

Getting to Lampedusa Island

The only way to reach the island is by ferry and plane. The large boats and ferries depart every few minutes from several destinations in Sicily. Porto Empedocle is located quite close to Lampedusa and most ferries coming in to the island are from there. The ferries do not take long to reach the island from Porto Empedocle. During summer, hydrofoil services are generally used instead of ferries. The hydrofoils are much quicker than the traditional ferries, but these also tend to be very crowded due to hordes of tourists that visit the island in the summer months. The tickets are very inexpensive and it doesn’t take long to reach the island. It is best to avoid travelling during the peak rush hours.

Lampedusa is a fairly small island and there are only a handful of places to visit here. The best option is to explore the island on foot. The main attractions on the island are all centrally located and concentrated in one area which makes it easier to visit them on foot. Another great way to explore the island is by hiring a scooter or a moped. Mopeds and scooters are available on rent in several places on the island and they are not very expensive. However, visitors must be careful with the fuel since there are only a few gas stations.

Lampedusa is not a very large island; however, since it is seeing a rising trend in tourism it does have some good places for accommodation. There are some expensive as well as some budget hotels, most of which are quite comfortable and clean. Some good hotels to try while on the island are Le Pelagie Hotel, Villaggio La Rocca, Medusa Hotel SRL and Hotel Baia Turchese.

Eating Out on Lampedusa

There are a few good restaurants that serve Sicilian and Italian cuisine. There are also a few places that serve good pizza and other European fare. Ristorante Gamilli, Borge Cala Creta and Ristorante Belvedere are the best known places to eat in Lampedusa.

There are quite a lot of places on the island that sell locally made pottery, wooden items, souvenirs and some good places to purchase Italian wines.