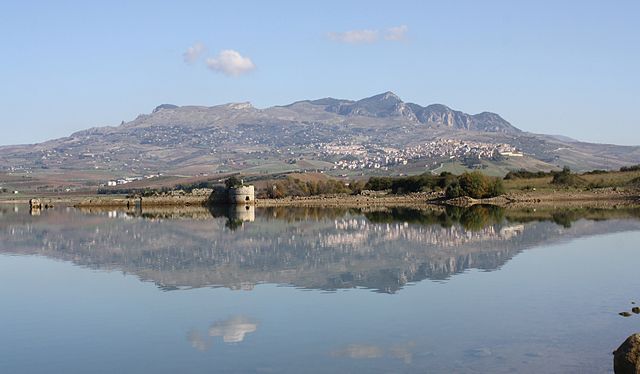 Here at lifeinitaly we have already dedicated an article to the Borghi più Belli d’Italia, a national association supported by ANCI, the Associazione Nazionale Comuni Italiani (the National Association of Italy’s Municipalities), created to promote tourism in Italy’s smaller, yet highly characteristic towns and villages.

The association has been working also with Italy’s national tv, RAI, to elect every year the “Borgo dei Borghi,” the fairest of all among Italy’s quaintest boroughs. The winner is usually elected on Easter Sunday, during the popular art and nature’s show “Alle Falde del Kilimanjaro,” a staple  of RAI 3’s schedule. The choice is made among 20 small towns and villages part of the Borghi più Belli d’Italia’s list, voted by the public as well as a special jury.

In 2016, for the third year in a row, Sicily got the top spot, with a small centre in the province of Agrigento, Sambuca di Sicilia, winning the title.

Sambuca di Sicilia is a small centre with less than 6000 inhabitants in the Sicilian province of Agrigento. Founded by the Arabs who once ruled over the island, and conveniently located only a stone’s throw from Menfi, Sciacca and the Archeological Park of Selinunte, Sambuca di Sicilia was very likely founded in the early Middle Ages by the Arab Emir Al-Chabut, who had his own castle built on the hill where the village lays today. Of the glorious abode of Al-Chabut there is no longer trace, yet that very spot is occupied by two of the village’s beauties, the terrazzo Belvedere, an amazing terrace overlooking Sambuca’s surroundings, and the village’s Chiesa Matrice (or Chiesa Madre). This latter building was badly damaged during one of Italy’s most tragic earthquakes, the “terremoto del Belice” of 1968, but has been set for restoration: hopefully, after the attention brought to it thanks to the Borgo dei Borghi competition, this jewel of Italian art’ll return to its former glory, maybe even in accord to the plans outlined by the mayor of Sambuca di Sicilia Leo Ciacco himself who, in 2014, called for the support of the whole community to see the “Matrice” opening again for the 50th anniversary of the earthquake, in 2018 (it did reopen at the beginning of 2019).

Beautiful and of extreme impact is the amazingly well preserved “quartiere saraceno” (the arab quarter), characterized by its Kasba-like narrow alleys and hidden yards, and complete with recently discovered “purrere,” tufa quarries connected by underground passages that still run underneath the surface of Sambuca’s modern streets. The “purrere” turned into jails and cemeteries during the Middle Ages, only to be forgotten and neglected for centuries, until recent years when an historical interest developed around it. Today, the “purrere” can be visited.

The village is known also for its many churches – at least twenty – some of which have been transformed in museums; its archaeological museum, located in Palazzo Panitteri and its beautiful 19th century theatre, the Teatro L’Idea are also worth a visit. Interested in the Classics? Sambuca di Sicilia has something for you too: the ruins of a Roman aqueduct.

Even the surroundings of the village are of great interest for arts and nature buffs alike. The area of Monte Adranone, just north of Sambuca, is one of Sicily’s most relevant archaeological sites, home to the 5th century BC punic-greek city of Adranon. Its necropolis is one of the best preserved parts of the archaeological area, known especially for the Tomb of the Queen.

If history is not your thing, worry not, because Sambuca di Sicilia’s surroundings are rich in natural beauty, too. More than that, its hills are known for their vineyards and for the quality of the wine here produced. Local cuisine offers typical dishes of the sicilian culinary tradition, but is especially known for the “minni di virgini,” a cake made of a shortbread crust filled with cream, candied pumpkin, chocolate chips and cinnamon, usually decorated with “diavulina,” colored sugared sprinkles. Translated into English, the dialectal “minni di virgini” becomes “vergins’ breast:” an interesting name, considering the inventor of the cake (but not the name, of course) was an 18th century nun, sister Virginia Casale di Rocca Menna.

Palermo’s Falcone-Borsellino (Punta Raisi) is the closest airport to Sambuca di Sicilia, at about 95 km (60 miles).

From Palermo: take the A29 Palermo-Mazara del Vallo motorway in the Mazara del Vallo direction, exit at Gallitello and follow on the SS 624 (Palermo-Sciacca), towards Sciacca.

The village can be reached also by bus from Palermo, Agrigento, Sciacca and Menfi.

We have been there to visit friends and found the village to be a very special place!

How do we get on the wait list to buy property?

Hi Ritu, did u get any info on this city. We are also planning to shift there.

I am a yoga instructor and my husband a banker and live in India. We are really interested in learning about Sambuca more. Please let us know if there are English schools for children. My children are in 5th and 7th grade.
Thanks