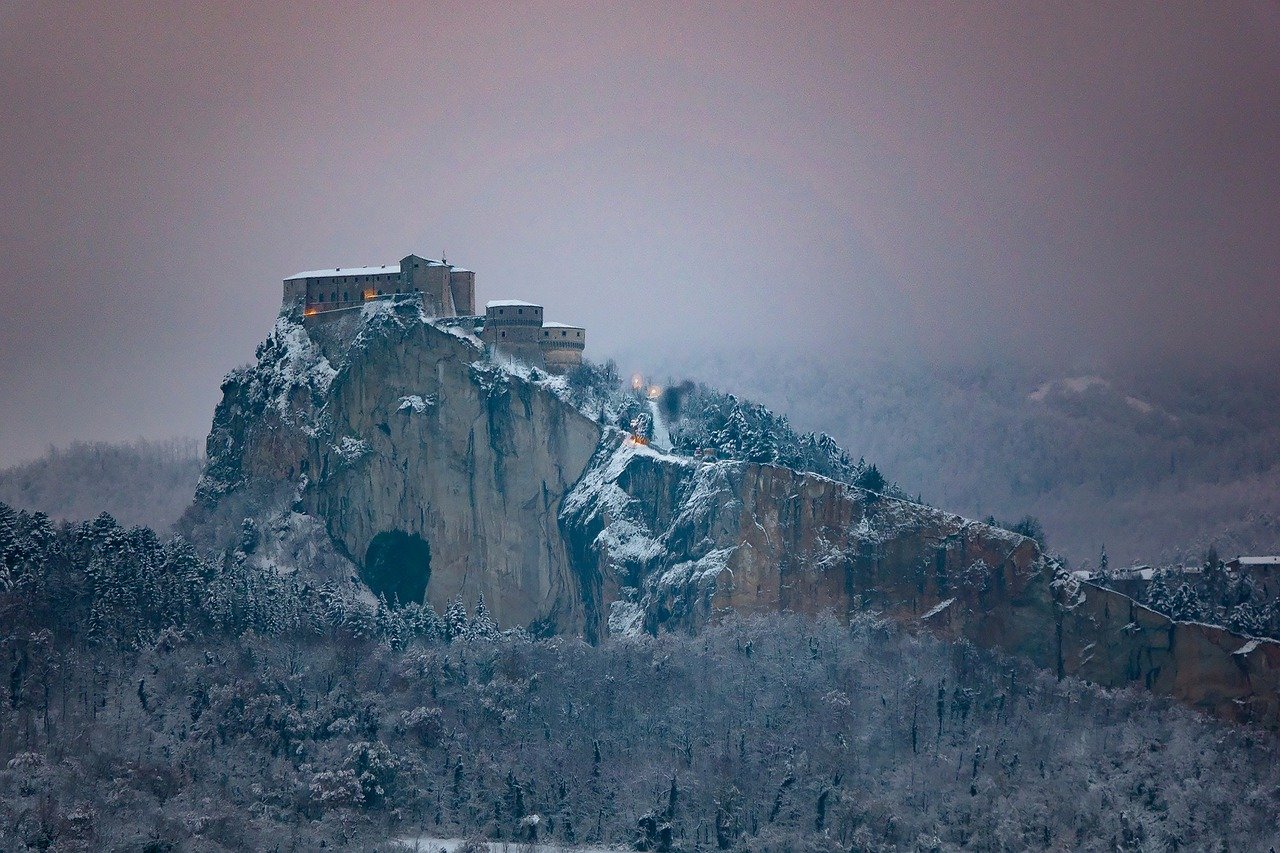 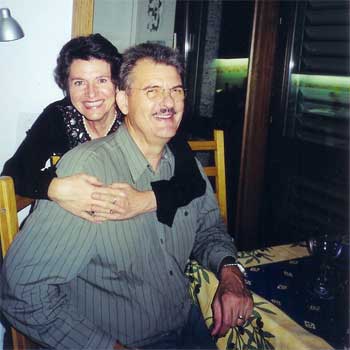 Today, Norm Goldman, Editor of sketchandtravel.com is pleased to have as a guest, Philip de Bruin.
Philip is originally from South Africa and for many years had been involved in the Information Technology sector.
In 1998, Philip and his wife Catrien moved to Europe and have been doing a great deal of Traveling, particularly in Italy.
Philip is here to discuss the Montefeltro region of the province of Marche, as well as other areas that have not been taken over by tourists.

Good day Philip and thank you for agreeing to participate in our interview.

Norm:
Philip could you tell our readers where is the Montefeltro region and why, as you mentioned on your web site, that it is Italy’s best – kept secret?

Philip:
Montefeltro is an area in the north western corner of the province of the Marches in Italy. It shares a border with crowded and expensive Tuscany.
Norm, we’ve traveled extensively in Tuscany and the Marches. We’ve been to Ascoli Piceno, Urbino, and San Marino, but somehow none of our guide books and the many travelogues that we consulted ever mentioned Montefeltro. Even the trusted Michelin Guide for Italy mentions Duke Federico da Montefeltro of Urbino but nothing about the Montefeltro area. But it was in this relatively unknown area that we experienced all elements of the old Italy we dreamed about.

Norm:
If you had to choose five of the most romantic areas of the Montefeltro region, which ones would be your choices and why?

Philip:
The medieval city of San Leo with its fortress. The fortress impressive setting dominates the Marecchia Valley with immense panoramas. The village is a joy to explore. The tiny walled medieval city of Frontino with its rolling countryside. So peaceful as a base for walks or other excursions. So rich in history. The rolling landscape as seen from Monte Carpegna towards the Due Sassi Nature Reserve. Even if you’re not into hiking, this landscape let’s you put on your walking shoes! My wife and I decided on a draw between Piandimeleto, where the beekeeper is based, and Bellforte all Isauro, where the truffle hunters are based. Each village has a medieval fortress with a relatively modern rural Italian town that sprawls round it. The vista from the restored convent of Monte Illuminato near Lunano. It reminded us of the smoky and hilly background that Leonardo da Vinci painted for many of his masterpieces.

Norm:
I understand you are very familiar with the Montefeltro Language and Culture Centre. What is this all about?

Philip:
Without the Language and Culture Centre our experience of Montefeltro would have been superficial. Every course is taught by an expert, but you realize all the time how much the region and culture influence the content of the course. Most of their courses expose you to the local people. After a few days everybody in the village knows that you are on a course at the Language and Culture Centre and people would spontaneously strike up a conversation with you.

On every cultural excursion you have a knowledgeable guide that would explain to you the geography, the history, the traditions, and the processes. The locals are proud of their craft and appreciate your interest. Business people that regularly stay over at the hotel would stop during dinner at your table to ask about your progress and experiences. To summarize: The all-inclusive packages offered by the Montefeltro Language and Culture Centre deliver more than the sum of its parts. If a similar all-inclusive experience exists in Italy we were unable to find it so far.

Philip:
Norm, we always travel by car but public transport is very good in Italy and the determined traveler would be able to reach any of the areas mentioned. Over the years we found the first two weeks of September to offer good weather although the landscape is parched and straw colored. In general we avoid Traveling during July and August when the European holidays are in full swing.

Often knowledge of the history of a region is important for enjoying it. I’m listing five areas randomly:

The Valle Vigezzo and Valle Cannobina near overcrowded Lago Maggiore. With the stronghold of Gurro and its Scottish origin in 1525! I’m not going to tell its fascinating story now, but do visit the museum. From November to February Gurro could be buried under snow. Torrechiara, south of Parma, and its castle. To the north east of Parma, Sabbioneta and Mantova. The old centre of Parma is also worth a visit. South of Orvieto in Lazio is Civita di Bagnoregio and Montefiascone further on with the Hotel Urbano V one of our all time favorites. Lago di Bolsena and North West of it Sorano and Pitigliano. Gallipoli and Otranto on the heel of Italy with the fishing villages on the coastal road between them. Although the northern part of the island of Sardinia is overcrowded in July and August, it is lovely to visit in early September. Places like Cala di Volpe, Porto Cervo, Baia Sardinia, Porto Rafael, Castelsardo, Cala Gonone, and Orgosolo are worth visiting.

Norm:
I have often heard that travel in Italy is expensive, particularly if you are coming from North America. How valid is this and what would you suggest to North Americans if they wish to cut down on their expenses?

Philip:
Yes, travel in Italy is expensive. The one item that could blow your budget is the price of your meals. Italians, like the French, are prepared to pay much more for their meals. Although fast-food outlets like McDonalds are everywhere, you would be missing out on your Italian experience if you eat your meals there.

The rule of thumb we use is to find a place where the locals eat. Not the local tourists, but the local laborers or office workers. The setting would not be in the tourist area and with hardly any passing show.

The ambience might not be great either, but the food would be good and affordable. For lunch these establishments often have a fixed menu which would normally be a good deal and could include wine. If the price is too steep, there might be the piatto del giorno (the day’s special), or what we often do is to order simply a plate of spaghetti. More filling than that you can hardly get. Do remember that in Italy the service is included when you compare prices with those in North America you don’t tip.

The larger supermarkets in Italy prepare wonderful dishes for take-away. It offers value for money that can’t be beaten.

One more tip: Virtually every small village has an Informazione that opens usually at 4pm. Ask for a room at a good price (a buon mercato) soon after they open. You’ll get a room in a hotel or pensione slightly away from the piazza where all the action is, but at a good price. These establishments often offer a half-board price that includes a huge dinner and could be only a little more expensive than just the room rate.

Norm:
I understand that you now make your home in Campione Switzerland. Why did you choose to live here and where is it located?

Philip:
Campione d’Italia is politically in Italy, but it is an Italian enclave wholly inside Switzerland. We operate as if we are resident in Switzerland without any border control. I know it’s confusing! The history of this phenomenon is rather complicated and I won’t try to explain it now. Campione is on Lake Lugano in Switzerland across the lake from the city of Lugano. We do think that our area is the most beautiful in the world with the most agreeable infrastructure and Quality of Life!

Norm:
How easy or difficult was it for you and your wife to make the change from living in South Africa and moving to Europe?

Philip:
This is a difficult one to answer:

South Africa is going through a traumatic time in its history. Crime, and especially violent crime, makes it a very dangerous place to be. Compare this with Europe, and Switzerland in particular, and it is a world apart. In that sense it was easy to move to Europe. Neither of us was blessed with the gift of tongues, so the languages of Europe are a real challenge to us. We do miss our family, our friends, and our church in South Africa.

Norm:
Is there anything else you wish to add pertaining to living or visiting Europe?

Philip:
Many North American have their roots in Europe. The first de Bruin went to South Africa in 1692 from Holland. But Europe is much older than the US, Canada, or South Africa. It had its share of turmoil. It survived catastrophes as well as golden eras. I think it is most rewarding, really essential, to visit Europe a few times and visit it with an open mind.

Norm: to conclude, thanks for the chat. Your interview reminded me that this is as good as it gets!

Thanks once again Philip.