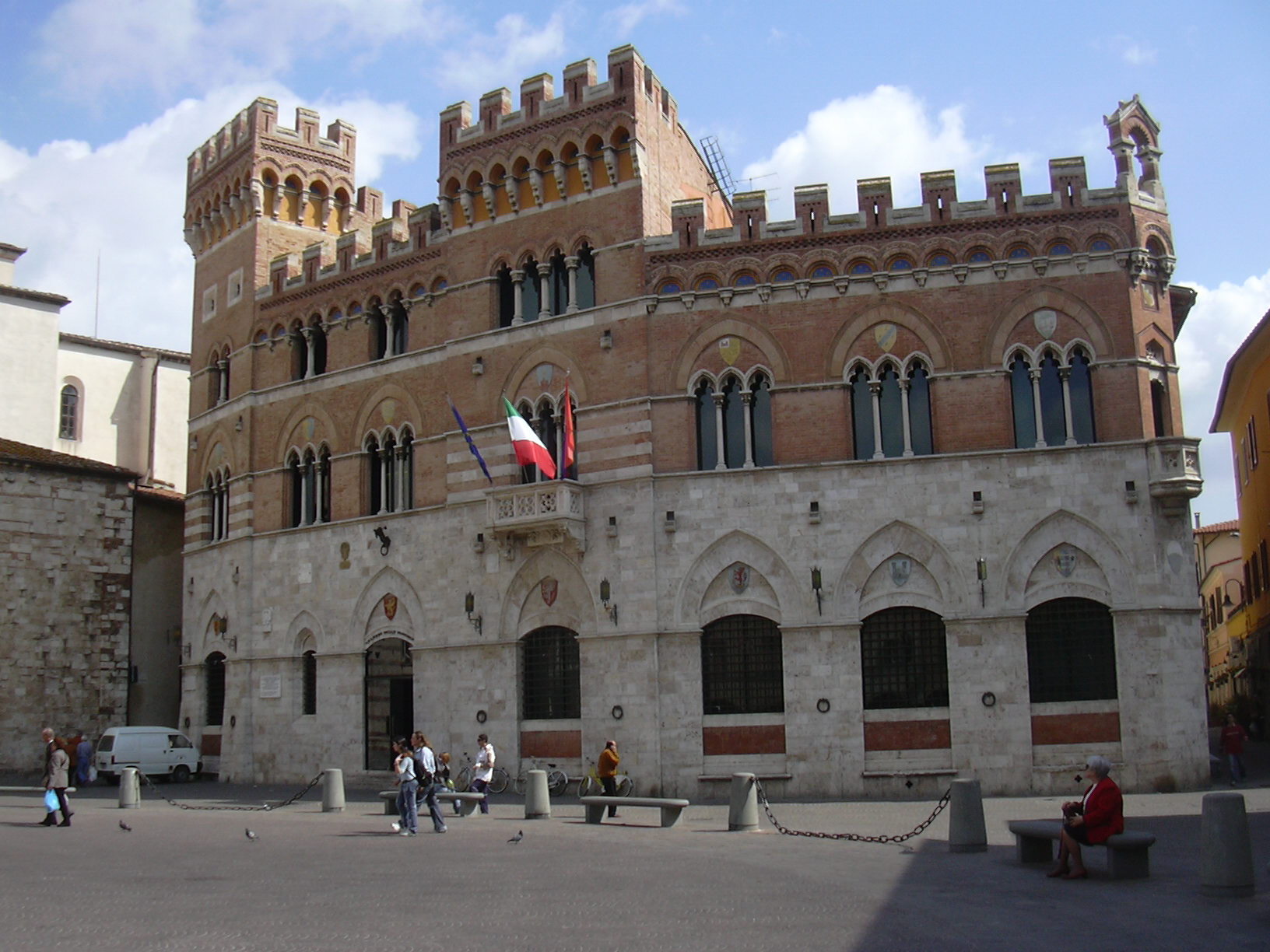 Grosseto, in the Maremma area, is one of the most unique and interesting places in gorgeous Tuscany. Famous for its potent, unbridled character the landscape of Grosseto is unique and not typically Tuscan. The landscape of the Maremma region is varied, moving from severe to mild and featuring dense forests and olive groves, as well as expanses of flat plains, sandy beaches and steep rocks. Amidst the fascinating landscape, visitors to the area will be surprised by dazzling cathedrals, medieval villages, and ancient fortresses.

The medieval town of Grosseto is at the center of the plains of the Ombrone river, nestled close to the Tyrrhenian Sea. When first mentioned in written history in 803, the town was part of the territory of the Counts of Aldobrandeschi and continued to be until the 12th century. In the 16th century the Sienese ruled the area at a time when the entire duchy of Charles V was given to Tuscany’s Grand Duke, Cosimo I de Medici. During this period the town’s defensive walls, which can still be admired by visitors today, were built. A small town for the better part of its history, Grosseto’s population numbered only 700 well into the 18th century.

The ancient Medicean walls of Grosseto were ordered to be constructed in 1574 by Francesco I de Medici to replace the city’s older fortifications. The design was created by Baldassarre Lanci and it took around 19 years for the construction to be completed. Today visitors can admire the ancient walls during a stroll through the city’s two large gates, Porta Vecchia to the south and Porta Nuova to the north, as well as the public park that now exists in the area.

The Romanesque Cathedral of Grosseto is the most important monument in the city. Built over the remains of an earlier church, construction began in the 13th century according to the design of Sozzo Rustichini of Siena. The cathedral, with its Latin Cross layout, apse and transpet, took over 200 years to complete. Upon entering the cathedral you will be greeted by a single nave with two aisles separated with pilasters in cruciform. Visitors can gaze upon a beautiful Madonna delle Grazie artwork by Matteo di Giovanni and an elaborately carved 15th century baptismal font.

Originally built in the Middle Ages, the palace as seen today was entirely rebuilt in the 19th century. The neo-Gothic façade of the palazzo features mullioned windows and gorgeous merlons on the upper walls. Today the palazzo is the main seat of the Province of Grosseto and faces out onto Piazza Dante.

Once a part of the main city of Grosseto, the tiny town of Roselle boasts many ruins dating back to the Etruscans. These finds include six kilometers of cyclopean walls as well as sulphur baths, recently restored for use. Visitors will delight in the Roman roads and mosaics to be seen around the town.

While there is an airport in Grosseto it is usually closed to civil traffic. The other airports closest to the city are in Florence, which is 85 km from the city, Pisa which is located 160 km from Grosseto, and Rome, which is 180 km away.

Grosseto is also easily reached by bus. The state buses of Tuscany depart from stations in Rome, Florence and Pisa, as well as small towns in the region, every few hours. Tickets have to be bought at the bus station and the buses are quite comfortable.

If you are interested in driving to Grosseto it is easily reached by car.

Grosseto is not a very large town so visitors will find it easy to navigate on foot. Rented bicycles are another popular option for getting around the area. Traffic and parking is not usually a problem so it is also easy to see Grosseto by car.

There are many choices when it comes to staying over in Grosseto, including a few inexpensive bed and breakfasts and budget hotels. Those interested in a more traditional experience may want to consider renting out a country farm or one of the Agritourism residences in the area. Some of the best known hotels in Grosseto include the Park Hotel Zibellino, Hotel Residence Roccamare, Tenuta Col di Sasso, Hotel Lorena, Tenuta San Carlo, Casina di Rosa and Grand Hotel Bastiani.

Eating out in Grosseto

Grosseto has many traditional restaurants, osterias and trattorias where visitors can sample regional fare. For those interested in more international types of cuisine there are a few choices to be found in Grosseto, but not many. Some great restaurants in the city you might want to try include Ristorante Canapone, Big Pizza, Ristorante Buca di San Lorenzo and Ristorante II Carrettino.

The weekly food markets held in the town are not only a shopping experience, but the best way to catch a glimpse of the lifestyle of the local residences. These markets are usually very crowded, but worth it as they offer a great selection of breads, cheeses, fruits, vegetables and other food items. Local wines are available almost everywhere and olive oil is also available in all food stores.

The quaint Medieval town of Grosseto is a nice change of pace from urbane Florence and the lush vineyards of other areas of Tuscany. Make your way to the small town to get a taste of local life, gaze upon the archaeological jewels of the area, and enjoy some good food and great wine in the process.