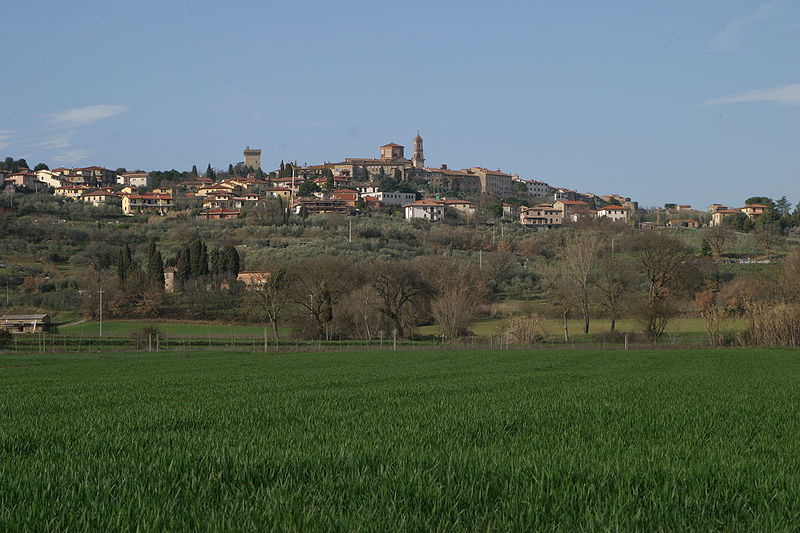 Lucignano is located in the province of Arezzo in Tuscany, Italy. The town is located close to the cities of Arezzo and Florence. Lucignano is quite a small town, spread out over an area of 45 sq. km with a population of approximately 4,000. Lucignano is a quite well preserved medieval town located on top of a hill with many of the medieval buildings still intact.

For nearly two decades Florence and Perugia had fought over the possession of Lucignano and it was during the rule of Florence and later the Medici’s Grand Dukes that most of the urban buildings and architectural monuments were built in the town. Like smaller towns and villages in Tuscany, the economy of Lucignano is based on agriculture. 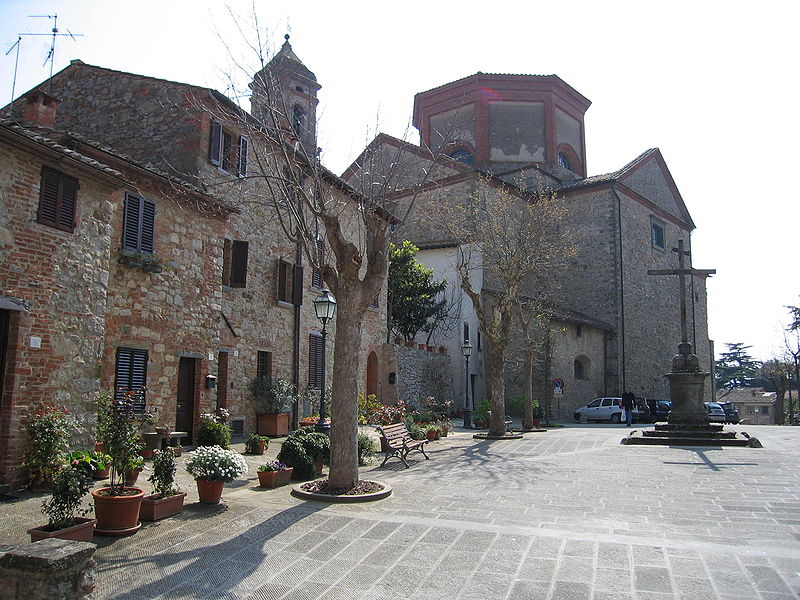 Lucignano is located quite close to Florence and Arezzo so there are plenty of ways to reach the town. The best option is to travel by air to Florence and reach Lucignano by road either by buses or taxis. Buses and taxis are quite easily available at the airport; however, the taxis are quite expensive. Another way to reach Lucignano is by the state bus system. Plenty of buses run at regular intervals from Florence, Arezzo and other smaller towns of the province for Lucignano. Tickets are easily available from the bus stations and advance booking is not necessary. Visitors who have their own cars can easily drive down from Arezzo and Florence which will only take approximately an hour by road.

Lucignano is spread out over an area of just 45 sq km. and the main sights are located close to the center of the town so they can all be visited easily on foot. The climate here remains mild through the year so walking around is comfortable even during the summer months. Those who intend to explore the areas around the town can also rent mopeds or scooters during their stay in Lucignano. Visitors who have their own cars can very easily explore the town by car since parking is easily available and the streets here are not yet traffic congested. 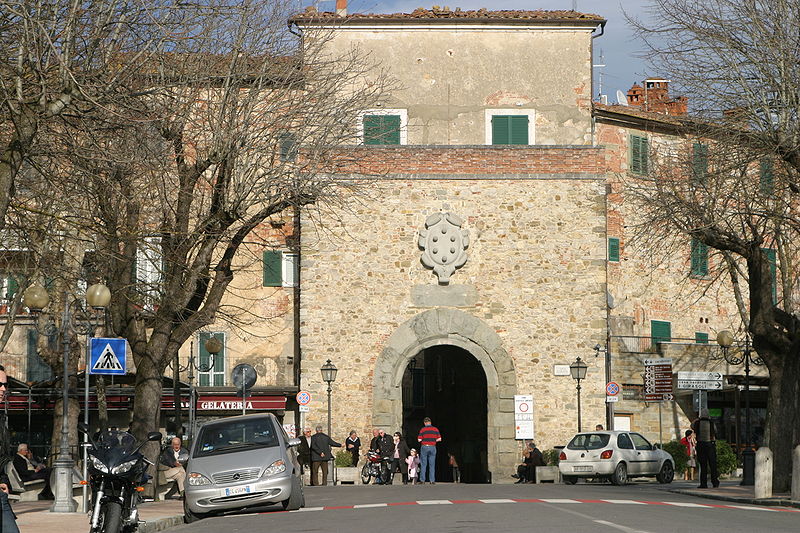 The Collegiate Church of Lucignano

The collegiate church of Lucignano was built in the 16th century and is dedicated to Saint Michael Arcangel. The church is located right in the center of the historic center of the town and was made based on a design by Orazio Porta. The interior of the church is simple with just one aisle but it has many good art works. There are eight golden wooden statues that were made in the 18th century and several beautiful paintings. Among the most noteworthy paintings in the church are the two 17th century paintings by Giacinto Gemignani and the visitation made by Matteo Roselli in the 16th century. Inside the church is a small chapel that has some beautiful frescoes made by Luigi Ademello.

The convent of Cappuccini was built in 1580 and is one of the most important places to visit in Lucignano. The architecture of the convent is quite simple but the interiors are very elegantly designed with some ornate decorations.

The civic museum of Lucignano is quite small and the only noteworthy item in the museum is the L’albero Della Vita which was first found in the San Francesco church in town. It is a decorated and gilded tree which is bejeweled and surmounted by a crucified figure. The beautiful tree was signed by two jewelers believed to be the ones who made it around 1350 AD. Originally it was found in the Church of San Francesco in Lucignano but has been moved to the museum due to its precious nature. 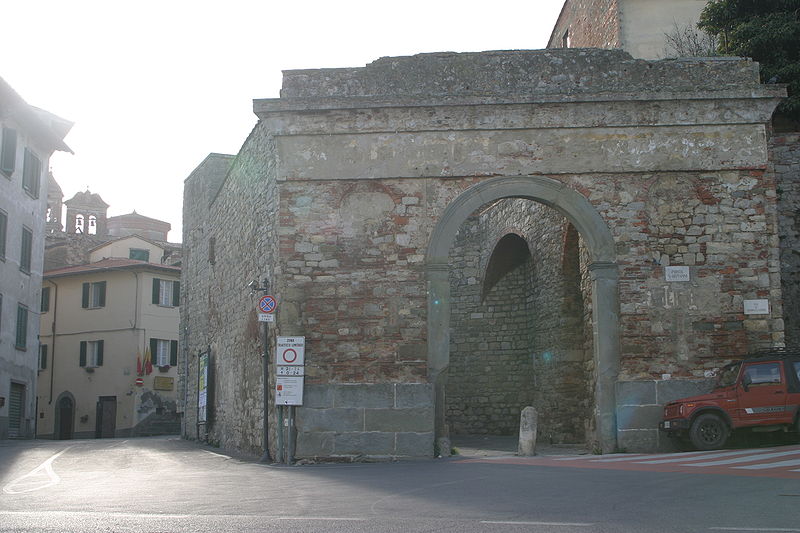 Maggiolata Lucignanese is a feast which is held in Lucignano every year in May. During the festival the locals join in the celebration in traditional costumes. The festivities include a parade with carts decorated in flowers and a typical feast in which various local delicacies are served to all the visitors. 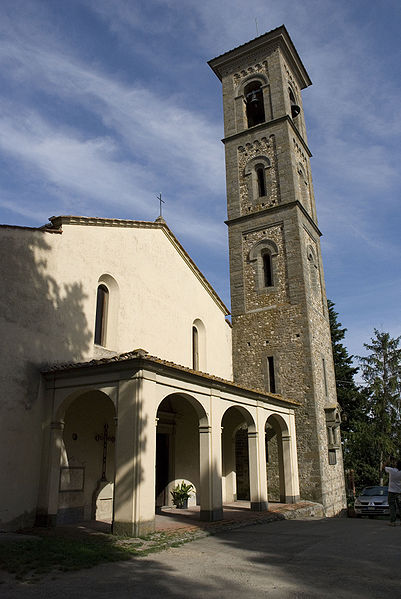 The church of Misericordia was built here in 1582 and much of the original façade is still intact, although it has been restored a few times over the centuries by the locals.

Lucignano is quite a small town and not really a tourist destination so there are limited numbers of hotels to be found in town. Most hotels in Lucignano are quite small and are generally family run. There are also a few Bed & Breakfasts which are housed in some of the older villas which are now converted as hostels. Since tourism here has not yet gained momentum, most hotels have really inexpensive rooms and are easily available even in peak seasons. Two good hotels in Lucignano that visitors can try are Hotel Albergo and Hotel Cassero.

Lucignano mostly has small restaurants and trattorias where the locals like to eat. These restaurants mainly serve regional dishes that are typical to Tuscany and some good Italian dishes from the other regions. Dishes served in most hotels are quite inexpensive, wholesome with generous portions. Wine selections are good at almost all restaurants. There are also a few good pizzerias in Lucignano. Some good restaurants to try in town are II Goccino, La Maggiolota Di Frusciante, La Rocca Di Varignani Marcello, La Tavernetta Di Salvini Elisabetta and Nice people.

Lucignano does not have many places for shopping except for the open air markets where the locals shop and the smaller shops which are located in the historic center of town. The traditional markets in town generally have small shops selling fresh fruits and vegetables, cheese and freshly baked products. Visitors coming to Lucignano can purchase local varieties of wines which are available in most wine shops. Fruit based local liquors are also quite good since most of them are made from fruits grown in the region. Traditional bakery items, pastries and extra virgin olive oil bottles of good quality can also be purchased.