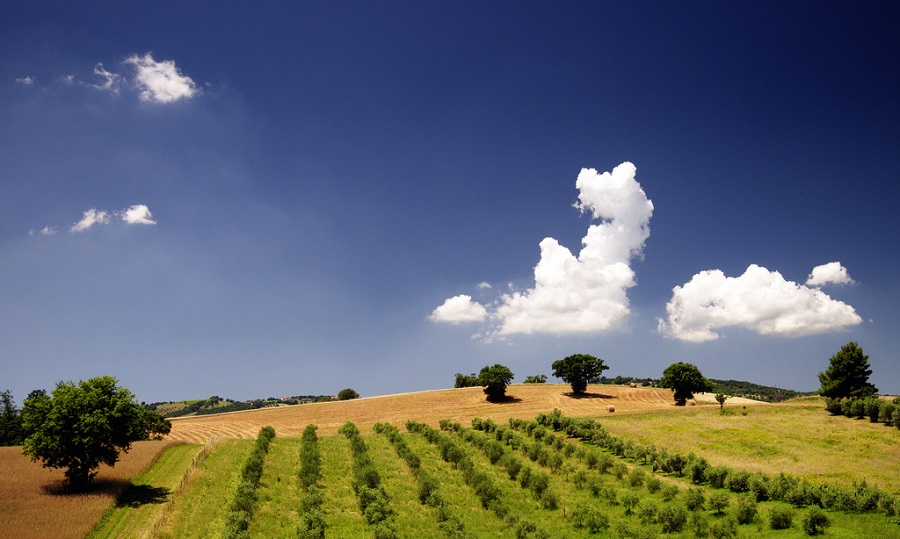 Tuscany is one of the best loved destinations for both Italians and foreigners. Florence, Pisa, Lucca, Livorno and other towns are well known and certainly worth a visit, but those who want to discover the authentic countryside, symbol of ancient tradition and history, and home to the Tuscan farmers’ lifestyle, should visit the Maremma grossetana.

The Maremma Grossetana, also known simply as Maremma, is a vast geographical area that goes from the Northern part of Lazio to the Southern part of Tuscany, and includes the province of Grosseto.

This area is the most famous part of the Maremma, a term which is typically associated with it: if you ask an Italian where Maremma is, they will certainly refer to the area surrounding Grosseto and the nearby towns, reason for which it is usually capitalized as a proper noun.

However, the word maremma, for which no translation is available in English, applies to every territory characterized by a low and marshy ground, situated next to the sea, where dunes obstruct the regular flow of the waterways into the sea creating wetlands because of water stagnation. In the past, it used to be a territory always subject to drainage, whereas today it is characterized by long expanses of fertile lands.

This area has become one of the most sought-after holiday destinations, perhaps thanks to the versatility of its landscape which combines hills, countryside, sea and towns.

The whole Maremma is protected and safeguarded from a naturalistic point of view, a fact which certainly attracts nature lovers from all over the world. Uncontaminated nature brings  tourists back in time, when pollution and noise did not exist. Moreover, the preservation of the artistic and historical heritage of the area allows tourists to understand what life must have been in the past.

Little towns and small villages, sunflower fields and vineyards: let imagination roam freely and you will immediately associate the Maremma to rural life.

Maremma, the land of butteri

Maremma is a land steeped in a tradition immediately perceived by its visitors. If you ever visit it, you will certainly hear people talking about the butteri. In the old times, when agriculture was the main sustainment for the people of the Maremma, its life revolved around the figures of the farmers and the butteri.

The buttero, often compared to the American cowboy, is associated to a local horse: il Maremmano. He is, indeed, the shepherd riding horses in the maremmani fields, who usually stands out for his clothes: fustian trousers, a velvet jacket, a black hat and a big cloak, the pastrano, to protect himself from the rain. He also carries a stick in his hand, to direct horses and oxen.

Butteri used to be the true protagonists of Maremma‘s landscape and are still considered integrant part of its heritage. They are a symbol of its history and customs which are still kept alive through sport competitions and traditional cuisine.

Apart from the beauty of the landscape, this area is also renowned for good food and wine. Do not miss some local traditional recipes like the peposo con fagioli, a selection of meats cooked with red wine, pepper and beans, cinghiale in umido, boar stew, and the acquacotta, a typical vegetable soup.

The word Maremma is often uttered by Tuscan people because they use it as a stock phrase in order not to swear. However, it is used in coarse language when people are particularly angry.

Maremma is a not-to-be missed destination for all the lovers of nature at its purest state!