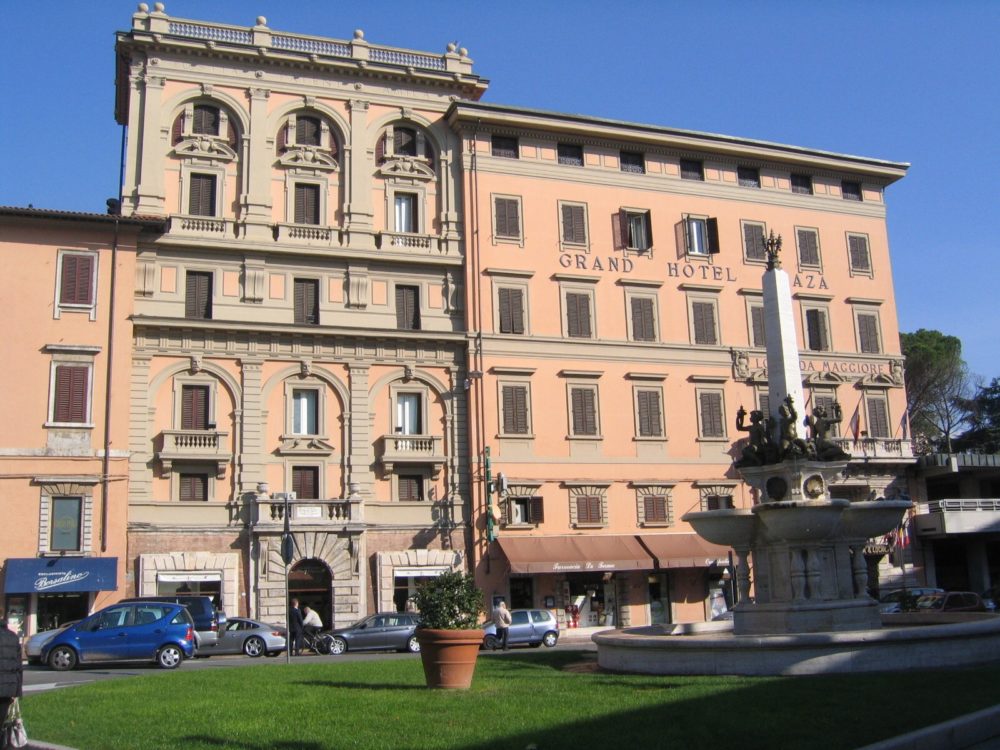 Montecatini has often been described as a rich treasure chest which is full of culture and art and is considered to be one of the most important tourist destinations in Tuscany. Montecatini is a charming town which is known to be the capital of spas and thermal treatments in the region. Thousands of visitors each year travel to the town to enjoy a rejuvenating and a relaxing vacation. There are several thermal establishments which are equipped with high technology equipments in the town.

There is much more to Montecatini than just the thermal springs. The town has many historical buildings like the Gamriunus arcades, Locanda Maggiore and the thermal establishments themselves have been richly decorated with frescoes. With the several elegant boutiques, entertainment facilities, concerts and outdoor events and the many sport facilities, Montecatini is considered to be one of the best places to visit in Tuscany.

Montecatini Alto, located close to Montecatini is also an interesting place to visit. The historical town has the oldest funicular in the entire world and should not be missed. The entire Valdinievole Valley can be seen from the top of the mountain, a sight not to be missed.

In the 14th century, Florence was the new power in the location which shared the border of Valdinievole. During that time, Florence had been more powerful even than Arezzo and Siena. It was in 1905 that Montecatini changed from a small village to the large city named Bagni di Montecatini. However, later on the name was again changed to Montecatini Terme.

It was also around the beginning of the 20th century that the tourism in town improved. Large number of good hotels were established in the area and the town became quickly popular for offering sports, relaxation, health and fun to tourists. Very soon fashionable nightclubs, theaters, restaurants and even a casino opened up in Montecatini.

Many celebrities began to visit the town and it was in the early 1900s that people like Luigi Pirandello, Pietro Mascagni and Giuseppe Verdi could all be seen in the parks or the bars of the town.

Because of all these important celebrities that began frequenting Montecatini Terme, the importance of the town as a major tourist destination increased. The town became a popular meeting place for businessmen and politicians. People from all around the world used to travel to Montecatini to discuss important business matters while enjoying a relaxing vacation. This large economic growth of the town resulted in almost 75,000 tourists in the city, which was considered to be quite a large number at that time.

Montecatini is an important tourist destination and it is thus very well connected to quite a lot of other destinations in the region. There are plenty of good transportation facilities in Montecatini Terme which makes it easier to reach the town. The nearest airport is located in Florence which is only 41 km from the town and the airport in Pisa is also located only 62 km from the center of the town. It is also quite easy to travel by train since the train lines from Firenze to Viareggio and from Pisa-Lucca-Firenze all stop at the train station in Montecatini.

The thermal baths in Montecatini have been famous for centuries. In 1771 Pietro Leopoldo ordered the construction of the baths at the expense of Public. After less than ten years the spa had been built in the area which had initially been abandoned by the locals due to malaria. This new spa establishment was connected to Lucca and Pistoia by a broad road.

In the 1840s, the Giusti family were very fond of the hot waters and had a health center and a large hotel built in the area. The thermal center in Montecatini is situated in Valdinievole which is a large green area at the foot of a hill where Montecatini Alto village rises. The area is connected to the main city through a funicular.

Since the 14th century the thermal baths of Montecatini have been popular but their highest fame was achieved only in the last century. Other than the efficient thermal equipments which are used in the different spa establishments, the entire place has a very refined and elegant look. There are several broad green parts, historical buildings and alleys which are typical to posh European spa resorts. There is a hippodrome and a golf course and several other good facilities to keep the tourists occupied during their stay in Montecatini.

The thermal spas in the city are open throughout the year, but some only remain open during the summer months. The waters of the thermal baths are very effective for the digestive track ailments. The mud baths offered in the spa centers are known for their beauty and therapeutic nature. The treatments offered heal respiratory ailments.

Some of the most common therapies offered at the thermal spas in Montecatini include physiotherapy, mud therapy, spring water inhalations, hydropinic treatment, hydropathic treatments and several other types of massages and beauty treatments.

It is known that the waters of the thermal baths have the ability to treat ailments like spasm of bilious ducts, sensitive colon, deafness, dystrophic rheumatism, liver problems, lipid metabolic problems, hepatitis, constipation and several other types of health problems. Since 1773 the waters in the Montecatini have been famous all over the world for their heath benefits. Several researches done in recent years prove that the waters in the region have therapeutic qualities. Only a few days in the spa at Montecatini ensure rejuvenation and complete relaxation after a year long of stress and tensions.