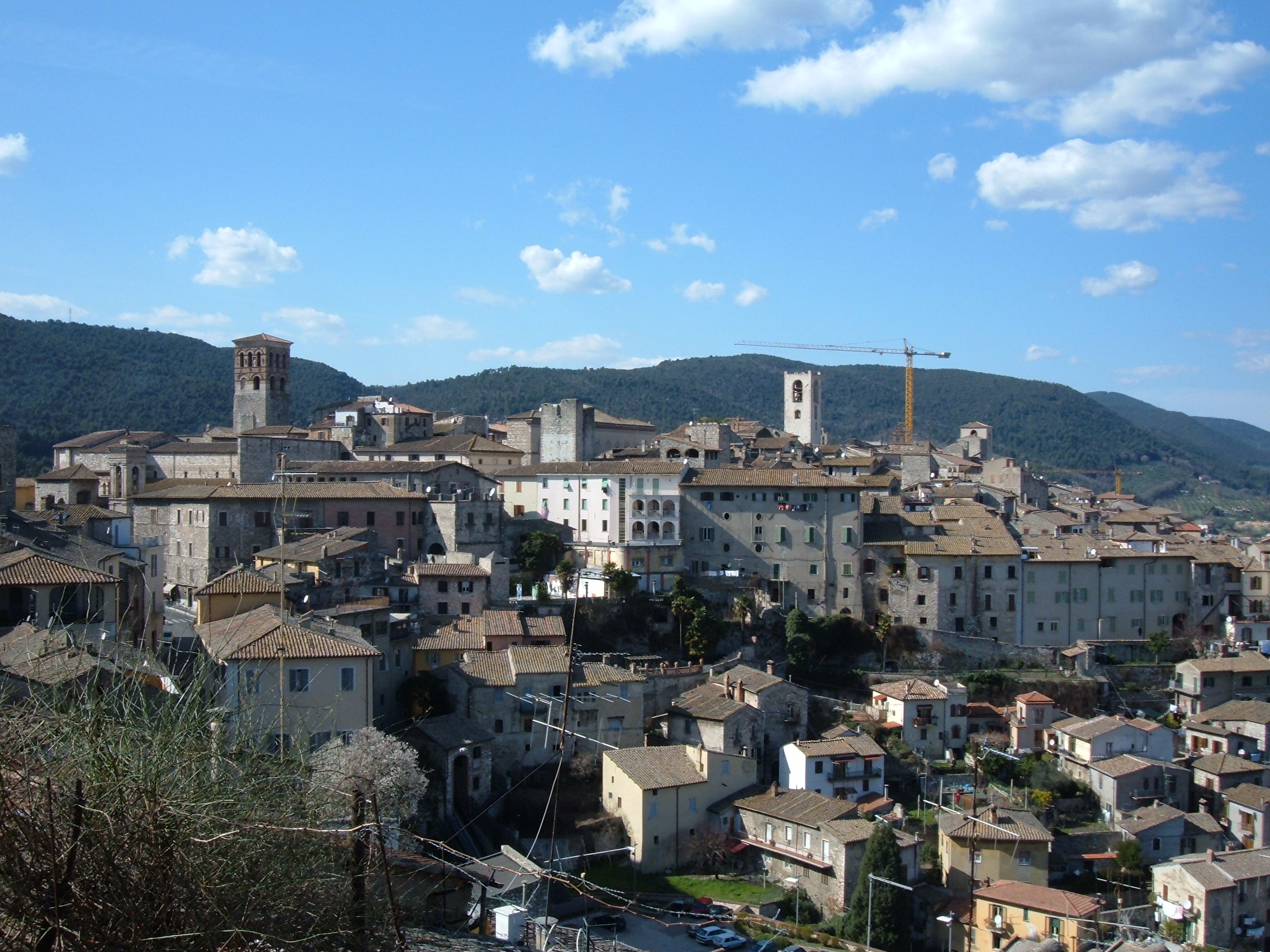 The town of Narni is a part of the Umbria region and is located on a stunning limestone cliff overlooking the Black River. Rocca Albornoz is one of the town’s most notable landmarks. Built in the 14th century the Rocca Albornoz was originally a military structure meant to protect the territory from invasions and is now used for various exhibitions and for various conferences.

The castle was built in the year 1367 on the remains of an ancient military settlement by Cardinal Egidio Albornoz. It is believed that the earlier military settlement was built by Frederick Barbarossa. Rocca Albornoz was constructed by the architects Matthew Gattapone and Grimoard, a brother of Pope Urban V, and was completed in 1378.

In its day the castle was an important part of Narni and many important families, generals, cardinals and popes stayed there. It was also the seat of power for at least one governor or the region. The castle belonged to Boniface IX and in the year 1394 when Guelph Narni sided with antipope Clement VII, Boniface IX ordered the castle should be passed on to the Ghibellines.

In the year 1396 the castle was sold off to Andrea Tomacelli who was the captain of the papal army. Tomacelli gifted the fortress to Ludovico Migliorati in 1406. Nearly twenty-five years later the castle passed into the hands of the descendents of Martin V–the Earl of Celano, Prince of Salerno, his brother Edward and Antonio Colonna.

Following the sitting Pope’s death in February 1431 riots broke out between the followers of the new Pope and the Colonna in Narni. The rioting only ceased when the Colonna were expelled from the town. From the year 1449 on Narni, along with Rocca Albornoz, became part of the Papal State.

Nicholas V took refuge in the castle in 1449 to escape plauge and during his stay completed some defence works designed by Bernard Settignano. Additional work was done on the castle during the time of Pope Sixtus IV and Pope Innocent VIII.

Even after serious attacks during the Sack of Rome in 1551 ad 1556 the fortress remained standing. Over the years it was host to several famous guests such as Peter II Eroli, Federico Lolli, Eustace, Ubertino Strozzi, Durante Duranti, John Tomacelli, and Controsello Caracciolo di Napoli.

The castle was converted into a prison in 1834, which remained in operation until 1906 when it was purchased by Russian Prince Mestchezsy. The Russian bought the fortress at auction for only 13,000 pounds, which were made in installments.

Rocca Albornoz is a typical military structure, built for function. The quadrilateral fortress was designed to protect and features four towers in its four corners along with a taller, square tower created by combining two smaller towers.

The landscape surrounding the castle is enchanting and the fortress itself is perched at the top of a hill, 332 meters high, which overlooks the Nera Valley. The castle is surrounded by double walls and a moat and also housed a chapel. There is a cistern in travertine that opens up to the courtyard. The manor house is located on the first floor and the other rooms in the castle were used for the garrison. Today these rooms store the municipal assets and after years of restoration work the fortress has been returned to its original glory.

The structure of the castle is quite typical to the time when it had been build with its square shape, however, the circular towers had been added later.

Like several other small towns in the region, Narni is quite medieval in nature. There are many narrow cobblestone streets and stone buildings in the town. Narni is mainly famous for its large Roman bridge.

The area around the town had been inhabited since the Paleolithic and Neolithic Ages. Several records mention the town of Nequinum, which is where modern day Narni is located, as early as the year 600 BC. The Romans had conquered the area in 4th century BC and made it their position of strength on the Via Flamina, the road which connected Rome to the Adriatic Coast. In the year 299 BC the town became a Roman Municipality and the name was changed to Narnia. The town was destroyed almost completed in 209 BC and was later rebuilt.

There are plenty of noteworthy places to visit in the town like the cathedral and the Eroli museum. The Santa Maria Impensole Church is also a wonderful sight. If in Narni you can also choose to visit the 13th century Communal Palace and the Palazzo dei Priori, constructed at the site of an ancient Roman Forum.