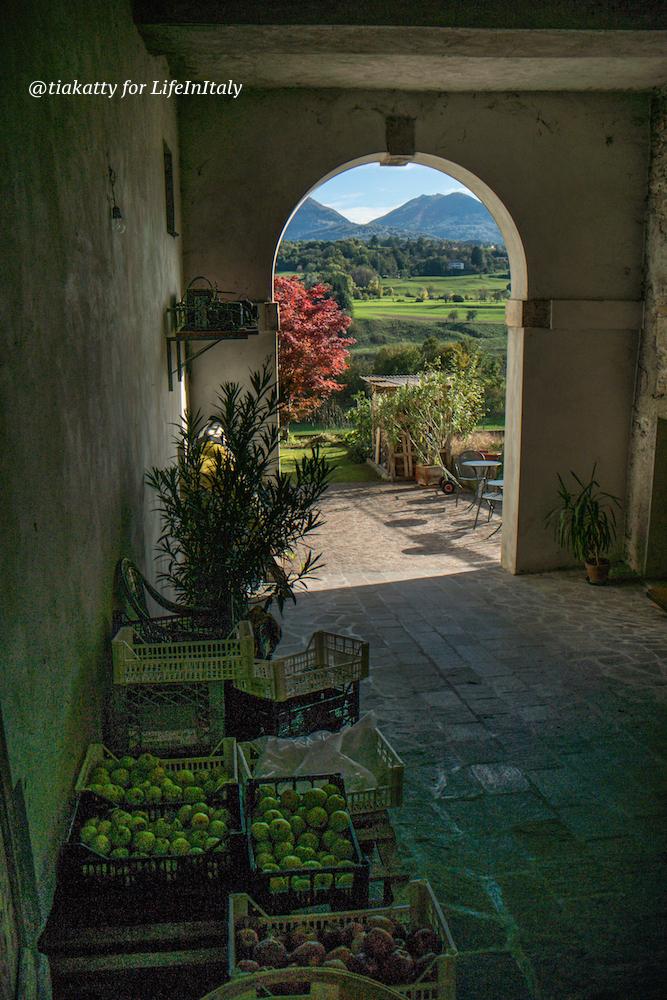 Mel is a small comune and town located in the Veneto region of Italy in the province of Belluno. The town is located close to the cities of Feltre, Venice and Belluno. Mel is spread over an area of 85 sq km and has a population of close to 6311; it’s surrounded by countryside and the Dolomites. The town is mainly famous for its ancient castle which was used in the Roman times as a military fortification and was rebuilt later.

Mel is also home to various cultural festivals and events like the Choral music festival which is held every year in the town in July. In October there’s “Mele a Mel”, an event celebrating the apples festival; in this occasion the beautiful private courtyards and palaces of the town are open to the public and the whole town and community dresses in the 50s style. Mel has been awarded the “Bandiera Arancione” by Touring Club Italiano, a recognition of its effort in promoting a sustainable tourism, through the offer of local products, the valorisation of the cultural heritage and the offer of a good hospitality service; all in the respect of the environment.

The economy of the town is based on agriculture and cattle breeding.

The main attraction in town is the castle of Zummele. The castle is one of the oldest remaining castles in the region. It is believed that the castle had been first used as a military fortification during the Roman times in the town. The castle has been well preserved and a 17 meter high wall and a large square tower of 30 meters. The castle is located on top of the hill and has drawbridges for entrance. Over the years the castle had been destroyed a few times and the present day castle façade dates back to 1311. It had been built for military reasons and for defence based on the plan of Caludia Augustus Altinate. During the medieval age it became the object of disputes and for a long time it was under the rule of the Republic of Venice and then under the family of Zorzi.

Among the churches in Mel, the church of Santa Maria is worth visiting. The imposing church is located in Piazza Papa Luciani and was built in the 18th century. The façade of the church is neoclassical and has large columns to support the moldings of the church. The church was built at the location of an older church and the bell tower is still incomplete. The interior of the church is quite beautifully decorated with wooden carved work, a beautiful Madonna and several other art pieces.

Villa di Villa La Bella Chiesa is also quite an interesting church. The church has a beautiful organ and was built at the location of an old sacred church which was destroyed. The bell tower of the old church still remains and is incorporated in the design of the new church.

Located close to the town is the Necropolis which was discovered in the area between 1958 and 1963. It is believed that the Necropolis dates back to the Iron Age. Sixty graves made from different sized boxes of marble slabs and sandstones were found in the area. Jar like containers for ashes and bowls were also found from all of the graves. Several other materials were also found during the excavation process like bronze objects, pottery etc which is believed to be from 8th to 5th century BC.

There is no airport in Mel; the nearest airport is located in Venice, which is 170 km away from the town. Visitors coming from other parts of Italy or from other countries can take a flight to Venice and then reach the town by bus or by car. Buses depart daily from locations like Venice, Belluno, Feltre and other smaller towns in the province for Mel. Visitors can get tickets easily from the main bus stations and the state buses are quite comfortable and punctual. Those who have their own cars can easily drive down to the town. Mel is located 170 km from Venice, 14 km from Belluno and 16 km from Feltre so driving down is quite easy.

Mel is a very compact town. The main attractions in the town are the ancient castle and a few churches, except for these there aren’t many places to visit within the town. Visitors can easily explore the town on foot, as is done by most locals. The streets of the town are mostly cobblestoned and are lined with beautiful old houses and shops so walking around can be quite enjoyable. Those who have their own cars can also explore the villages located close to the town and the surrounding regions; however, within the town walking around is the best option.

Mel is quite a small town and does not attract many tourists. Most people visit Mel as a day excursion from the nearby towns in the province and from Venice. For this reason, there aren’t many people who stay the night in Mel. There are almost no hotels in Mel, except for one or two houses where rooms are offered to tourists on rent. Most hotels are located in the nearby towns of Belluno and Feltre which are located only a few miles away from the town. Hotel Albergo Cappello e Cadore, Hotel Castelbrando and Hotel Europa Executive are all located 9 miles from Mel.

There are very few options available to visitors when it comes to dining out in Mel. The town does not attract many visitors because of which there are only three to four restaurants and eateries available to visitors to choose from. Most places in Mel are where the locals like to eat themselves so food is quite good. The eateries in the town mostly serve regional dishes which are simple and wholesome and the local fresh produce is used in all dishes. There are also a few bakeries in Mel where visitors can find fresh bread and rolls along with cheese for a light lunch.

The only places in Mel where visitors can shop are where the locals do all of their daily shopping. The markets here have fresh vegetables and fruits, olive oil, freshly baked breads, cheese, pastries, desserts and few other local specialties. Other than these there aren’t many things visitors can shop for in Mel.