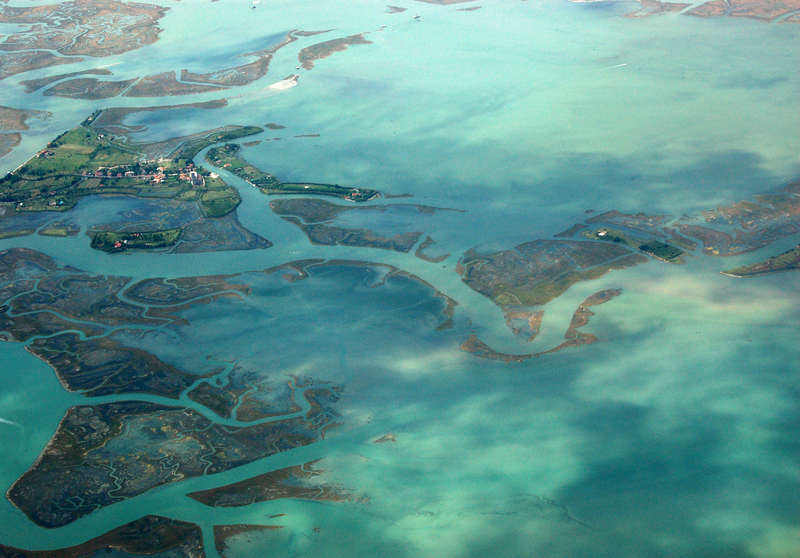 Torcello is a small island located at the northern tip of the Venetian lagoon in Italy. The island is very sparsely populated but at one point it used to be the oldest region in Venice to be continuously populated. After the Roman Empire’s downfall, the locals from the mainland in Venice fled to Torcello to take shelter from the invasions. Due to the frequent Germanic invasions the locals sought permanent refuge in Torcello and it continued receiving a steady stream of people from the mainland including the Bishop of Altino. For more than a thousand years the island became the bishop’s official seat and with this plenty of Altinum people migrated to the island. These were the people who brought relics of Saint Heliodorus with them; who is now the patron saint of the island.

The island had gained popularity as an important trading as well as political center; however, with the growth of Venice and the nearby islands the residents slowly started abandoning the island and only a handful of locals remain on the island today.

Torcello is quite a small island and the best thing to do here is to experience the lifestyle and the laid back atmosphere of the island. There aren’t many activities to do here; except for a few places to visit which can all be covered in a day’s time. The island is about relaxation and not about hectic activities and lots of attractions. A few places to visit on the island are listed below.

During the past years of Torcello’s glory there were plenty of beautiful Palazzi which were built on the island and quite a lot of handsome mansions. With the population declining and people leaving the island in the years that followed, the buildings and palazzos were empty. Today most of these are destroyed and what remains are the ruins of four edifices out of the numerous palaces, the twelve parishes and the cloisters.

The cathedral of Santa Maria Assunta is the main attraction on the island today. The cathedral was built in 639 AD and there are plenty of beautiful art pieces and mosaics that date back to the 11th and the 12th century. The mosaic of the Judgment Day is particularly noteworthy. Most of the artworks are all Byzantine style and the architecture of the cathedral itself is quite marvelous.

The church of Santa Fosca is another important church in Torcello. The church was built in the 11th or the 12th century and has a large bell tower. Visitors can climb up the steep steps of the bell tower to get a beautiful view of the lagoon and Venice in the distance.

The two palaces, Palazzo Dell’Archivio and Palazzo Del Consiglio are the two palaces that still remain on the island from the yesteryears. The palaces were the seat of the communal government when Torcello was still a commune. Today these two palaces are home to the archeological museum of Torcello that has a collection of the artifacts and objects found on the island.

Atilla’s throne is also quite popular among the tourists. It is an ancient stone chair which was probably the bishop’s seat.

The only way to reach Torcello is by boats and ferries. The large motor boats which are known as vaporetti leave every few minutes from Venice and from the Burano Island. Burano is located quite close to Torcello, both islands are separated only by a small strip of water. The vaporetti take only around ten minutes to reach Torcello from Burano. Plenty of motor boats also depart for the island from Venice from its water taxi stations along the coast. The tickets are very inexpensive and it doesn’t take long to reach the island. However, during the rush hours and the peak office timings the boats tend to get extremely crowded and make it difficult to get tickets. The best option is to avoid the rush hours and travel at other times.

Torcello is a very small island and there are only a handful of sights to be explored here. The only option is to explore the island on foot. The main attractions on the island are located very close to the central Piazza of the island, all at a distance of 5 to 10 minutes of walking distance. Apart from the general attractions and the churches on the island, the most enjoyable thing to do in Torcello is to observe the ancient buildings and the old houses in the streets here. Most visitors come to Torcello to experience the laid back lifestyle of the locals and walking around the island is the best way to do that.