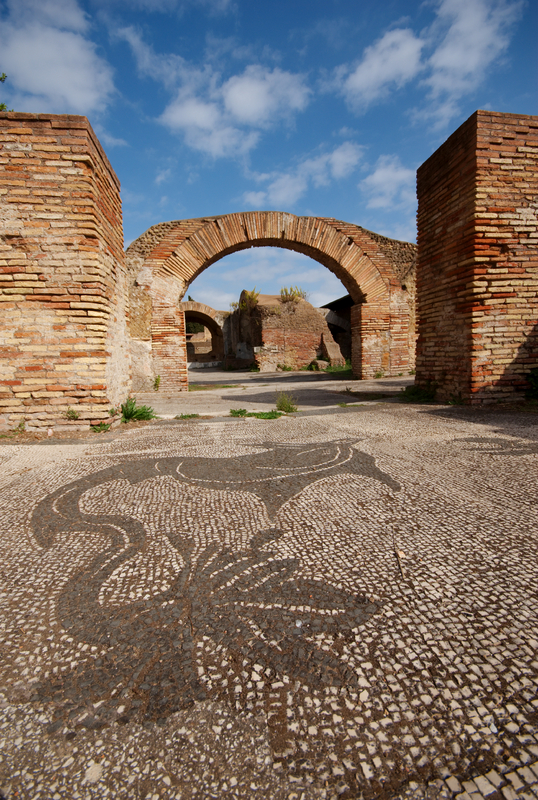 The castle of Julius II is located in Ostia Antica, close to Rome. The castle is located in Piazza della Rocca which is an elegant small square. The town itself is quite small but is known for its well preserved ruins and its architectural marvels.

The Castle of Ostia was originally built to defend the territory. It was built in a triangular shape with the base facing towards the sea. In the past centuries, the mouth of the Tiber River was in fact quite close to the walls of the castle. The primary role of the castle was defending the coast. The castle was built by joining with walls three towers, the oldest of whom was the Martin V, a tower that already existed in the location where the castle was built and that was ordered to be renewed and restored.

Baccio Pontelli, a noted architect, was entrusted with the task of building the castle with the help of another famous architect, Giuliano from Sangallo. The construction of the castle was finished in the year 1484 under the direction of Cardinal Della Rovere and this is testified by the inscription found on the marble architrave on the central portal. Over the centuries, the castle has also been used as a residence for the popes. During the 17th and the 18th centuries, the town had been abandoned along with the castle and for years it has been used for depositing hay and as a dormitory for the prisoners who had been employed digging the lands in the territory.

The castle today has four towers from where the Martin V tower can be viewed. The tower forms the donjon on which the Popes coats of arms can be seen; these are the Popes who made several improvements on the castle building. The coat of arms of Sisto IV can also be seen along with that of Julius II and also of Pope Innocent VIII. The entire structure is surrounded by a moat.

There is a yard from where a few military service zones can be visited along with the locations where the local soldiers used to live. There is a ramp in the garden whose walls was been decorated by an artist named Baldassarre Peruzzi. The third floor of the castle has three rooms which have five windows facing towards the yard.

Ostia Antica is a well preserved and interesting place to visit because of its archeological sites. Also, the town is not yet commercialized and has a sense of tranquility about the place. Today the main attraction of the town are the various restored ruins like the former port with its long history, the castle itself and the various Roman ruins.

The port was established around the 7th century BC by a Roman King. In the past years the port has been known for pirates and the town has often been the center of raids. Ostia Antica had been a retreat for the aristocrats till the time it was abandoned in the 9th century.