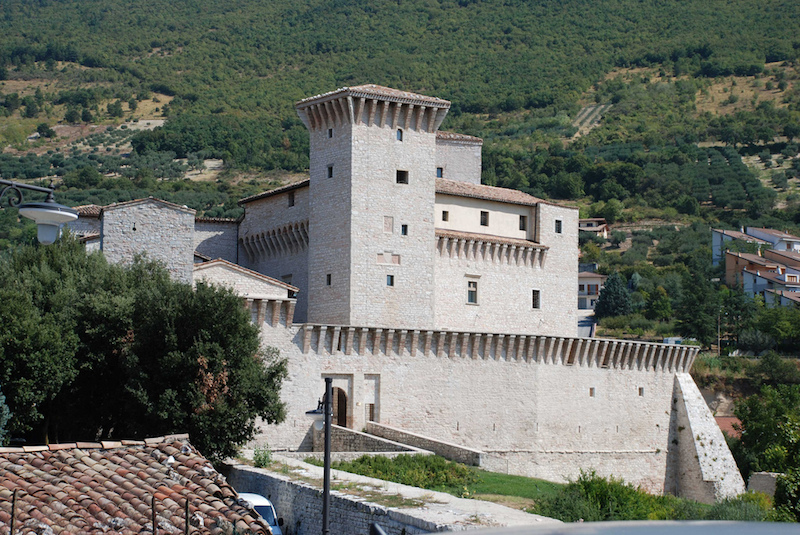 Rocca Flea, or the Flea Fortress, is a fortified castle located in the town of Gualdo Tadino in the region of Umbria in central Italy. The castle is located on the upper part of the same hill as the town itself. The castle dates back to the reconstruction of the town in 1237 and is thought to have been built during the Lombard times.

In the year 1242 the castle was rebuilt by Frederick II and over the years was renovated quite frequently. During the Perugian domination in 1350 the central keep was added and later Biordo Michelotti made several other changes to the structure. During the renaissance period the castle became a patrician residence and was used as a prison after 1888. Today the castle is the seat of the civic ceramic museum and is used for historical exhibitions. 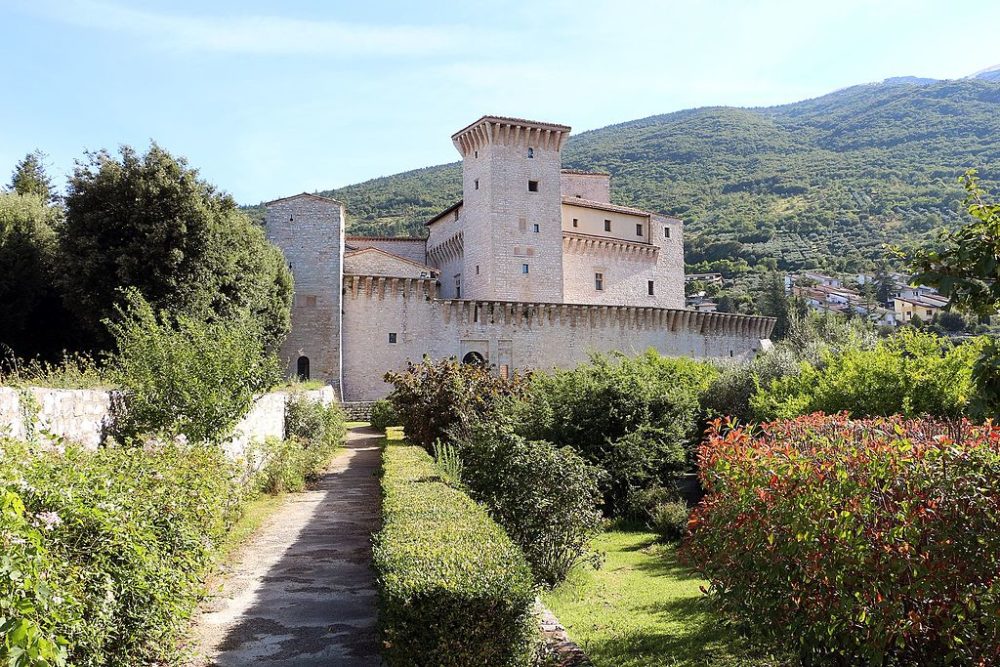 History of the Rocca Flea

The name of the castle probably comes from the nearby Flebeo River, which is often known as River Flea now. The castle passed through many hands over the years. Frederick Barbarossa was the first to settle there before he became pope.

The Rocca Flea suffered considerable damage during the various wars that took place in the area and had first been restored by Frederick II. A hundred years later, the town was given to Perugia and during this time the central keep was added to the building on which the emblem of the town and that of Grifo Perugia can be seen.

During the 16th century the castle was transformed and turned into a residence for the papal legates. Several frescoes were painted on the walls of the rooms, but only small portions remain today. Of course, when the castle was turned into a prison other modifications were completed to the structure. When it was decided to make the castle a museum further restoration was undertaken. Today it houses an ancient church in the ground floor, as well as various archeological findings from the region many of which belong to prehistorical times.

The complex of the castle is spread over several different floors. The basement itself is built at different levels. There are more than forty different rooms in the castle of various sizes, various walkways and courtyards, four towers, a small chapel and a deep tank. The current structure is the collective result of the various restorations and changes made to the structure over the centuries.

Today the Rocca Flea is home to the civic museum that first opened in 1999. There are several different collections within the museum which range from history and archeology to ceramics and arts.

The museum’s archeological collection showcases the items from three different eras ranging from the 4th century BC to the Middle Ages. A Roman Sarcophagus along with a shield held by two winged Victories are the museum’s most important pieces.

There are also several paintings to be viewed. One notable collection is tempera paintings that date back to the 14th and 15th centuries. Many of the paintings are by Matteo da Gualdo, known as an eclectic artists whose work can be seen in several churches in Gualdo. The gallery also has works by Girolamo and Bernardo, Sano di Pietro and Antonio da Fabriano. One beautiful work, Polittico, is by the artist Niccolo di Liberatore, known as Alunno.

The museum also houses a collection of important pottery, which was created between the 1800s and the 1950s. Most of these are made in ruby and gold with an old shining technique introduced by Mastro Giorgio. Visitors can also admire the products made by some of the best pottery workshops in the city by families like Santarelli and Rubboli.

The town of Gualdo Tadino is located on the slopes of the Serra Santa Mountain. The name of the town was derived from the word “wald,” which means wood. There are several archeological remains which were found from the area that show that the area has been settled since pre-historic times. After several different rulers over the centuries, Gualdo was completely destroyed by a large fire and then rebuilt in the 13th century under the orders of Frederick II into the town that can be seen today.