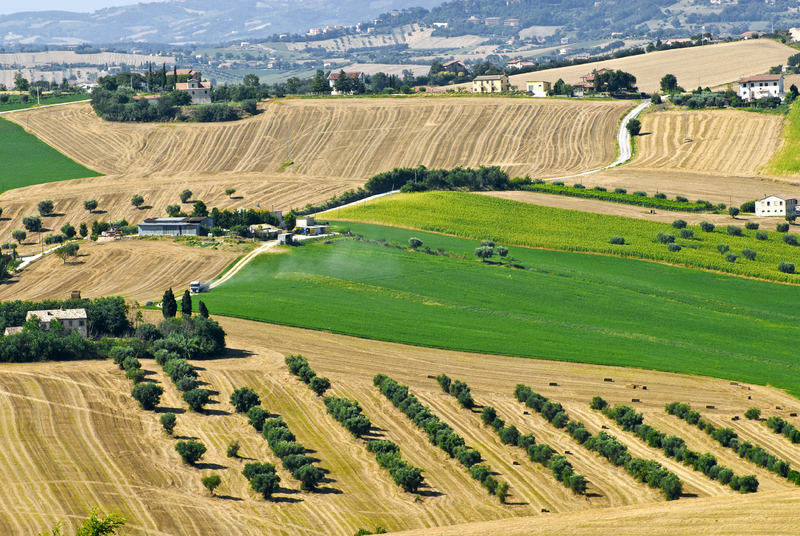 Continues from Part One of the Via Appia.

The city of Capua began as an ancient Etruscan city and by 312 BC the city was the terminus of the newly finished Via Appia. The ancient highway would later be extended to Brindisi and this ancient version of Capua would be destroyed by the Saracens in the 9th century AD. Today the city covers both banks of the river and is a pleasant stop on your travels with nice churches and a Roman amphitheatre outside of town. The Via Appia travels through the southern part of town, past the ancient Ponte Romano and Capua castle, with its intact star fortifications looking over the town. The ancient route can still be followed in Capua as you can cross the river into what was once the ancient town of Casilinum by an ancient three-arched bridge.

As the might of Rome began to expand through the whole Italian peninsula, so did their roads. The original Appian Way stopped at Capua; however the road was expanded to the port of Brindisi along the ‘heel of the boot’. In this segment of the journey along the Via Appia, we pick up the modern route outside the city of Capua.

Via Appia: Capua to Benevento

The Via Appia Nazionale takes a more northerly route through the city of Caserta and passes by the gorgeous Royal Palace of Caserta. The palace is an UNESCO World Heritage Site, with magnificent gardens and certainly worth visiting. The Via Appia Antica however takes a less scenic route through San Nicola la Strada. From Maddaloni the Via Appia continues along through small comunities like Santa Maria a Vico and the castle town of Montesarchio before reaching Benevento.

Via Appia: Benevento to Avellino

The city of Benevento has seen prosperity for centuries, and has bestowed upon it numerous sights worth visiting. From ancient Roman ruins like the Arch of Trajan, to impressive medieval churches, the area is also known for culinary delights and the famous Strega liqueur. The Via Appia does not actually enter the city; Benevento makes a perfect stopping point on your journey.

The Via Appia continues south through Campania winding past small towns before reaching Avellino. This is another beautiful town with that makes for a nice stop before moving on.

Via Appia: Avellino to Potenza

Upon leaving Avellino the Via Appia diverts from the SS7 highway as it heads east into the mountains and follows the torturous route of the SS400. However, the SS7 continues along a modern road to the south of this route and meets back up with the older route just outside the town of Lioni. From Lioni, the Via Appia continues through small towns like Sant’Andrea di Conza before entering Basilicata.

Potenza is the capital of Basilicata and has had a long and colorful history. This city has suffered from both bombs and earthquakes in its recent history but still retains many architectural treasures such as several churches and former city gates.

Via Appia: Potenza to Taranto

After Potenza, the Via Appia winds its way uphill past sever small hill towns, like Grassano, towards the city of Matera. This city is well-known for the ancient rock-hewn dwellings known as the Sassi and has a wide sampling of Southern Italian religious architecture.

From Matera the Via Appia passes through the agricultural heartland of Basilicata and Puglia. The route passes the small communities of Laterza, Castellaneta, Palagianello and Massafra before reaching the port city of Taranto.

Although the Via Appia enters Taranto through some heavily industrialized areas, the rest of the city is very nice. Taranto has a long history and the sights to match, including the imposing Castello Aragonese, Ponte Girevole (the famous swing bridge) and magnificent ocean views. The city’s archaeological museum houses many ancient Greek and Roman treasures discovered in the area.

Via Appia: Taranto to Brindisi

From Taranto the Via Appia continues on its last leg towards the Adriatic port city of Brindisi. The road is a highway that shoots along the heel of Italy’s boot. The Via Appia passes close to some small communities like Grottaglie, Francavilla Fontana, Latiano and Mesagne as well as idyllic Southern Italian farmland.

It is here in Brindisi that the Via Appia finally ends, marked by an ancient Roman column by the sea. The busy port of Brindisi is a perfect end to such an adventure with its imposing medieval structures including the large Swabian Castle. Brindisi has an absolutely gorgeous harbor and is still an active naval port. What is even more fun, if you want to continue your journey, Brindisi is a major ferry port for the Mediterranean.

See also via Appia part I

Hi Robert, nice catch! We bought the image from a Database ( Dreamstime ) and somehow who posted miss labeled. Yes I think the place is near Rome and I passed by several times but next time I am on the Appia I will double check. For now we fixed the description

I think you have incorrectly identified the photo above with the caption “Appia way near Brindisi”. That is definitely not the architecture or vegetation of Salento.

Can you please be more specific where the photo just above captioned “Appia way near Brindisi” is located? I would like to step on those stones when I visit in the coming months.