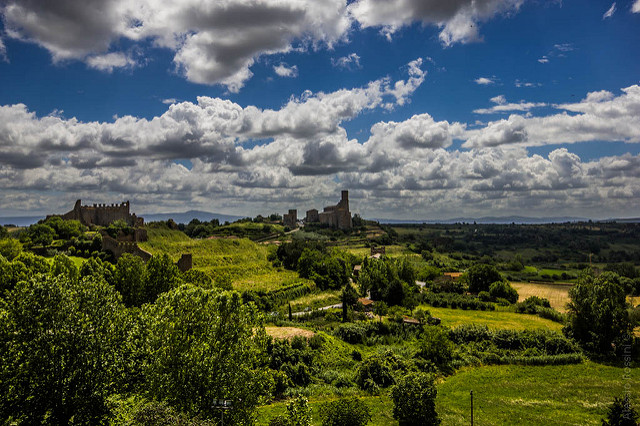 Among all the grand roads that the ancient Romans built, the Via Clodia is perhaps the least important historically. However, it was still very functional for its mid-range length and a valid alternative to the more famous routes, which are often much longer and used for different reasons. The name, or rather the nickname, given to the Via Clodia was the “Thermal way” because it connected several natural spas, and according to some researchers, it ended in the famous city of Saturnia, one of the most important natural spas in central Italy, which is a very high traffic tourist area today.

Evidence shows that the Romans built the Via Clodia on an existing Etrurian road, but the first historical documents mentioning the Via Clodia don’t appear until the latter part of the third century BC. It has also been proven that the Via Clodia was entirely paved by 225 BC, which is important because it gives some idea of how advanced the ancient Romans were in terms of construction. They were very careful and precise in every aspect of their work, which is why much of their architectural efforts still stand today.

The exact location of the Via Clodia is between two major consular roads, the Via Cassia and the Via Aurelia. There is however, a major difference between the Via Clodia and these others, primarily in the way they were used. The Via Cassia and Via Aurelia were long range roads intended to move an army rapidly through Italy in order to defend it, or to send troops to new colonies or battlefields outside Italy. Via Clodia, however, was a commercial route and was designed specifically to respond to the trade needs of the Etrurian colonies. The relations between the Romans and the Etrurians are still a big mystery but clearly there was some interaction between the two which bridged the transition between the dusk of the Etrurians and the dawn of the Roman Empire.

It has not been proven definitively, but it is likely that the ancient Romans actually used the route that the Via Clodia was built on to colonize the Etrurian region before constructing the Via Clodia itself. The Roman army conquered the Etrurians after 310 BC but before the construction of the Via Clodia, so the only reasons to justify an investment of resources and manpower to a project as small as the Via Clodia were the trade necessities that this particular area required after being pacified.

To conclude, it is important to see the Via Clodia as a perfect example of the importance that the ancient Romans placed upon macro and micro transportation, realizing that it was a key element in connecting and maintaining the Empire. Roads like the Via Clodia assured effecient commercial traffic, the expedient exchange of goods and ideas, and the smooth flow of people freely and comfortably between the city and the greater regions of the Roman Empire, thus establishing the strong foundation upon which the modern world as we know it is founded.