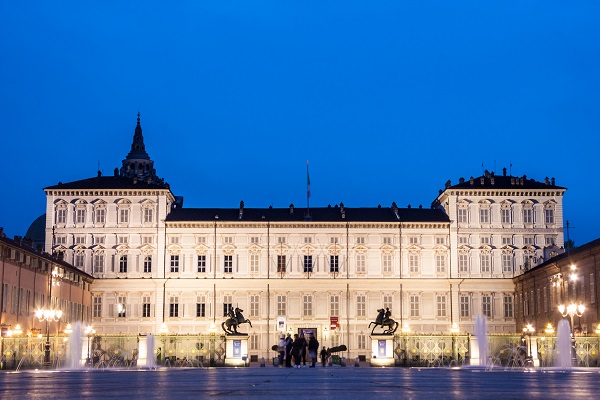 Emanuele Filiberto, the Duke of Savoy moved his capital to Turin in the year 1563. He then began a large project to create a series of buildings and palaces to prove his power of ruling. These outstanding buildings were designed and decorated by some of the best known artists of that era and radiated into the outskirts of Turin. The complex also includes various country homes and hunting lodges.

Some of the best known Royal Houses from this complex, which have been included in the UNESCO World Heritage List, are as given below:

The Royal Palace of Turin is also known as Palazzo Reale and is among the most important Savoy’s palaces. Its architecture was highly modernized by Christine Marie of France in the 17th century. The work on the palace was done by Filippo Juvarra. The site where the palace is located once belonged to the Bishops Palace in Turin. From this location, the Duke had the benefit of monitoring both the entrances to the city, the Pretoria and the Palatine gates. The older palace was abandoned. It had once been the residence of the Viceroys of France which were appointed after Savoy was captured in 1536.

Palazzo Vecchio which was located opposite the old bishops’ palace was later taken up by the larger Ducal Palace.

Palazzo Madama is located in Turin’s Piazza Castello. The site where the palace stands had once been that of a large gate within the city’s Roman Walls in the 1st century BC from where the Decumanus Maximus had departed.

Two towers were restored and they still symbolize the ancient nucleus. After the downfall of the Roman Empire, the gate had been used as a fortification for defending the city. It was only later that the building was taken over by the House of Savoy, in the 14th century.

The towers had then been enlarged and converted into a castle. One hundred years later, more was added to the original castle: the new section had a portico and an inner courtyard.  There are four towers on each corner. After the Acajas were extincted, the palace was then used for the guests of the Savoy family.

Palazzo Carignano is located right in the center of the city of Turin. The palace is now home to the Museo del Risorgimento. It was originally a private residence used by the Prince of Carignano.

The palace is known for its unique round façade. The construction of the palace started in 1679 on the order of Prince Emanuele Filiberto of Savoy who was the son of Tommaso Francesco.

The palace was built on the design of Guarino Guarini, who was a native Turinese architect. He designed a large structure, which was in the shape of a square. The elliptical tower had been designed to be very lavish and unique and is slightly withdrawn on the western side. There is also a large court in the center of the palace.

The interior has always been known to be very lavish. The decorations over the windows in the piano nobile were in remembrance of the Carignano family’s campaign against Iroquois in the year of 1667.

The design of the palace is a typical Piedmontese Baroque, in red bricks and with an elliptical section at the centre of the façade. The palace was the birthplace of Princesse de Lamballe who was born in 1749. It was also famous as the birth place of Victor Emmanuel II, who was the first ever King of Italy.

The Castello del Valentino, the Castle of Valentino, is located in the center of the Parco del Valentino. Today, the castle belongs to the architectural faculty of the Polytechnic University of Turin.

The castle was one of the Royal Residences of the House of Savoy. It was originally bought by Emanuele Filiberto, the Duke. Today’s structure, however, came from the inspiration and the desires of Princess Christine Marie, who was the wife of Vittorio Amedeo. The princess lived in the castle since 1630.

Architecture of the castle

The castle was built in the shape of a horseshoe, and has four towers at each corner and a large inner court, along with marble pavements. The ceilings of the upper floor are in French style. There is a large coat of arms on the façade. Work on the castle was only finished in 1660.

Some modifications were made  in the 19th century and much of the furniture from the 17th century had been taken away by the French troops. The palace was abandoned for the next fifty years and deteriorated over time. Various renovation works were done in the 19th century, when it was passed on to the engineering department of the Politecnico di Torino.

Villa della Regina is located just outside Turin. The villa had been built in the 17th century. The original structure had been designed by Ascanio Vitozzi, who was a soldier and an architect. After he died in 1615, the work was passed on to his son and father.

The villa was built originally for Maurice of Savoy when his brother, the Duke of Savoy, was in reign. It was a private residence and had a vineyard on its property; unfortunately, it was badly damaged during the Second World War and is still in need of plenty of care and restoration today. For this reason, the funds obtained through visitors are reinvested in its upkeeping, renovation and maintenance.

The Palace of Venaria is a royal residence ordered by Duke Carlo Emanuele II, who needed a new hunting house just outside Turin.

In total, the Royal palaces of the House of Savoy around Turin are fifteen, ten of them located in the outskirts of the city.

Hello William. I don’t think it will be destroyed, but I can’t tell.

I have contacted Monument Men and the Army Special Forces Museum in North Carolina, USA.
Currently, the museum has the artwork and are working with a colleague in Italy to see if they want it returned. My concern is that the artwork has Fascia that were added after Mussolini took control of Italy. Will it be destroyed once returned???

A WW II Army Veteran gave me a piece of artwork that he cut out of a frame, from a chateau, as he described, during the invasion of the western part of Italy. Not sure what city. I had a gentleman from the Italian Embassy come in my store, about 15 years ago, he saw the piece of art(which was on display only, not for sale) in my showcase. He told me it is a painting of the Savoy family coat of arms. It measures 10 1/2 inches high and 8 1/2 inches wide. The soldier told me he cut this piece of art out of the frame with his knife.
The back of the art consists of 3 or 4 pieces of canvas that are sewn together. It appears to be very old. I would like to return it to your museum if they want it.