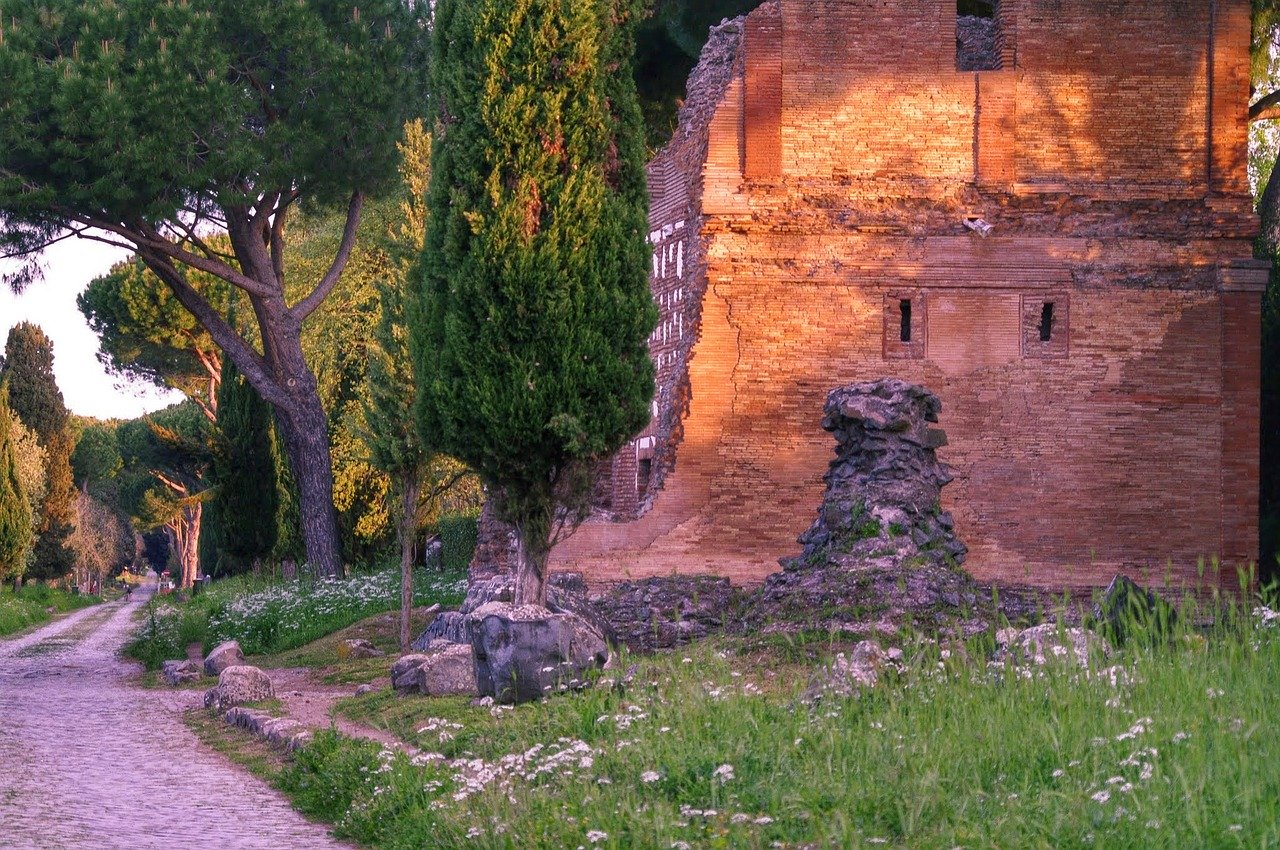 The Appian Way, the regina viarum (queen of all roads), as Statius once wrote, is one of the most ancient and strategically important Roman roads. It was created in the years of the Republic to connect the Eternal City with Brindisi, in Puglia, and the Adriatic Sea. Named after the censor Appius Claudius Caecus, who was responsible for its ideation, the Via Appia, as we know it in Italy, was incredibly important for the Romans, who called it insignis (distinguished), nobilis (noble) and celeberrima (most illustrious). The greats of modern culture, including Johann Wolfgang Goethe, were fascinated by it, because of the wealth of archaeological mementos along its way.

You may also remember it as the road where the crucifixion scene in Stanley Kubrick’s Spartacus took place. In case you don’t remember it, here it is:

Indeed, it is because of its immense archaeological and historical relevance that Mibact (Ministero per i Beni e le Attività Culturali e del Turismo) decided to support a regeneration project to transform the Appian Way in “the first lay cultural itinerary in the world.”

The Appian Way regeneration project: where it all began

The Appia Regina Viarum Project comes from an idea of writer and journalist Paolo Rumiz who, in 2015, walked the Via Appia in its entirety and journaled his experienced for Italian daily La Repubblica. Rumiz wasn’t alone in his endeavor: with him were Riccardo Carnovalini, Irene Zambon and Alessandro Scillitano, a moviemaker. It was their journey and their tales to rise awareness about the beauty and importance of this road.

The short documentary created to present the project and shown during its inauguration describes it as “the coming back of the Mediterranean’s greatest diagonal, a million steps from Rome to Brindisi that people, after decades of oblivion, will be able to walk again. We’ll give back to the community a forgotten treasure. A monument, a myth, a line that doesn’t finish, but leads to the Silk Road. It’s a project of European interest, involving four regions and all the Italians of a little known, but truly authentic, part of the country. It was the dream of a blind man, Appius Claudius: after twenty-three centuries, it’ll be a reality, a road, a path again.”

The Appian Way: a regina viarum worth 20 million euro

20 million euro (around 22 million USD), coming from the 2016 Plan for Culture and Tourism, will be invested in the Appia Regina Viarum. The project, inspired as said by the experience of Paolo Rumiz and his travel companions, is strongly supported by the Minister for culture and tourism Dario Franceschini.

Once completed the Via Appia Regina Viarum will join other beautiful itineraries in Italy, including the Via Francigena , the Magna Via Francigena and the Sentiero d’Italia Itinerary.

Discovering the Via Appia

“Our journey — Paolo Rumiz said during the project’s presentation — changed reality. Articles, documentaries, books blossomed around the Via Appia.” Rumiz continues, stating that the Regina Viarum project will ultimately also work as a social glue for the various regions and people involved, and that will help “making this extraordinary road, made of history, civilization, culture and archeology, alive again.”

You can see more about the project at camminodellappia.it, the itinerary’s official website. The site however is still under construction.

If I were not 83 I would love to travel every last km. At my age all I can say is “La vita va avanti:”