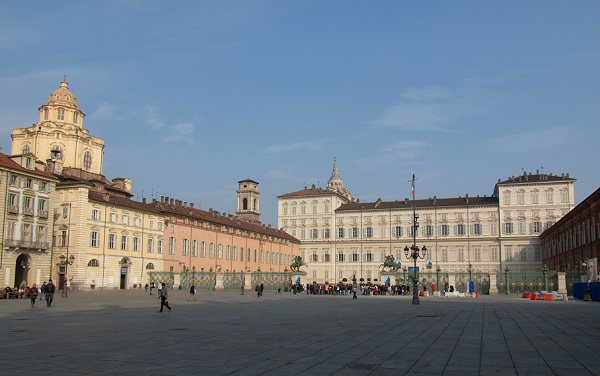 Piedmont has some of the most decadent and beautiful of all landscapes of the Northern area of the country, however, it’s also a region left relatively untouched by mass tourism. Or so it was until a decade ago, when the treasures and tranquility of this land were discovered. This beautiful region is often defined as “Tuscany without all the tourists”, due to the amazing privacy and picturesque atmosphere offered by its hills, vineyards and  their incredible landscape.

The Piedmontese perfected over the years an art, that of enjoying and savoring simple life and its pleasures. This is visible also in many aspects of their cities: the food, the marketplaces and even the overall way of life of their inhabitants all seem to reflect it. Unlike other areas of Italy,  Piedmont holds a much slower-pace mentality. As a matter of fact, locals are quite thankful and content for their relaxed lifestyle. Finding the treasures of Piedmont is priceless.

The Winter Olympics of 2006 were held in Piedmont (and received international attention) also because of the region’s incredible value, landscape and rich heritage. Piedmont is also known for one of the largest wilderness areas in Italy, Parco Nazionale della Val Grande. This region is also known for its white truffles, hazelnuts and special chocolates, already enough reasons to visit on their own. Yet, in this article, we’ll look at Piedmont’s capital, the city of Turin, on its own a true jewel of Italian culture, art and tradition.

Within the great region of Piedmont rests the fourth largest city in Italy, Turin. The rich past of this old city resulted in world-class museums, historic cafés and elegant squares. The beautiful Turin is lined with cobblestone streets that create a magical, surreal atmosphere. Some of the great benefits to Turin are that it’s relatively inexpensive, green in atmosphere, easy to get around and refreshingly free of crowds. Turin is known for truly giving a taste of the Italian culture without being a well-known, over populated  touristic center.

Piazza Castello is the central square of Turin, where a wealth of museums, theaters and cafés are found. This grand piazza was originally constructed for the Savoias, Piedmont’s royal house. Central to Piazza Castello is Palazzo Madama, a majestic building enclosing Roman, Medieval and Baroque architectures in its structure.

The castle was built in the 13th Century on the site of an old Roman gate. It was named after Madama Reale Marie Cristine, who was the widow of Vittorio Amedeo I. Currently, part of this palace is occupied by the Museo Civico d’Arte Antica.

The Chiesa di San Lorenzo is a baroque beauty located in the Northwestern corner of Piazza Castello, designed by Guarino Guarini. This grand church exhibits rich, impressive and complex interior, which showcases yet another historic aspect to this old square.

Upon the entrance to another corner of the square are the statues of the mythical twins Castor and Pollux, guarding Palazzo Reale. Inside this grand house are decadent rooms housing old furnishings, porcelains and other antique and unique knick-knacks. This house and its special rooms were originally built for the Savoias, around 1646. The area surrounding it is known as Giardini Reali and they are one of the best loved areas of Turin by the locals: they were designed by André le Notre, in 1697, who was also behind the majestic gardens of Versailles.  Part of Palazzo Reale is its Armeria (the Armeria Reale) which can be also visited.

The Duomo Di San Giovanni is Turin Cathedral, built between 1491 and 1498 on the grand and spectacular site of three 14th century Basilicas. This is also the home of the famous Shroud of Turin. A copy of the cloth is on display in front of the alter in the Cathedral. Famous is also its bell tower, which stands alone, off to the west side of the structure. This was designed and built in 1723. Within the same, small square where the Cathedral stands (just off Piazza Castello) lie the Roman amphitheater and the Porta Palatina, both of which are of great value and a spectacular sight to see.

Palazzo Dell’Accademia delle Scienze is quite large in size and houses two grand and outstanding museums: the Museo Egizio and the Galleria Sabauda.  The Museo Egizio  hold some of Europe’s most important ancient and Egyptian treasures and artifacts. The Galleria Sabauda contains the Savoia family’s valuable and incredible art collection. It’s quite the sight to see and experience, and the grand texture and excellent structure of the Palazzo itself demand respect.