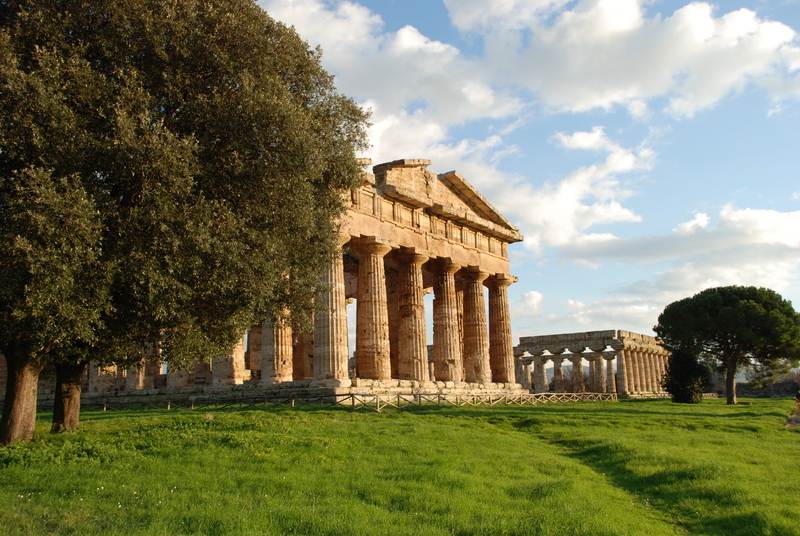 Cilento is known to be an outstanding cultural location. It has a large group of settlements and sanctuaries along its mountain ridges which vividly portray evolution of history of the region. It was an important route not just for trade, but also for political and cultural reasons during the medieval periods. Cilento was also known to be the boundary between the colonies of Etruscan people and Magna Graecia. The ruins of two main cities from the ancient times, Veila and Paestum are located in the region which have been included in the list of Unesco world heritage sites since 1998.

The park was officially set up to protect the region of Cilento from mass tourism. There are also a few natural reserves within the park, including a maritime reserve and the Oasis of Persano.

The territory of the national park is known to be one of the largest in Italy. It includes all the municipalities of the Vallo di Diano and the Cilento areas. It also includes almost the entire Cilentan Coast and the Pruno forest. The main administrative office of the natural park is located in Vallo della Lucania.

The archeological areas covered in the National Park are as listed below:

Paestum is the Roman name which was given to an important Roman-Graeco city in the region of Campania in the ancient times. It is situated north of the Cilento, 85 km from Naples in the Salerno province. It belongs to the Capaccio comune.

The city was founded in the 7th century BC by colonists from the Sybaris city of Greece. It was originally known as Poseidonia. Apart from the evidences that have been found during the archeological excavations in the area, not much information has been found about the city during its early existence. Archaeological proofs suggest that the city was expanding with the building of temples and roads.

The architecture, figurines and coinage that were found in the region suggest that it might have been closely related to Metaponto in the 6th century. The first references to the city were made only in the 5th century BC, when it was believed that Lucani had conquered the city. Scholars believe that there might have been two main cultures, Oscan and Greek, that were co-existing. It later became Paestum, the Roman city in 273 BC.

The main noteworthy features of the archeological site today include the remains of three temples dating back to the 6th century BC in a remarkable Doric style. These temples were dedicated to Athena and Hera; however, they had earlier been identified as temples and basilicas of Ceres and Neptune. The site is spread over an area of 120 hectares approximately. Only the site of 25 hectares that contained the three temples was excavated.

The remaining area of 95 hectares remains on private land and excavations have not been done in the area. The ancient city had been surrounded by various defensive walls which still exist. These walls are 4750 m long, 15 meters high and 7 meters thick.

There are 24 different towers in round and square shapes which were built along the walls. It is believed that there might have been more than 28, but many had been destroyed when a highway was constructed in the area in the 18th century. The highway itself cuts the archeological site in two parts.

Velia is the name of the old town of Elea which is located in Salerno in the Campania region of Italy. It belongs to the Cilento region which has been declared a World Heritage Site. The city was first founded by the Greeks with the name of Hyele in the Magna Graecia in 538 BC. It is mainly known as home to the philosophers Zeno and Parmenides of Elias.

These philosophers were part of the Eleatic School. The location of the Acropolis was once a castle on sea. It was renamed Castellammare della Bruca during the Middle Ages.

Ruins of the ancient city walls, along with traces of many towers and a gate can be seen today. These are spread over an area of three miles and date back to different eras in the history. The lime stones which are typical to this area have been used in the construction of all these monuments.

Bricks were only used in the later years. The form of these bricks is quite unique to this place, each of these are about 1.5 inches square, and four inches thick. All of them have a Greek stamp. There are also a few remains of other buildings and cisterns in the region.

The Certosa di Padula or Padula Charterhouse is a very famous and large monastery in the Padula town. The monastery has been declared a World Heritage Site. It is the second largest of its kind in Italy after the monastery of Parma.

It took around 450 years to construct the monastery but most parts of the building have baroque style of architecture. The monastery covers an area of 12.7 acres and has more than 320 different halls and rooms. It was founded in 1306 by Tommaso di San Severino at the location of an older monastery. It has been dedicated to St. Lawrence. The structure has been designed to resemble the iron griddle on which he had been burnt.

The monastery is also famous since it has the largest cloister in the world. The cloister itself is spread over an area of 2.97 acres and has around 84 columns. It is known for its beautiful spiral staircase which was made in marble and leads to a large library.