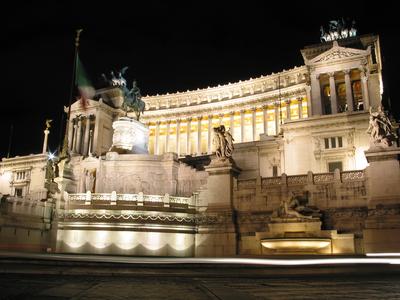 Festivities in Rome from Ancient Rome to modern times 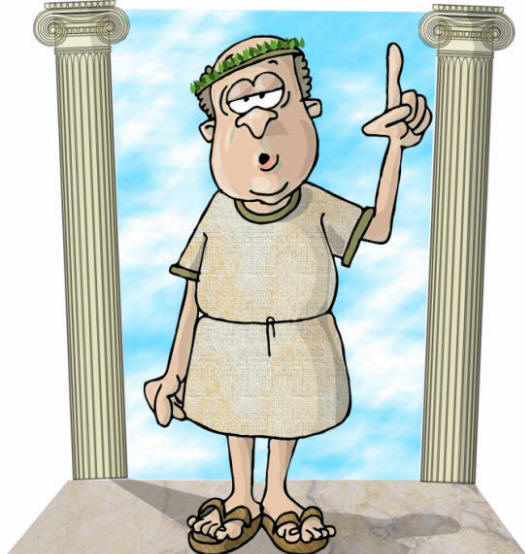 Speaking of Rome, and seeing that we are in the Christmas holiday season, let us turn to the subject of Roman festivities.

It is well known that the ancient Romans, who dominated the world, liked to enjoy themselves and were certainly not averse to amusement, the more so because they observed a religion that was all but monotheistic, involving instead the veneration of a very long series of divinities. Aside from the major divinities, there were many half-gods and also various heroes.

Since it was well known that the gods were very jealous and envious of each other, in order to avoid any discontent among them the Romans would dedicate one or more celebrations to each and every one of them, without distinction.

For the Romans, the way to honor a divinity was totally different from that in any other religion either ancient or modern. Fasting and renouncing various pleasures were not in order.

Rather, the situation was exactly the opposite, which led to all kinds of excesses. To mention only the appetizers for a banquet, Petronius in his “Satiricon” recounts that while the guests were enjoying the company of young girls and boys, little donkeys were made to move around the hall loaded with bags of green olives on one side, and black olives on the other. And this was only the beginning of the dinner. It is well known that among the regular amusements of the Romans were the battles of gladiators in the circus, battles which took place either among the gladiators themselves or against whatever type of fierce beast was available, including those imported from various parts of the world under Roman domination.

Unfortunately, these beasts tasted or devoured the flesh of innocent victims, above all of the Christians, in the three century period extending from reign of Nero to that of Constantine.

Among all these pagan festivals, the one that still commands some sympathy is that dedicated to the god Saturn, the so-called “Saturnalia“. During this period, the nobles had to act like slaves, wearing poor clothing or even rags, while the servants would wear rich clothing and would command their lords, sometimes taking advantage of the situation, though in a very limited manner because slaves were considered objects and not persons.

With the fall of the Roman Empire and the rise of the power of the church and papal authority, there began the so-called “dark ages“. During the medieval period , official festivities were abolished and substituted by the “mysteries” that were religious theatrical presentations. Nevertheless, certain islands of lightheartedness remained such as in the Florence of the Medici where in enjoyment of the “Calendimaggio” the song “Quant’e bella Giovinezza” (Youth is so beautiful) remained popular and people continued to enjoy themselves, despite the poisonous arrows of Savonarola who in any case came to a bad end.

…medieval obscurantism was set aside, and there was a return to some forms of amusement. One of the most famous and characteristic festivities in the world was then born, the “Roman Carnival” which lasted throughout the 1800s. People would come from all over the world to participate, and the illustrious visitors included Goethe, Casanova, Stendhal, and Queen Christina of Sweden. This festivity inspired painters and writers, and was the point of departure for two small musical masterpieces of Berlioz and Respighi. Everyone wanted to see the exciting horse race along the Corso (main street). One regular spectator was Napoleon’s mother, Letizia Ramorino. She had a wooden structure mounted on the terrace of her palazzo on the corner between the Corso and piazza Venezia. Still visible today, the wooden structure allowed this elderly and reserved woman to see the race of the Carnival from the privacy of her terrace without being observed by others. To this day, the little terrace is still called “La loggetta di Madonna Letizia” (the little booth of Madame Letizia).

Of all of the festivals of Rome, the one that has remained most genuine and characteristic is no doubt that of the Trastevere area called the “Festa de Noantri” (Our Festival) that takes place in July. (Now much less interesting then the Estate Romana). It is in regard to this celebration that I would like to recount an amusing occurrence that is characteristic of the sharp wit of the population. During the fascist period, the regime wanted to exploit this celebration and give it a fascist slant. Notices were posted in Trastevere that had the following text:

TRASTEVERE, TRASTEVERE PIENO DI TANTA LUCE HAI IL RE, IL FASCISMO E IL DUCE CHE VEGLIANO SU TE (Trastevere, Trastevere, so full of light, you have the king, fascism and the duce that are watching over you.) But during the night, unknown persons covered these notices with others that said: STUFI DI TANTA LUCE VOLEMO STA’ ALL’OSCURO PIATEVELA NEL CULO DUCE, FASCISMO E RE (We are sick and tired of so much light, we would like to be in the dark. Duce, fascism and king, f— off) Evidently, the roman population wanted the celebration to remain just pure fun, and strictly non-political.

Estate Romana (Roman Summer) is a program of evening entertainment for all tastes coordinated by the city of Rome. The “Teatro dell’Opera di Roma”, the Rome Opera House, offers a summer season in the open air. Recently, some of the entertainment was located in the spectacular surroundings of the Baths of Caracalla, with the program consisting of an opera and a ballet, running from early July to early August. Evening music and other events are offered at Castel Sant’Angelo overlooking the Tiber river.

Drama and music are staged at the Roman theater of Ostia Antica, organized by Cosmophonies and the Festival Euro Mediterraneo, which also puts on high-profile musical events at the ruins of “Villa Adriana” (Hadrian’s Villa) as well as Fiesta where you can dance to Latin American music from 11 pm to 3-4 am. “All’ombra del Colosseo” (in the shadow of the Coliseum) dancing and theater are organized in a nearby park overlooking the Coliseum. To know more of the up-to-date events however if you are in Rome you should the online magazine oggiroma.it – This magazine shows all the happening during that week – On the web you can also check the site of the city of Rome (since most of these events are sponsored by the comune di Roma they are quite cheap : see Estate Romana – Roman summer)

My Favorite: If You are in Rome during the Summer and you understand a minimum of Italian you will really enjoy Teatro La quercia del tasso . It is small outdoor theater on the Gianicolo hill (with the view of Rome on the background ) ususally performing light family oriented comedies.