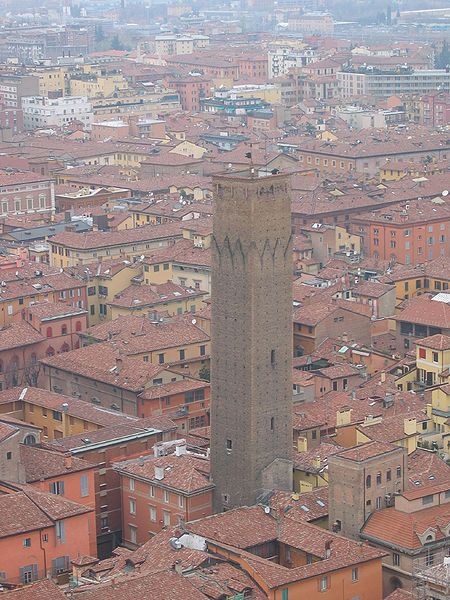 Bologna Itineraries and Tours on a Budget

Bologna has traditionally been the region in which many tourists, visitors and even locals venture through en route to Florence, Milan, Venice or Rome. Bologna is one of the great cities that is said to have not been affected, at least in the same way of course, by mass-tourism and mass-industrialization like the other counterpart cities mentioned. As a matter of fact, Bologna is really known for its great opportunity to experience a rich, rare and unique way of life. This great city holds some of Italy’s finest art and architecture. It’s said of Bologna and the beautiful smaller cities within this larger one, that history has truly left its mark here. Some of the great history of Bologna doesn’t just start or stop with its famous pasta or cured meats, but also the oldest University in Europe. This old, historic University accounts for much of Bologna’s sights and fame; museums, churches and the active cultural scene of the city. One of the greatest experiences for the visitors to Bologna is to interact with the College students, it’s an unforgettable experience.

The rich culture of Bologna might quite fascinate you and peak your interest to visit this city. Starting in the 13th Century, scholars began to establish themselves in Bologna, causing this growing city to begin to shape and mold to accommodate them. There are numerous rich and great treasures within Bologna that both date back to the 13th Century, as well as reflect this unique and incredible culture. Here are some great and famous parts of Bologna to experience all within a reasonable and affordable budget.

This is the central Piazza in the heart of Bologna and is marked by the city’s finest buildings. The Palazzo di Rei Enzo, named for and after the king of Sardinia, stands as one of the lavished demonstrations of histories effect on this area. The Palazzo del Podesta and the Palazzo Comunale are the seats of the local government that dominate the square, along with the 16th Century bronze statue of Neptune statue. This statue presides over the Fontana del Nettuno where sensual sirens are constantly present. The Basilica di San Petronio is the massive architecture that also accompanies and occupies great space in this square. This Church was intended however to be built large than the St. Pete Church of Rome, causing funding to cease for the Basilica di Petronio. The sight is spectacular and obviously impressive in its great appearance. The facade is in white and red, representing the great Italian Renaissance period. There are beautiful marble doorways and collections of art carved by Jacopo della Quercia on display.

The entirety of the massive Piazza Maggiore is filled with diverse art collections, intense and grand structures, historical artifacts and a magnificent church building. This square could take literally all day to see the entirety of what it has to offer and still you’d want to spend more time.

There are only a few of the structures and towers that were built by the nobles that are still remaining today. The leaning towers of Bologna are two of those few. These towers were built by noble families as a symbol of their wealth and prestige. The two towers are referred to as the leaning towers of Bologna, as they are the most famous of the towers left standing that are alarming leaning toward one another on Piazza di Porta Ravegna. It’s quite an interesting and amazing site to see, witnessing these enormous structures facing each other and still remaining intact. The seven main streets where Medieval Bologna converge is also in this very location, Piazza de Porta Ravegna. There’s quite a bit to see and experience in this contained area. As a matter of fact, you can climb the Torre degli Asinelli, which is the 500 steps to the reward and luxury of the astonishing view over Bologna’s red-tile rooftops and the landscapes priceless surrounding mountains. This area of towers, old historic main streets and Bolognese locals is also a hidden treasure waiting to be discovered and experienced in this local area.

The Museo Civico Medioevale is a collection devoted to depicted the life in Medieval time Bologna. There’s a Roman wall that literally runs through the middle of this historic museum, creating an interesting and unique artifact in and of itself. Again, this area was founded historically on the University; therefore one of the famous and enchanting treasures in this collection is the depiction of professors and mocking students in the courtyards. It’s come to be one of the famous works. There are one of a kind manuscripts, fascinating medieval cooking utensils and medieval objects from around the world on display. The museum is unique in its Medieval demonstration and individual University expression.

The Pinacoteca Nazionale holds many galleries devoted to the Bolognese painters, as well as other famous painters working in Bologna at the time. Italy’s largest collection of Guido Reni rests and is on display at this grand museum.

Museo Civico Archeologico is one of Italy’s most well-rounded museums for demonstrating the collections of antiquities. There are Egyptian holdings in this museum that include portions of the Book of the Dead and bas-reliefs from the tomb of Horemheb. This unique museum also includes Greek and Roman statues and a luxurious and peaceful courtyard lined with historic Egyptian artifacts.

These top three museums in Bologna are the most famous and best sought-after sights in the category of historic artifacts. Even if you’re not a historian, you’d enjoy this experience.

There are numerous sights to see and experience within Bologna in diverse areas. Again, being founded on the University, you’ll want to see and experience the live cultural surrounding the oldest University in Italy, as well as the life of the City it’s in. Even further, there are numerous churches and museums throughout the City holding old historic artifacts and collections from diverse time periods; Renaissance, medieval and even Egyptian. The streets are unique and worth the individual experience of the Bolognese locals. Of course, last but certainly not least, wherever you go in Bologna you’ll want to experience the sought after tastes of wine bars, bed and breakfasts’, picnic areas and authentic Bolognese food all within arm’s reach in the entire City.

Bologna really is full of treasure, culture, history and most of all unique and diverse people. It’s a City where people love to eat, mingle in the marketplace and do morning shopping and all with a Bolognese smile.