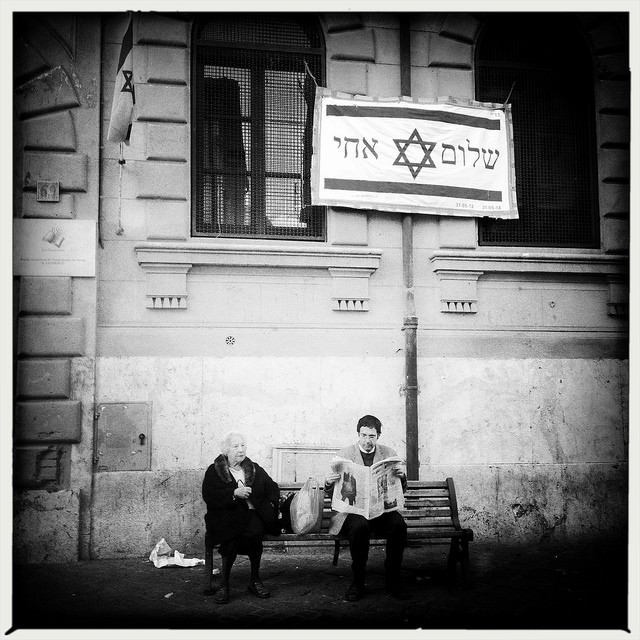 Though Jews first came to Rome from Jerusalem in 161 BC, many people are not aware of their enduring history in Italy. They arrived during Chanukah, asking the Romans for protection from the Syrian king Antiochus, and have been an integral part of Roman society ever since. They are neither Ashkenazim nor Sephardim:  in fact they are as Roman as all others who live here.

Tours through Jewish Rome have been in existence since 2002, and the guides still have the same passion, if not more, for this sometimes forgotten aspect of Italian life.They offer more than a simple walk through the city, they in fact open the doors into the customs of the Roman Jews who are, as an anonymous source described them, “orthodox in structure, conservative in philosophy, reform in behavior and Catholic in religion.”

A walk through the Roman Jewish Ghetto

A visit to the Jewish ghetto of Rome should certainly include the Jewish Museum, the Great Synagogue and, of course the most traditional Ghetto area itself. This will enhance your understanding of Rome as a complex, integrated place. During your journey through the narrow and lively streets of the Ghetto you will discover 22 centuries of struggle and joy, culture and misery, anecdotes and legends. You will meet local people, and get insightful, first-person perspectives on the history of the Ghetto and Roman Jewish life.

The Jewish Museum opened in 2005 and hosts an extensive collection of Torah covers, sacred texts, and other liturgical objects collected from the 16th through the 20th centuries. Another central spot for the Jewish history of the capital is the Spanish Synagogue, a hidden gem, still filled with its original 16th century furniture. However, the fulcrum of Jewish worship remains the grand Great Synagogue, a striking architectural edifice on Lungotevere Cenci. The Great Synagogue was built in 1904, sixteen years after the demolition of the Ghetto walls, in an Assyrian-Babylonian style.

No visit to Rome is quite complete without a glimpse into how the Jews have flourished in this city through the centuries, showing how this vital community has survived, with their faith and tradition intact, for twenty two centuries, passing through the Barbaric invasions, the Inquisition, 330 years of Ghetto segregation, forced baptisms and the Shoah.
For more information about tours of the Roman Ghetto, check Ghetto Tours in Rome

Please read our article on The Jewish Ghetto in Rome