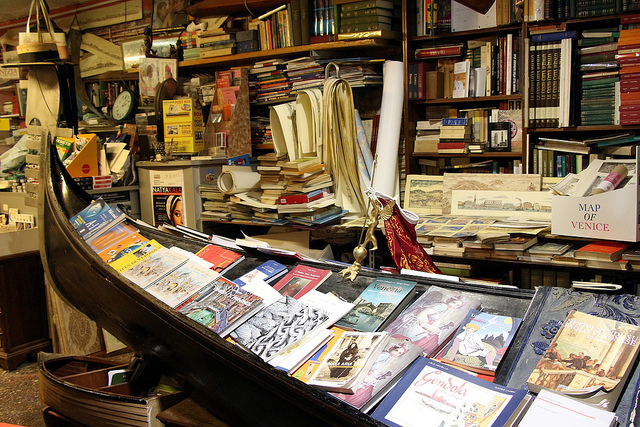 That Italy is beautiful goes without saying: I may be partial to the fairness of my own country, but I think the whole world has pretty much agreed on it, as heralded, for instance, by the large amount of UNESCO heritage sites in the country. What many may not know is that Italy, just as every country, doesn’t only have beautiful and historically relevant places to visit, but also some very curious ones, perfect to make your next holidays just that tad quirkier.

Every corner of Italy is a go-to destination for food lovers, but did you know there are plenty of museums around the country dedicated to our favorite dishes and ingredients? One of the most popular is certainly the Museum of Chocolate in Norma, a small town in Lazio. The Museo del Cioccolato “Antica Norba” is the perfect place to learn about one of the world’s favorite sweets. Within it, a full old-fashioned chocolate factory, entirely reconstructed, and La Fonte del Cioccolato, a true hot chocolate spring. The town of Norma also organizes a Festival del Cioccolato every year.

If you’d like to learn more about several different ingredients and dishes, you should definitely head to the province of Parma. Parma and its surrounding have marked the birth of many traditional Italian products, such as parmigiano reggiano, prosciutto di Parma and culatello di Zibello. A rich culinary tradition honored through the creation of several museums on the territory. The idea is to valorize local flavors and get people to know the story of such quintessential Italian products. Among the museums in the area, the Museo del Parmigiano Reggiano, the Museo del Pomodoro, Museo del Prosciutto di Parma and the Museo del Salame.

The first location to mention is not strictly cultural, but considering its surroundings it should, I think, have a place in this list too. If you’ve visited Rome, you must have noticed the city loves its cats: they’re a bit everywhere. As a cat lover myself, the aboundance of felines in the Città Eterna only increased my love for it, especially because a lot has been done to make sure Roman furries have a good life. In particular, the area of Torre Argentina has been transformed in an open sky sanctuary, Il Santuario dei Gatti di Roma, open every day from 12 to 18, where cats can live free and well taken care of by volunteers and locals. More than 400 cats call the sanctuary their home.

If you’ ve an interest in Italian art, you can’t miss a visit to Florence, of course. Did you know, though, that not far from it you get the chance to see the Colosso dell’Appennino? This majestic sculpture represents a crouching giant and is so large it even hosts finely decorated rooms within. If you’d like to check it out, head to Villa Demidoff’s park – which is open to the public only during the Summer – and look for the Colosso’s stony eyes among the emerald green of the many trees surrounding it.

Last but not certainly least, a little gem of beautiful Venice, home to a curious bookshop, the Libreria Acqua Alta. “Acqua alta” is a typical venetian phenomenon taking place when the tide rises the lagoon’s water level, often causing large areas of the city – Piazza San Marco included – to get under water. Not far from San Marco basilica, in Calle Lunga Santa Maria Formosa, is this amazing bookshop-come-curiosity museum, replete with charme. The libreria is home to an enormous amount of books, new and used, some of them out of print, stored in the most peculiar locations: old gondolas, boats, tanks and anywhere there’s a bit of place. Books here also become decoration and furniture, with old volumes turned into staircases, chairs and tables. It’s a definite must for all vintage and literature lovers out there.

As the cradle of Christianity, it’s no wonder Italy’s home to a large amount of relics. Of course, the ultimate relic is the Holy Shroud, but there are some even more peculiar. For instance in Padova you can say your prayers in front of the tongue of Saint Anthony, patron saint of the town. The holy relic is kept in Padova’s basilica and is freely viewable by everyone. Story goes that when the saint was exhumed 30 years after his death, his tongue had not decomposed, bringing the faithful to believe its preservation was miraculous.

You don’t necessarily need to be a saint to get a piece of you exhibited, though. In Atessa, a small town in Abruzzo, you can take a look at the rib of a medieval dragon. Head to the Church of San Leucio if you want to check it out: local lore says the church was built upon a cave home to a ferocious dragon slaughtered in times past by the Bishop of Brindisi. A story fit for the best fantasy novel, you say? Yes, but recent studies have demonstrated the bone belongs not to a dragon but to a more prosaic and terrestrial whale.

4.  Curious places for… lovers of the macabre

These are my favorite locations, as I have a penchant for all that’s gory and spooky. Palermo hosts the most popular of Italy’s frightful sightseeing spots, the Catacombe dei Cappuccini, to which we dedicated a whole article.

Head up to Umbria and you’ll find a similar place, the Museo delle Mummie di Ferentillo. The museum is hosted in the crypt of Santo Stefano’s church, where locals had been buried for centuries. When, in the 19th century, a Napoleonic edict forbade burials within city walls, the crypt was opened and a large amount of those buried there were found mummified. Studies have successively shown mummification took place because of the particular geological conformation of the ground where the crypt was excavated. Today, the mummies of Ferentillo are still in the crypt, preserved for posterity and visible to visitors.

In Turin you’ll find another fascinating museum dedicated to the ties between crime, anatomy and anthropology. The Piedmontese capital is where Cesare Lombroso, the father of modern criminal anthropology, found fortune. In 2009, on the 100th anniversary of Lombroso’s death, a series of relevant findings collected by Lombroso himself have been brought once more back to public attention. The collection of the Museo di Antropologia Criminale Cesare Lombroso is composed by several different objects ranging from anatomical parts, drawings and photos to writings, paintings and objects produced by mental hospitals’ patients and prisons’ inmates.

I have visited the bookshop Libreria Acqua Alta in Venice and bought some books from there and a mask from the mask shop next door.