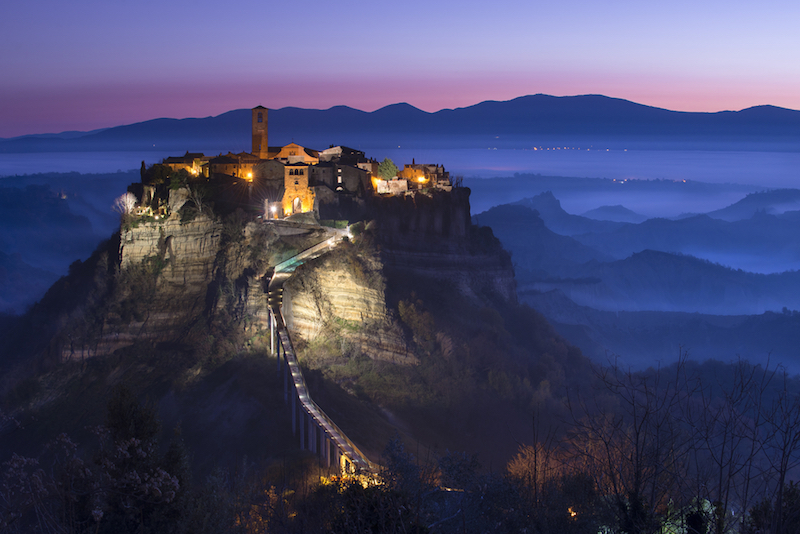 Italy‘s a country of a million treasures, I think we can all agree on this. There isn’t a corner of this relatively small slice of the Mediterranean that doesn’t strike for its beauty or history: from the majestic, snow capped peaks of the Alps, all the way through Milan’s Castello Sforzesco and Venice’s “calli,” Rome’s Piazza Navona and Palermo’s Cappella Palatina, Italy’s cultural and artistic heritage, along with the splendor of its nature, makes for some of the most outstanding experiences on earth.

Every country has its own secrets, though, and Italy’s no exception. Secrets of extraordinary beauty, that got somehow lost in the sea of magnificence il Bel Paese offers to all its people and visitors. Many thrive in such secrecy, enjoying the personal, almost unique relationship they can enjoy with places, buildings and works of art only known to locals and largely ignored by the loud, buzzy world of tourism; there’s, however, a downside to such intimacy, the risk of not being able to care for them properly, without the plentiful financial entries brought by visitors.

It’s because of this very risk that FAI, the Fondo per L’ambiente Italiano (the Italian organization for the environment) has created I Luoghi del Cuore, the heart’s places, a true census of all of Italy’s best loved locations, as selected by people around the country. Following a simple voting procedure available online and via a dedicated app everyone, Italians and non Italians, citizens and visitors, can signal to FAI their favorite Italian unknown treasures. Those receiving the highest number of votes get under the protectorate of FAI, which means the association will provide, within its possibilities, to restore and maintain them at their best.

I Luoghi del Cuore has been running for nine editions, and has saved a number of beautiful places around the country. Let us take a look at how it works and what it’s been doing to save Italy’s forgotten, beautiful secrets.

I Luoghi del Cuore: voting for your favorite places

I Luoghi del Cuore census has been taking place every two years since 2003. Through it, FAI asks people which locations or monuments they consider worthy of being rescued or valued more. The ultimate aim of the initiative is to make society and institutions more aware of the inherent value of Italy’s cultural, historical and natural patrimony.

The good thing about I Luoghi del Cuore‘s census is that’s open to everyone, Italian or not, citizens or visitors, which means you can vote, too, if you have visited a place in the country that particularly touched your heart. To be considered for intervention, a location must receive a minimum of 1500 votes. Of course, only places open to public access are eligible. The final list is published on the Luoghi del Cuore‘s website by the end of November every year.

In 2016, a large amount of famous Italian artists and public personalities have voted for their own place of the heart, too, their locations and commentaries available to read online: musician Ezio Bosso voted for the Teatro Sociale of Gualtieri, in the province of Reggio Emilia; Maria Grazia Cucinotta, internationally famous Italian actress, selected the Museo del Bisso, in Sant’Antioco, Sardinia, dedicated to a rare and extremely precious fibre, the bisso di mare, derived from a particular type of bivalve mollusk. Father Luigi Ciotti, founder of the Libera therapeutic community chose the Complesso Monumentale of Santa Croce, in Bosco Marengo, near Alessadria (Piedmont). The same location has been chosen by many others, including former commander of the Frecce Tricolori (Italy’s own aeronautical acrobatic fleet) Massimo Tammaro and actor Massimo Poggio. Art critic Francesco Bonami has selected the ghost town of Civita di Bagnoregio.

Thanks to the initiative, 68 locations have been rescued so far from oblivion and degrade, all over the country.

The amazing characteristic of I Luoghi del Cuore‘s initiative is the variety of the places that received support: from natural areas to schools and  religious buildings, the common denominator remains one: people’s love and attachement to them. To give you an idea of the multifaceted nature of I Luoghi del Cuore‘s support system, read on about some of the places that received FAI contribution so far.

A modern school: what a peculiar decision, you may think. Not for the people of Belluno, who voted in enormous numbers (at least half of the town’s population) to help this iconic local building to be saved from destruction.

Located in the town’s historical centre, the school has been closed for five years because of severe structural damages caused by water and humidity infiltrations. The building is a clear example of rationalist architecture, built to fulfil the pedagogical tenents of theorist Giuseppina Pizzigoni, who considered schools a place of experimentation and innovation, where children can learn through experience as well as on their books. Central to the school was its large vegetables garden, where generations of bellunesi learnt how to care for the gifts of the earth. Today, that very garden is one of the town’s favored green spaces. Several areas of the school have been saved from decay thanks to I Luoghi del Cuore‘s support, as well as through the investments wanted by the town council.

An immensely beautiful natural reserve comprising the whole area that leads from Marsala bay to the mouth of the river Birgi. This incredibly suggestive area includes beautiful, ancient saltworks created, very likely, by the Phoenicians and still in function today. From its salt hills, dotted with white windmills, the sea shows its majestic, azure clarity, interrupted here and there by small islands like Mozia, once a Phoenician colony, then conquered by the Carthaginians and today home to an important archaeological site. The Saline di Marsala have received a contribution of 20.000 euro from I Luoghi del Cuore, but unfortunately Marsala City Council has been failing to agree on the type of intervention to carry on. Because of this, FAI has decided to extend the limits of action for an extra six months, after which the grant will have to be returned and assigned to another location.

Winner of the 2016 census with more than 50.000 votes from all over the country, the Castello di Sammezzano has been receiving a lot of attention in recent years, especially after it risked to end up in private hands and be turned into a hotel. What a pity it would have been to make of such a beauty a pleasure for only a few. Its history, ancient and modern, is as fascinating as its exotically decorated rooms and beautifully landscape gardens. As we’ve dedicated an article to the Castello di Sammezzano, I invite you to go read it if interested in knowing more about this fantastic building.

The victory of FAI’s I Luoghi del Cuore is, indeed, highly needed for the castle: after almost two decades of abandonment, the building lies empty, many of its windows broken and signs of deterioration on many of its decorations becoming more and more accentuated. The gardens are no longer landscaped regularly and many of their magnificent statues have been stolen. Intervention, we all hope, will be swift.

Another sign of the variety of places and locations I Luoghi del Cuore supports thanks to the voice of people. Ditta Guenzati is an historical store in Milan, founded in 1768, specialized in accessories and English-style fabrics. It was one of the first places in Italy to receive the title of “negozio storico,” in name of origins well rooted into the history itself of the city. Giuseppe Guenzati, its founder, was a textile merchant in the Duchy of Milan and opened his first store in the Contrada delle Galline almost 250 years ago. Through the centuries, the store has passed from the Guenzati family to others (always related to the store, though, often to people who had been working there) retaining, however, its historical name. The last passage of property dates to 1968, when the Ragno family (along with the Morettis, who are no longer involved in the company) took over the business from the previous owners, the Tomegnos.

The store bears within many signs of history, as one would expect from a place that has been witnessing life passing by for so long. On its 19th century counter, for instance, are still visible two marks, placed at a distance of 92 cm (an exact yard) made during the Second World War, when American soldiers would buy Guenzati’s precious fabrics to bring home to their loved ones.

In spite of having still a thriving commerce, Ditta Guenzati hasn’t been faring well in recent years: the owner of Palazzo Venezia, Generali Real Estate, where the store has been since 1876, evicted all occupants to allow for an extensive restoration of the building. It’s for this reason that Milanese people decided to vote for Ditta Guenzati in the Luoghi del Cuore census, showing their profound attachment to tradition. Not only customers, but also suppliers from all over the world – including the president of the Scottish Tartan Authority – have been openly supportive of Ditta Guenzati and of its plea to remain open in its historical location.

Modernity, sometimes, forgets to pay its respects to the past, failing blatantly at setting a good example for the years to come. Isn’t it true?

The variety of places, locations and stories behind I Luoghi del Cuore‘s curious and intriguing, well worth a read on the FAI dedicated website, if you understand Italian and have a little time to spare. The initiative has the enormous merit to provide support for historical, cultural and natural realities often little known outside their local area, but not for this less worthy of being saved and appreciated. If anything, the initiative gives the opportunity to many a location, even just by making it into the list, to become known to a wider public.

There are indeed, a million little secret treasures in Italy, all deserving to be known, appreciated and loved. If only there were funds for each and every one of them to be saved…