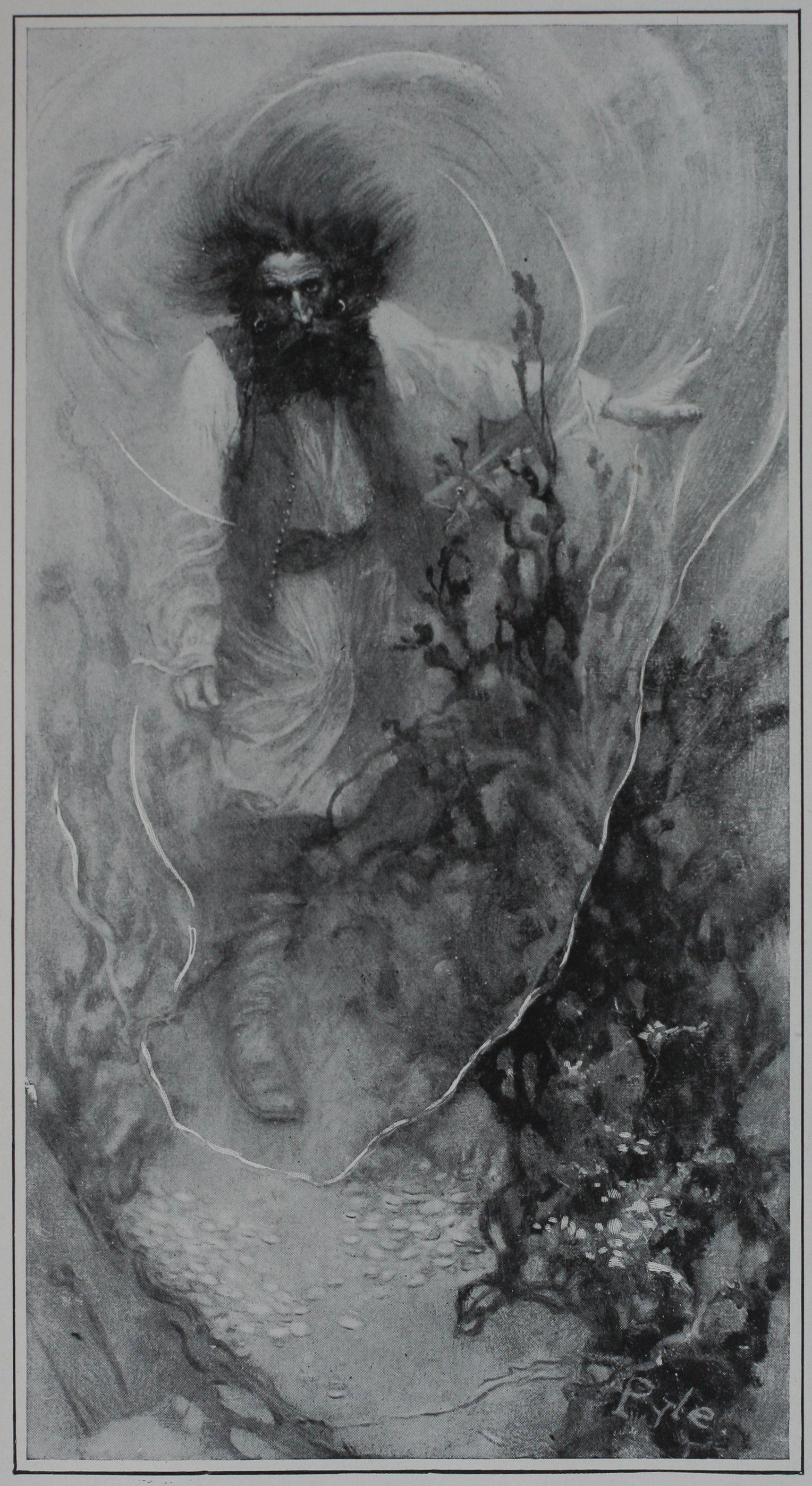 Legends, traditions and popular culture play a very important role in the history of the country. A lot of stories are linked to mysterious anedoctes and they are sometimes kept alive through museums, places to visit or tours. When visiting Italy, traditional art and classic monuments are conventionally the best loved destinations by tourists. Few people take into account the opportunity to live the country from a more out-of-the-ordinary perspective: all those believing that Italy does not hide a mysterious side are clamorously wrong.

Plenty of towns and cities in Italy are associated to mysterious facts and gloomy legends, to the point that some have begun to propose curious tours centred on them. If you have a penchant for the spooky, then you should try these particular visits of Venice, Turin, Genoa and Rome to get a different point of view on some of our most outstanding and charming cities.

When the night comes and darkness sets, Venice shows its mysteries to the full. If during the day Venice is the city of romanticism, at night it turns into a place of mystery. The Passeggiata dei Fantasmi e delle Leggende, a walk through ghosts and legends, is an interesting itinerary exploring the alleys and canals of the serenissima that revolves around six terrifying stories of terror. In case you were not scared enough, tales of sea monsters and evil Venetians will also keep you company during this amazing tour of the city. The itinerary touches on a series of architectural and artistic treasures hidden in some of the most characteristics alleyways and corners of the city, including abandoned cemeteries and secret passages, including the curious Scala Contarini del Bovolo, the Contarini del Bovolo staircase, built to allow an extravagant nobleman to ride up to his private apartments on his horse. The gruesomely renowned strade degli assassini (the killers’ streets) are also part of the itinerary: listen to the real stories of killers and their victims, who breathed their last breath in the darkest corners of Venice.

The tours starts on the ponte del Rialto and lasts about 1 hour and a half. It is led only in English, by experienced and qualified guides. As the tour can only accomodate a maximum of 25 people per evening, you are adviced to book your ticket and to ring 24 hours in advance to confirm your presence. Adult tickets are 25 euro (around 30 USD), but children under 6 can enjoy the tour for free. The tour operates rain or shine. If you want to book, check out the Passeggiata dei Fantasmi e delle Leggende‘s website.

The Passeggiata dei Fantasmi e delle Leggende is not the only ghost tour organized in the Serenissima. The Mysteries and Ghosts of Venice is another tour similar to the one just described, with the difference it is available in several languages including Spanish, German and French. The tours begin in San Bartolomeo Square, in front of Goldoni’s Statue and last about 1 hour and a half. The price for an adult ticket is 25 euro (around 30 USD) with concessions for kids up to 5 years (who can join the tour for free) and for those between 6 and 12, who pay half price.

Every Tuesday, Friday and Saturday at 8.00 pm.

Tours are held in English on Tuesday, Friday and Saturday, in Spanish  on Tuesday, in French on Saturday and in German on Friday.

Tours run from the 1st of April to the 31st of October.

Not many may know that Turin is considered the magical city par excellence in Italy. It is one of the vertex of the world’s black magic triangle, and also a focal point for practitioners of white magic. The locations and urban design of the city is brimming with occult symbology and plenty of literature has been written and published on the relationship between the Piedmontese capital and magic.

There is a plethora of tours to take in the city to explore its darkest corners, but we would like to propose here two of the best, the Magic Turin tour and the Underground Tour of Turin which will let you explore the once closed to the public catacombs and galleries running under the city.

The Magic Turin tour will lead you through the darkest corner of a city that is linked, as we said, to both white and black magic; you will get to know better the secret symbolism of some of its best known monuments, as well as the mystery of its most hidden gems. The tour departs from what is considered the fulchrum of magical activity in Turin, piazza Statuto and lasts for about 2 and half hours. You can book your ticket at Somewhere Events. Tickets cost 25 euro (30 USD). The tour is available in Italian and English.

Thursdays and Saturdays at 9.00 pm in Piazza Statuto, 15.

A walk through mysterious Turin.

The historical, yet very spooky Turin Underground Tour, which you can book here. The city’s 18th century underground tunnels were built with military purpose and today, along with the cellars of some of Turin’s most beautiful baroque palaces, they can be visited thanks to these interesting tour. You will explore Turin 15 metres underground for 3 hours, while listening to fascinating stories and legends of fearful events related to the city. The journey includes visits to the sites of never-solved gruesome murders, and the famous Royal Ice Depots, under Porta Palazzo. The tour is available in Italian,  English, Spanish, French and German (with an additional fee for the last three languages ) and should be booked at least 3 days in advance. The ticket starts from 29,50 euro (35 USD).

Genoa loves her ghosts, so much so there is a society dedicated to them. The Circolo Culturale Fondazione Amon specializes in folklore and occult studies related to the city of Genoa and its surroundings. It is this association that has organized, in the past, interesting ghost and mystery tours of the city. These events were a once off, but they proved to be very popular, which brings hope they will be soon reproposed to the public. The first was a Genoa Mystery Tour which took place on the 21st of June 2014. It focused on the events that shook Genoa in the 18th and 19th century, with the creation and developement of the nationalistic secret society Carboneria, which was to lead, with its work, to the events that brought to the unification of Italy. The tour created an interesting mélange of history and mysterious events, with the coming into being of Italy as a unified state in the background. Shortly after, a second tour, the Genoa Ghost Tour has completed the work of the Circolo Culturale Fondazione Amon. The event focused on more traditional ghost stories, murderous events and secret mysteries related to the Ligurian capital. The differences between this particular tour and the others presented in this article are its theatrical character and the fact participants had the opportunity to walk the street of Genoa and enjoy the itinerary on their own: upon meeting in piazza Matteotti, participants were given a map with the full itinerary explained. Ten performances took place along the itinerary, all involving the re-enactment of a specific ghostly event that took place in the city.

Our capital has been, in recent years more than ever, of the outmost interest for all those with a penchant for occultism. Dan Brown‘s novels, Angels and Demons in particular, have helped rising awareness of all that is dark and mysterious in the Eternal City. But Rome did not certainly need the endorsement of mediocre –albeit hugely successful– novels to exercise her ghostly charms on people: in the end, a city with more than 3000 years of history is bound to have a few ghosts walking her streets. This is mirrored in the presence of numerous organized tours, centred on the most mysterious and gruesome aspects of the city’s history.

The perfect tour for the lover of mystery and ghost stories is the Dark Heart of Rome-Fact, Legend and Mystery Tour. The tour follows an itinerary highlighted by tales of horror, murder and the occult delivered by well prepared guides. Groups are kept small (a maximum of 20 people per tour is usually preferred) to keep an intimate atmosphere and, well… make the stories truly creepy. This tour ends on front of Castel Sant’Angelo, from where it is easy to catch a night bus or a taxi to your hotel. Tickets cost 25 euro (around 28 USD) per adults. If you need to cancel, you need to do it at least 72 hours in advance, or you may be asked to pay an amendment fee. Meeting point for all participants is on the steps of the Sant’Andrea della Valle church.

A brief look at the tour

We mentioned Dan Brown’s Angels and Demons and, lo and behold, there is a tour of Rome that traces the adventures of Professor Langdon in the Eternal City. This tour, which is a bit pricier than the rest, as it comes with a price tag of 58 euro (about 65 USD) for the group option (private tours are available, too), is bound to make all Brown’s fans extremely happy. All the places protagonists of the novel are explored by this in-depth tour of the city, which also include a visit to Castel Sant’Angelo included in the ticket price. Transfers from one location to the other, when far, take place in air-conditioned buses. The tour touches on locations such as Piazza del Popolo, St. Peter’s Square, St. Maria della Vittoria, Piazza Navona, Castel Sant’Angelo and Il Passetto. The group tour is limited to 25 participants per guide and lasts for 4 hours. Meeting point is in Piazza del Popolo. As said, full price for an adult ticket is 58 euro, 51 euro for children between 4 and 14. Kids under 4 join for free.

The tour takes place on Sunday, Tuesday and Friday.