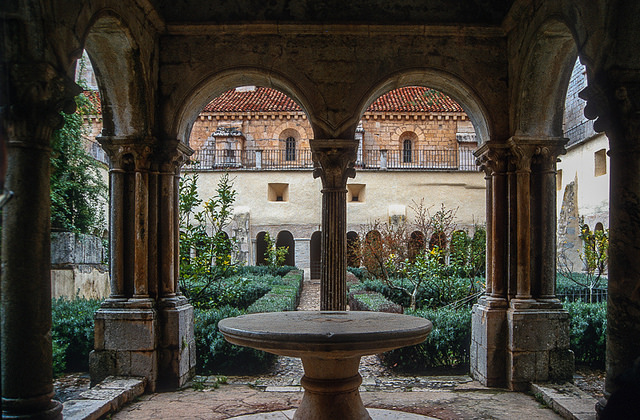 Italy is famous for its rich and traditional relationship with the Church, which not only made the country one of the strongholds of world Catholicism, but also resulted in a great deal of real estate development and the creation of quite amazing art. Monasteries are perfect examples of all three, as they encapsule into one place the idea of Catholic community and the artistic value of churches and other buildings related to it.

We can start with Monte Gargano which, unbeknown to most, was the first shrine in Western Europe. This enchanted Sanctuary is in Southern Italy, in the region of Puglia. The building is actually made of two main bodies: the Church, Santa Maria Maggiore, and the St. John’s Baptistery. Like any other religious compound there is a gorgeous bell tower; this one has a particular historical meaning because it was built by Federico II, one of the most brilliant emperors in history who, from Sicily, initiated a new way of thinking about the modern world. On a more architectural note, it is important to remember the Gothic portico that dates to the end of the 15th century.

If we head north to Padua,  we find the beautiful Basilica of St. Anthony, which was finished around 1300. It is unique because it was influenced by different architectural and art styles throughout the centuries, as well as by foreign influences, brought by the many invasions that hit the area.

It will only take a short trip from Padua to reach Venice, where the Basilica of St Mary of Salvation stands at the junction between the Grand Canal and the Bacino di San Marco on the lagoon. The Church has an octagonal shape; this is a building that, like the bell tower and Basilica of St. Mark, is very important in the overall look of the city, especially for its wide dome. The interior presents an array of colors and lights, as well as a gorgeous Baroque high altar, and of course the paintings of Titian. For those that have a passion for movies, the Basilica of St Mary of Salvation has been featured in several motion pictures, the most famous probably being Steven Spielberg’s Indiana Jones and the Last Crusade.

Traveling to the middle of Italy, about 70 miles southeast of Rome is the Abbey of Fossanova, one of the most significant Gothic constructions in Central Italy, built between the end of the 12th and the beginning of the 13th century. This abbey has ancient Roman roots, as it originally was a Roman villa and only later transformed by the Cistercian monks into a very important center of prayer and exchange for ideas and art. Today, the abbey offers lodging and food to pilgrims and, of course, a wonderful spiritual experience to all wishing to experience it. Many people enjoy having their weddings at Fossanova or baptize their children there, others seek a more intense, emotional experience and spend there a few days in meditation.

Let’s go now to one of the most beautiful cities in the world: Florence. Among its works of art and gorgeous Churches, Florence also hosts the Charterhouse or Certosa del Galluzzo, right on the florentine hills, in a heaven-like location. This complex was built in 1341, financed by the sponsorship of a rich Florentine man, Niccolò Acciaiuoli, who envisioned a place that could be a religious and cultural center, especially for younger generations, and would be considered the heart and soul of the city. The enchanting scene of the Charterhouse is of a mini-city where everything is balanced around both humans and nature. Life is simple and very basic, yet deep and spiritual. Earth products can be found and it is worthwhile to purchase some articles to bring home.