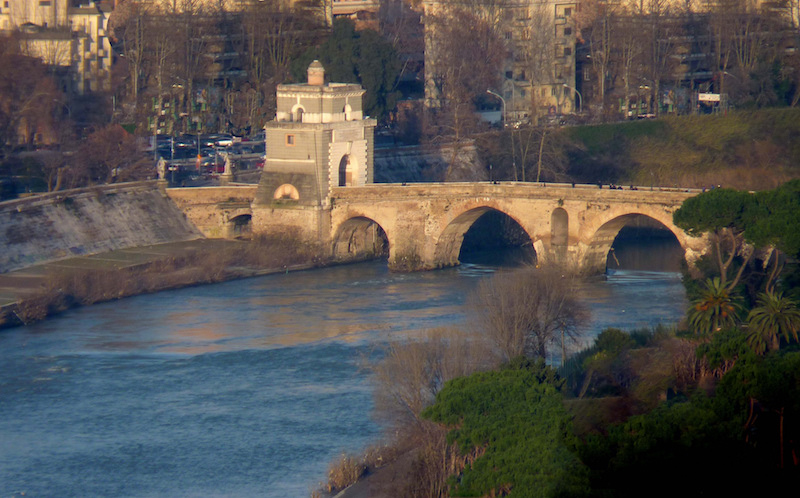 The Bridge of Love in Rome

When one thinks of Rome’s Ponte Milvio, also known as the Milvian Bridge, they could be forgiven for not identifying this edifice as a symbol of love. In fact, the opposite has been true for most of the bridge’s two millennia existence. Since its very earliest construction in 206 BC, the Ponte Milvio has been a symbol of military might, dedicated to the triumphant victory of Rome over Carthage the previous year in the Second Punic War.

The current bridge, dating to 115 BC is most famous as the sight of a pivotal moment in Christian history: The Vision of Constantine. In 312 AD, the Ponte Milvio became the epicenter of a Christianized Roman Empire when Constantine the Great was led to victory over his rival Maxentius by the divine intervention of the Christian God. Without this moment in time, Roman persecution of the early Christians may have continued unabated for another century or more. 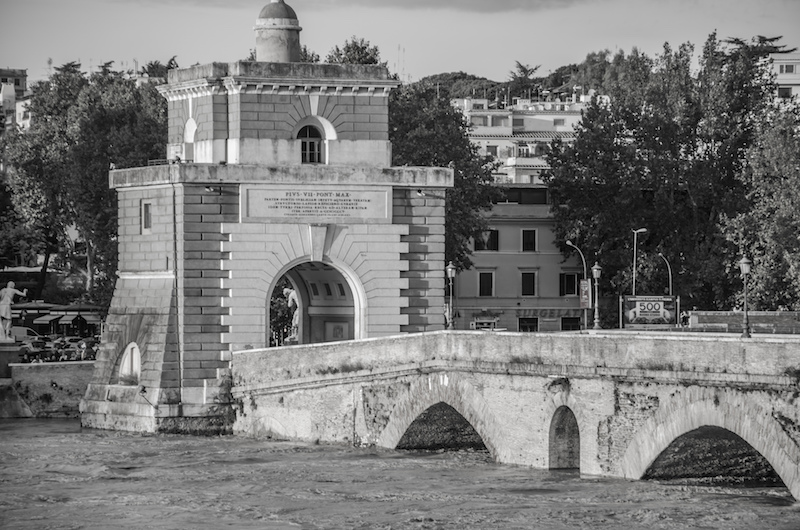 The Ponte Milvio has been repaired on numerous occasions, especially after it was partially demolished by Garibaldi during the Risorgimento. Today, after repairs and the additions of statues and a tower by several Popes the Ponte Milvio looks much different than it did in ancient times. The bridge today is also a much more peaceful place and instead of marching Roman legions, the Ponte Milvio has now been invaded by an army of young lovers.

In 2006, a romance movie based upon the novel “Ho Voglia di Te” was released in Italy and it started a ritual now wildly popular with young couples. In the movie, a teenage couple is seen writing their names on an ordinary padlock and locking it with a chain around a lamppost. Both the novel (a sequel to “Tre Metri Sopra il Cielo”) and the movie were hugely popular with Italian teenagers, who began to imitate the practice on the Ponte Milvio, then throwing the keys into the Tiber in a gesture of undying love. 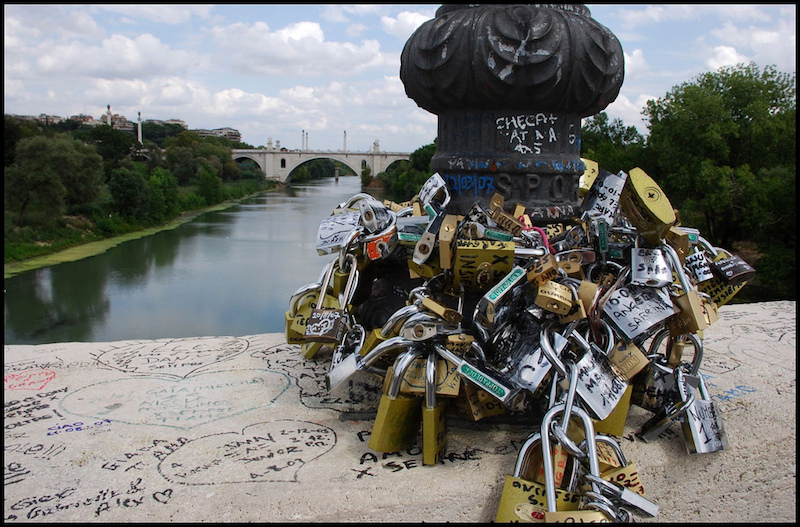 By April of 2007, so many young lovers had imitated the ritual that the lamppost had begun to buckle under the weight of so many padlocks. The loss of the lamppost did not stop young lovers from the rest of Italy coming to the bridge in order to chain their locks and so the Mayor of Rome had to find a solution.

Recently, the Mayor has had all of the original lovelocks have been moved to Rome’s City Hall and are on display. Lovers arriving at the bridge can still lock up their love as Rome has installed posts upon the Ponte Milvio where the lamppost once stood. 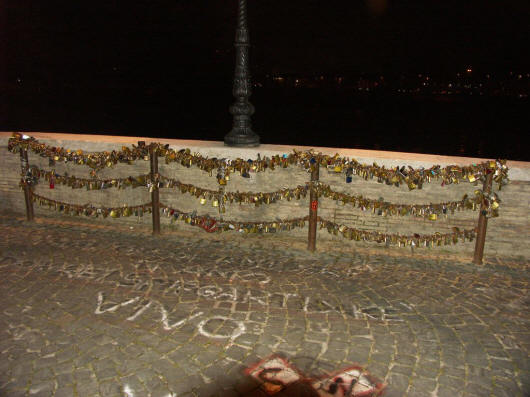 Meanwhile like all things romantic, some have started to capitalize on the fad and are selling padlocks by the Ponte Milvio for the throngs of teenage lovers ready to show their devotion, but forgot their locks.