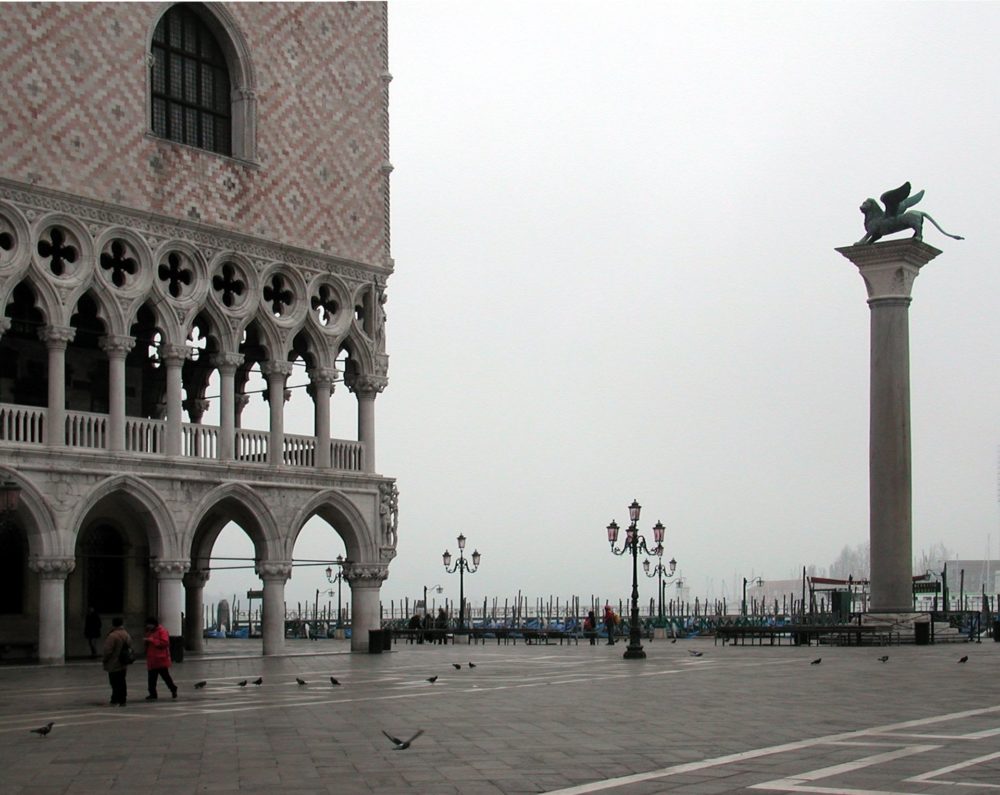 Squares are so typical of Italy‘s urban architecture it seems almost a duty to dedicate a series of articles to them: today, they are often the heart of a town’s social life, as well as a great starting point for tourists to enjoy its architectural and artistic flair. In the past, squares were just as crucial to people’s life, as the presence of palaces and churches shows us: the square was the social and administrative hub of each town or city, the core around which it developed. Let’s take a look at some of the most iconic squares in the country, from north to south, starting from our beloved Alpine regions, moving then to the beautiful land of Tuscany and finally to the sun-drenched squares of the South.

The most beautiful squares of Northern Italy

Piazza Castello is probably tourists’ favorite spot in the city. It is located in what is today considered the financial heart of Milan and takes its name from the beautiful Castello Sforzesco, once home to Milan’s leading family, the Sforzas. The Sforzas ruled over Milan in Medieval and Renaissance times and transformed it into their signoria. The castle is today a museum and cultural centre.

Piazza del Duomo is incredibly famous and it always appears in films and documentaries set in Milan. It is a vital point for the city’s student life,  and attract hoards of tourists every year. Its seventeen thousand square meters often become scenery for events, shows and parades.

Piazza delle Erbe is an historical jewel: situated in the Foro Romano area, it includes monuments and buildings that have marked the life of the town throughout the centuries, such as the Palazzo del Comune, the Torre dei Lamberti, the Casa dei Giudici and the case dei Mazzanti.

Our Venezia only has one conventional square, as others similar ensembles are called campi.  The square in question, though, is so famous and beautiful it can be considered one of the most recognizable squares in the entire world: Piazza San Marco. Piazza San Marco is truly unique and stunning, both for its artistic value – the  Basilica di San Marco with its  campanile dominates the square- but also because of the peculiarity and beauty of its surroundings: the venetian laguna. The square is today the center of political, social and touristic life, but is also known by Italians and tourists alike for the presence of numerous pigeons, which the tourists used to enjoy to feed (this is not possible anymore).

Piazza Maggiore is one of the most characteristic squares in Italy. This one hundred and fifteen meter long and sixty meter wide square is home to  the Basilica di San Petronio, the Palazzo Comunale, and Sala Borsa, all build during the Middle Ages.

Turin, city of the Savoia family and first capital of Italy, still carries today the charm and allure of its olden days. The city is among the most elegant and refined you can possibly come across in the country, its grandeur only emphasized by its most famous squares, Piazza Castello, Piazza Vittorio Emanuele and Piazza San Carlo.

Piazza Castello is the political and historical center of the city, home to the Palazzo Reale, the Palazzo Madama, the Teatro Regio, the Palazzo della Giunta Regionale, the Armeria Reale, the Palazzo del Governo and the Chiesa di San Lorenzo. This square is also a central link to some of the most popular shopping and entertainment streets in the city, as it joins together Via Roma and Via Po, and Via Garibaldi and Via Maria Vittoria  stem from its perimeter.

Piazza Vittorio Emanuele, or simply Piazza Vittorio, as most Turinese and Italians would call it,  is a very famous square, at the centre of Turin’s social life. With its 31.000 square meters it is one of the largest squares in Europe, located in the old univesity area of the city.

Piazza San Carlo is the most elegant and refined square in Turin. It is surrounded by ancient palaces and cafés full of tradition and old-time allure, but it is also, at the same time, a hub of contemporary lifestyle thanks to the presence bars and famous shops.

Piazza dell’Unità d’Italia is historically known as Piazza Grande. Absolutely unmissable if you stay in Trieste, as it’s home to some of the best known monumental building of the city, such as the Palazzo Comunale, the baroque column, taken from the statue of Charles VI, the fountain of the Quattro Continenti, the Palazzo Pitteri, the Palazzo Stratti and the Palazzo del Governo.

One of the most peculiar squares of Italy is in Trento: the Piazza del Duomo. It is placed in the central part of town and it is surrounded by ancient monuments among which the Palazzo Pretorio, the Torre Civica and the Neptune fountain by Francesco Antonio Giongo.

Piazza de Ferrari is the social and economic heart of the city. This beautiful square is at the heart of old Genoa, where you will have the opportunity to visit amazing monuments and palaces such as Palazzo Ducale, the teatro Carlo Felice, the Palazzo della Regione Liguria, the Accademia Ligustica di Belle Arti, the palace of the new stock exchange and its monumental fountain.