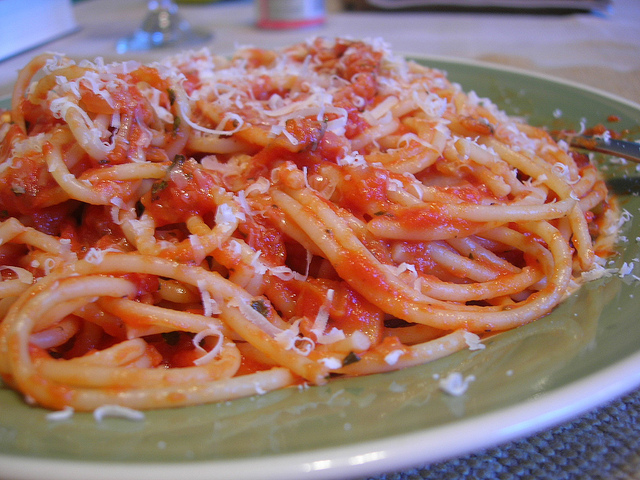 On a bright and sunny morning, my airplane from Melbourne landed at the airport in Rome. My summer holiday was finally beginning. I had decided to take a trip to Italy because my mother arrived from there to Australia, and this was her homeland. I still have relatives in the country, so I thought of a plan to visit them and see the important sights of the land where mom grew up.

I had actually heard a lot from David Marocchi, our friend, about Italy: he was the one who got me interested in visiting Italy so, thank you David.

Since my mother grew up in the region of Calabria, which is in the South, my plan was to first visit the great Italian capital, Rome. This city is called ‘eternal city’ for a reason: it has always, since its founding, been a capital city. First, it was the capital city of the great Roman Empire, then the seat of the Papal State. When Italy was united, it was naturally chosen to be the capital. This fact was telling me that there were plenty things to see in this great city.

Once I landed, I thought it would  have been nice to go down town and wander the city center to see as much as possible. This turned out to be very rewarding, as wherever you ended up in the city center, there was something of importance to see.

This way, I stumbled upon the great Panthenon and I stood and look in awe at the greatness of this monument. It is a very frightening building because it is so large. I decided to go inside and see what how it was inside: in it, the tombs of kings of Italy, including Vittorio Emanuele II, its first king, and also of famous artists like Raffaello. When I gazed at all the important things inside I went out to look for another place of interest.

I did not have to go far to see another great thing. Few hundred meters from the Pantheon I came across the Fontana di Trevi, the greatest baroque-style fountain in the world. This fountain was commissioned in the 18th century by the Pope Clement XII. It is one of the most beautiful things that you can see in your life. I threw a coin in its waters, because they say that it is good luck to do so. After spending some time taking in the beauty of the fountain, I moved on.

Next, I reached the Spanish Steps. By the time I got there, I realized that I would have to speed up, because I will not be able to see everything in one day. Rome is full of interesting things and it could take weeks to see everything properly. Since I had only one day before my flight to Reggio Calabria, I tried to see as much as I could.

But I just had to sit on the Spanish Steps like many young Italians and to have a smoke there. It is truly relaxing to just sit there for ten minutes and watch people as they pass you by. After giving some thought as to what will I have to leave to my next visit, I moved on towards the Roman Forum, or, rather, its remains. In spite of being only a memory of their former selves, they still manage to give a true impression of the Forum’s grandeur. I was able to see the building of the Curia (Roman government building), Arco di Costantino (Constantin’s triumph arch) and the place where Caesar died.

Once I visited the Forum, it was getting late and I had to go to my hotel to stay the night. I was still feeling the jet-lag and I got tired quickly. The next morning, I took the forty-five-minute flight to Reggio Calabria. At the airport, I was greeted by my relatives. They drove me through the town to their house, and promised to show me all the important things of Reggio tomorrow. As the town passed me by, it seemed that it had a few interesting things to show me. And it did.

First of all, the town is along the coast,  of the Messina Strait. It has a long street that ran along the beach and it was a wonderful sight. You could go from one side of town to another simply by walking along the beach. There is also a long quay, called Lungomare: since it was summer when I visited, the lungomare was teeming with both residents and tourists.

From the Lungomare, they took me to the Museo Nazionale della Magna Grecia. Since this was the place where Ancient Greeks had their colonies, they left a lot of interesting things behind them. These things provided the archaeologists with a view inside the life of the Ancient Greeks. The exhibition in the Museum showed many tools and other things used by the Greeks. For those who know italian, this is the link to the museum. It was interesting to hear what my cousins had to say about all that, because they seemed to be well taught in their region’s history.

I’ve spent an amazing ten days with my relatives in Reggio Calabria. I had been out in the sun all day and I got a nice tan. During the night, we would go out on the quay and party. There is always some concert on the amphitheatre on the quay, and there are also clubs on the beach where DJs play good music. It was amazing. I will definitely have to come back here again, but this time, I will stay in Rome for more than one day.

Written by Maya Johnson, a college student at Griffith University.