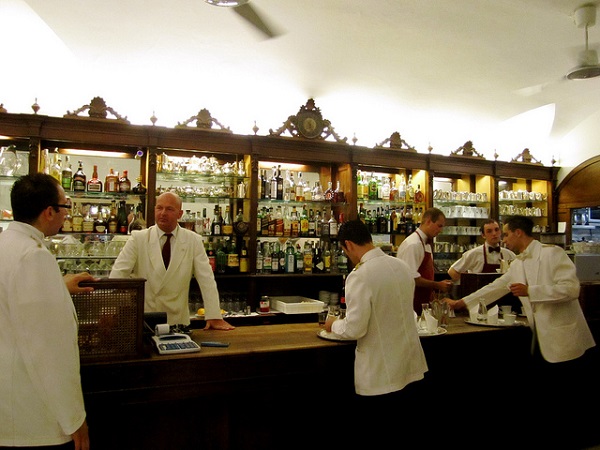 Tipping depends on many different factors and habits, and customs tend to change from country to country. Some countries consider it compulsory. others believe it is an offence, while others simply believe that tip is the expression of a reward for good service: Italy falls into the third category.

When Italians travel to countries such as the US, where tipping is a well-established rule, they do end up having problems very often. Truth is this doesn’t happen because Italians are rude or stingy, but simply because they hold very different habits from Americans when it comes to giving extra money to waiting staff.

More often than not, it is a simple matter of different cultures clashing: Italians are not mean, and those who think they just refuse to pay a tip because they are not generous forget to take into account how differently things work in Europe. Tip is usually a choice made by customers and relates to their satisfaction with the service and food. This is the main reason Italians are a little reluctant sometimes to leave the gratuity to waiters.

Very often, also, Italians think service is included in the check. In Italy, when you ask for the check you will not find the charge for the tip, “mancia”, but you will sometimes find the entry “servizio”, service, which actually stands for the service and work carried out by the waiters. However, this was often criticized by consumers, who felt they were often charged too much.   The old Italian entry “pane e coperto”, bread and cover, was badly criticized by Consumer Associations. Nowadays, in Rome the charge for the “coperto” is forbidden, but you will find a basket of bread on the table, and if you don’t send it back it means that you accept it and that you are willing to pay for it (it basically replaces the old “coperto”). In the rest of Italy, you will only have to pay service in some restaurants, which have the duty to state this clearly on their menu. The price for service may vary from restaurant to restaurant, but it is usually around 10-15%, while the coperto is usually between 1 and 2 euro per person.

The point is that, all in all, tipping in italy is up to the customer, and it becomes at times hard to realize it is compulsory in other countries; even those who are happy to leave a tip, often get caught by leaving the wrong amount. As in Italy tipping is a choice, customers also decide how much they want to leave and this is usually based on the level of their satisfaction: the higher the tip, the better the service. Much depends on the politeness and cordiality of the staff, but the amount is something extremely subjective and waiters can never and will never ask for it. This clearly is very different from the American standard habit of tipping 10%-15% across the board.

The thorny issue of tipping is not only for restaurants, but also for other types of services. Let’s take tour guides, for instance. Even if there is not a rule or an established tipping fare, it is a good custom to always leave a reward for the guide. If the tour guide was kind and did well its job, people usually collect money and give the tour guide a ‘collective’ tip.

So, tip or not to tip, this is the question: Italians sometimes find it difficult to conceive tipping as a ‘duty’. It is true that some may find it harsh not to reward waiting staff after a nice meal, but to many Italians that is the duty of a boss, not of a costumer. Ultimately, however, one must follow the old saying, “when in Rome, do as the Romans do:” when in the US, tip like an American.