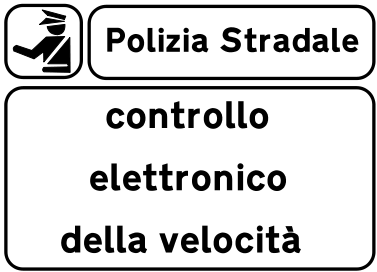 When traveling in Italy things are beautiful, but with the Euro/Dollar conversion things can get very expensive, so let’s look at some great ways to save some money when travelling in Italy.

The first issue is where to exchange money. Of course the easiest solution is to get money from an ATM on an as-needed base but if you have cash, the cheapest way to exchange dollars into Euros is at an Italian bank. For some reason American banks charge high fees but this isn’t the case in Italy. Some people change money at airports, but the small exchange booths there will charge a steeper fee than an Italian bank. You could also pay with a credit card but of course there are the associated fees with each transaction so it could cost you more than to just change all the cash at a bank.

Let’s continue with the number two issue, the cultural one. Common sense and basic rules are usually very similar from country to country, but that little grey area of difference can save you a few bucks. The classic example of this is tipping. Italians are not big on tips, especially in restaurants, and definitely not in night clubs or bars. So forget the 15-20% rules so popular in America, in Italy your server won’t be expecting the same. If the service is impeccable then you leave 10%, which is considered a very good tip. Don’t forget, waiters and bartenders are on a full salary with benefits and all. When having drinks, tipping is not necessary and very uncommon. Feel free to leave spare change, but nothing more is required. Another difference is the issue with refills. Don’t expect countless refills of Coke or coffee in Italy; you’ll have to pay for each one.

When it comes to transportation, things are pretty much like in the US. In big cities things like taxis cost more. In a city like Rome you’d probably be better off walking or using the bus if you can due to the traffic and limited reach of the subway in some areas.  Be careful when renting a car, as speed cameras are all over the place and fines are very very expensive. Cameras are also strategically positioned to make money and speeding fines start at about 180 Euro. If you see a sign like the one above, slow down. Most are probably (but not always ) within a mile or two of a speed machine.

Travelling by train is less expensive than other countries in Europe. “Treni regionali” and “Regionali veloci” are local trains, very cheap, but they stop often. If you have to go quite far (let’s say, from Rome to Venice), you’d rather take a “Freccia”, the new fast trains by Trenitalia, the State owned company. There’s a new company serving long-distance fast trains too: Italo. They are as comfortable as the freece, and often they have lower prices than Trenitalia; but they are not spread everywhere. For example you can’t take a Italo train to go from Venice to Milan. With Italo you can go from either Venice, Milan, Verona, Turin to Rome and Naples (it also stops at cities in between). Both Italo and Trenitalia have good deals if you book in advance!

Another way to save money is to eat at restaurants off the tourist paths. Just as with most other parts of the world, the restaurants near where tourists tend to gather have much higher prices than those sometimes just around the corner. Ask to see a menu if one is not posted, and never feel obligated by the sometimes insistent hosts telling you how hungry you are. What I actually do myself I go on trip advisor and look for “restaurant city-name” . You will get a pretty accurate list of quality resturant rated also by price.

In most restaurants in Italy, water will cost you because it is always bottled. Remember that in Rome, water is free… in the many fountains around the city, and these are quite safe to drink from. Also, again in Rome and other larger cities, if you stop in a coffee bar for a cappuccino or other drink to take a break from sightseeing, you might pay more if you sit down at a table instead of stand at the counter. Usually there’s a list of prices “al banco” (at the bar) and “al tavolo” (at the table). When in doubt, ask the cashier.

Overall, traveling in Italy can be reasonable. Do some research before you go and enjoy!

More questions?  Ask us at our LifeinItalyFacebook group.