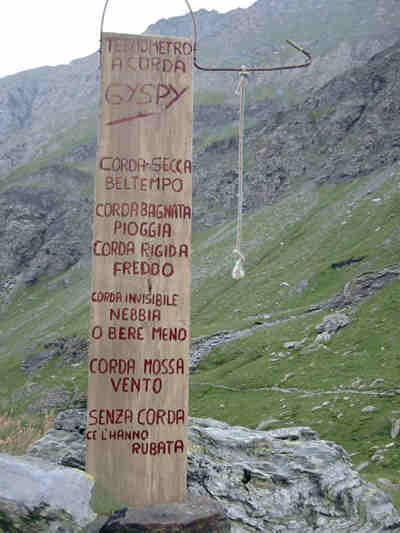 Italy is not a huge country, certainly nothing compared to the immense extension of the US. Also for this reason, there are no huge differences in climate like those you may find between, let’s say, Michigan and Florida. For this reason, you can use the next few hints on weather and climate in Rome as a good meter to assess the way weather works all over Italy: you just need to add 10 to 20 degree F if you head South of the capital, and lower the average of the same amount of degrees if, on the contrary, you decide to head North.

I lived in Rome for approximately 20 years and I still go to the Italian capital from Washington D.C. about 4 times a year.

Although there are seasons in Rome, the weather is relatively mild in the Winter, at least in comparison to D.C. Rome sees the snow rarely, maybe once every 10 years, but of course snow is a common occurence in the Northern areas of the country.

While you can expect fair weather all year round, there are greater chances of rain in the Winter months.

In the exceptional event of a snow storm, the city becomes immobilized and everybody goes out to take pictures. Some enthusiasts even take out their skis to try them on the slopes of one of the hills where Rome lies.

However, such unusual climatic episodes last for only a short time, and, normally, after about 24 hours the snow melts, and a pale winter sun creeps out from behind the clouds.

Summers in Rome are hot. 30 years ago, Summers were hot and dry but now tend to be as humid as D.C.’s. While midday temperatures can be quite warm, evenings become very comfortable and enjoyable when the sun goes down, encouraging a lively night life with restaurants and other attractions remaining open until the early morning.

Few houses have air conditioning in Italy because, even when it gets hot, temperature is still more or less acceptable (OK, maybe not by US standards). Moreover, Italians have a deep-rooted distrust of air conditioning, which is believed to cause all sorts of ailments, from sore throats to rheumatism. Fortunately, most hotel accommodation of reasonable standard in the city has air conditioning.

Without a doubt, the one place you’d feel warmer in Italy than in the US, especially during the Summer, is an office building! I do not know why, but US office buildings tend to be colder in the Summer than in the Winter… I guess there is still a lot of energy to waste …

Also, since Rome is expected to have a relatively mild climate, houses are not as well insulated or heated as in the US or the Northern regions of Italy, so when outside it is cold, houses tend to be on the chilly inside, too. The high cost of energy in Italy also contributes to the parsimonious use of heating (or air conditioning).

While it has improved a lot in recent years, I have to admit weather forecast in Italy does not even come close to US accuracy. I have no idea if this is due to Italy’s geographical location and shape, or if it is because Italian weathermen “do not even look out the window” 😉 but one thing is for sure: our weather forecast is not as reliable if compared to its American counterpart!

In any case, I noticed that Italian weather forecast are somehow more “pessimistic! for the traveler (possibly, more optimistic for the farmer): during the Winter, weather maps often show the image of a cloud over Rome.

While this image conjures up ideas of day-long battles with drizzle or downpour, the reality is that it might rain only 1 hour at night, with the rest of the day being perfectly fine. On one occasion, I checked the weather just before leaving the US. The forecast showed showers and cold weather for the following 5 days or so in Rome. When I got there, I did find the cold weather, yet there was no sign of day time rain for the whole week.

So, unless there is an indication of a 100% possibility of rain, chances are that the weather will be acceptable. Sometimes, Winter weather in Rome is even better than July weather: did you try to walk those Roman ruins when the outside temperature is 100 degrees?!  Ok it might not be as humid as certain areas of the US, but it is not going to be that pleasant, believe me!

I particularly like Rome in the late Spring and early Autumn, since it offers plenty of places to walk and eat ‘al fresco’ (or in one of the many outdoors establishments). During the Summer you can eat al fresco until late in the evening. Only a few days of the year are too hot to eat outside in the evening.

June to September are the ideal months to go swimming in the sea, with the bathing season opening earlier and ending later as you move further down the Italian “boot.” In Sicily people often manage to go swimming well into the Autumn.

Spring and Autumn are the best times to be doing touristic stuff in Rome, even though the Summer has the Estate Romana, which offers more entertaining events than any other time of the year.

Of course, there is no skiing to do in Rome! Even though there are some good skiing resorts on the Apennines, it is of the Alps you think when saying “Italian skiing holiday”. The season usually starts in late November/beginning of December and last through the month of March. Later, the days are beautiful and full of sunshine, but the snow gets too mushy for skiing.

March offers already acceptable temperatures, but it is better wait for April / May to enjoy this type of trip to the full. June also is good, but it might be hot. July and August could be quite hot (however, it is very, very rare to see rain in July, a factor to certainly take into account). September is just about perfect, October is acceptable, while from November to February it is a matter of luck to find a nice day to travel.

Of course, Sicily offers warm days almost all year round, while the North has greater chances of rain (and snow). Temperatures and precipitations depend a lot on altitude and proximity to mountain ranges: this is why for instance it rains more in Umbria, a region I visit often, which is hilly and near the Apennines, than in Lazio or Campania, which are very much at the same latitude.

Extreme cold is also possible in Italy: the Winter of 2004 has remained in the annals as one of the coldest, where even in central Umbria temperatures in a village recorded an incredible minus 40 degrees centigrade. So, while chances of fair weather are pretty good all year round,  extremely hot or cold weather are still possible at times.

In fact, there has been a lot of discussion in recent years about climate change and the possible impacts of it on Italy, with Summers becoming hotter and more humid, Winters becoming colder and rainstorms becoming more violent.