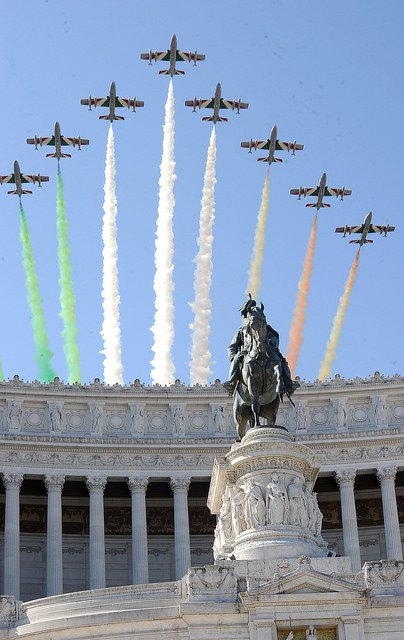 People who have travelled to Italy during the off season months of January, February or March would be absolutely stunned by the number of tourists that they would find in the month of June. The tourist season kicks off in Italy in April, with May and June the two of the busiest months in the country. The main reason for these many people travelling to the country in June is because of the excellent weather. It is a good time to visit, but for those who don’t mind the crowds or the high prices of hotel rooms and airfares.

At times, it might seem there is no slack tourist season in Italy, since no matter when you visit, you’ll always find people: June is the best time to visit Italy in terms of weather but, for those planning to travel on a low budget, it is best to avoid it. In June, car rentals, airfares, hotels and pretty much all services involved in tourism tend to be more expensive. From eateries to craft and souvenirs shops, prices may well be higher than in the Autumn or the Winter.

As we said, June in Italy is touristically high season: with schools closing in the middle of the month, locals, too, begin their vacations in June.  At the beginning of the month, weather  is much like it is in May, pleasantly warm, but not very hot. However, towards the end of the month temperatures can rise very steeply in most parts of the country, especially in the South. Seaside resorts are always filled with tourists from all over the world because of the hot climate, and even locals flock to the seaside, fleeing the often unbearable heat of the cities. June, 21st is the longest day of the year and definitely one of the hottest, too.

There are benefits, too, though: wet days are very uncommon in June so it is possible for visitors to enjoy many great days outdoors.

In June, temperatures in Northern Italy are comparatively cooler because of the proximity to the Alps. In Milan and other parts of the North, the average temperature usually remains between 13 and 25 degrees Celsius (55 to 77 degree Fahrenheit), with only a few wet days.

In Central Italy, including cities like Rome, temperature is approximately between 16 and 25 degrees Celsius (61 to 77 degree Fahrenheit). In June, wet days in cities like Rome are not very common, but if they occur, the temperature might plunge down.

In Southern Italy and the sea coast, including Palermo,  temperatures are definitely among the highest in the country. In June, they remain between 20 and 25 degrees Celsius (68 to 77 degrees Fahrenheit). Wet days are quite uncommon in the month of June so outdoor conditions are enjoyable.

Overall, precipitations are quite uncommon and more likely to occur in the Northern regions of the country.

Where to Visit in June

In June, visitors should be ready to fight hordes of tourists, no matter where they plan to visit. All the major cities like Rome, Naples, Venice, Bologna and Milan are usually overwhelmingly crowded. Those  planning to visit these cities should consider getting their hotel rooms booked well in advance. However, if you are looking for some quiet time and do not fancy too much crowd it’s best to forget large cities and head towards small picturesque villages. June is an excellent month for seaside activities, too, as temperatures are warm and the water starts getting pleasant.

Many celebrations and festivals are held in the month of June in Italy. Beside local Saint’s days, celebrated pretty much everywhere in the country, there are several other interesting events you could take part in, as even the smaller villages in Italy celebrate local festivals. Outdoor music festivals and food festivals are quite common. The main benefit of visiting local festivals is that they provide a valuable glimpse in the life of the locals and make the vacation unique. Some of the most important festivals in Italy during the month are:

Last, but certainly not least if you love good food (and who doesn’t?!), June is also a month known for delivering to the people of Italy and their guests a bounty of delicious fruit: apricots, cherries, strawberries, Summer figs (more ripe in September!) first, and plums, lemons and peaches a bit later in the month, herald the arrival of the hot season to Italy and become an everyday presence on Italian tables.