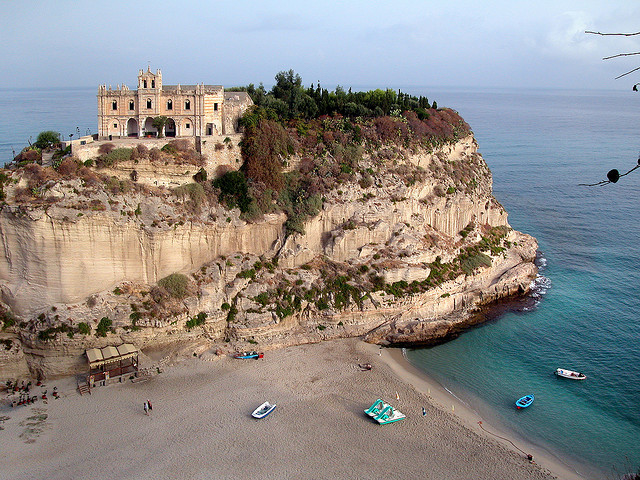 Italy is made up of three distinct geographical areas – its north, south and central regions. Anyone visiting Italy should be aware that each of these has its own unique climates and weather conditions, which may affect your vacation. The weather in Southern Italy varies from the inland towns to the coasts, where one finds sun, sizzling hot summers, and usually mild Winters.

When you visit the southern parts of Italy you will find a marked difference in climate between coastal and internal areas. This difference is particularly noticeable during the Winter season. Higher altitude regions are wet, cold and often experience heavy snowfall. Coastal areas, which comprise the main towns and cities, have a typically Mediterranean climate, which means mild Winters and hot, dry Summers. The intensity and duration of the Summer season tends to increase as you travel further South. Areas like Naples and Brindisi experience hotter Summers than cities in the North and Central parts of the country.

When you travel from the North of Italy to southern areas, you may not notice a large difference when it comes to sea level temperatures. The peninsular region of the east coast is not as wet as the western coast of Italy. The Adriatic sea coast often experience cold and gusty winds called bora, especially towards the north. These ice cold winds are very strong and originate in the central parts of Europe. These winds typically blow in Winter and Spring, but are not as strong as found in Northern cities like Trieste.

The entire peninsular part of Italy and the islands of Sardinia and Sicily have highly unpredictable weather, especially in the Spring, Autumn and Winter. This is in sharp contrast to the rather predictable hot days of the Summer months. A person may experience turbulent weather well into May, only to have it start again in September. In the Winter, it is not uncommon to have intermittent warm sun as well as rainy cold.

The least amount of rainfall, as well as the sunniest days, are found in the southernmost parts of Italy. Places like Calabria, Sicily and Sardinia experience this kind of beautiful weather. In the Summer there is an average of ten to eleven hours of sunshine every day, while in the Winter there is often sunshine for an average of four to five hours a day.

If you are looking for more sun and milder temperatures, then the climate of South Italy is for you. The further south you go the hotter it tends to get, especially in the dog days of summer, in the months of July and August.