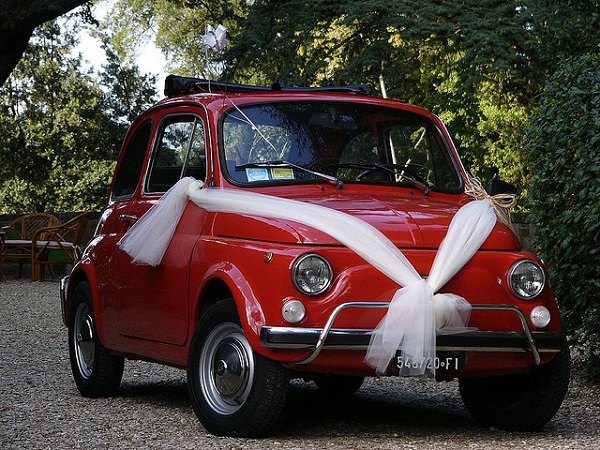 Italy is a country replete with tradition, and weddings are no different! Wedding customs designed to ensure a long and happy marriage are an integral part of Italian culture. In fact, many matrimonial traditions celebrated all over the world have their roots in Italy!

Diamond engagement rings date back to medieval Italy? it was believed that diamonds were created by the “flames of love”!

An old folklore tradition holds that a bridegroom that carries a small bit of iron ore in his pocket wards the evil eye away from his wedding ceremony.

The wearing of a bridal veil is another wedding tradition that began in Italy. The veil is a symbol of virginity, and the covering of the bride’s face means she has never “known” a man before.

Older church traditions held that the luckiest day to get married on was Sunday. However, marriages during Lent or Advent were often forbidden and the entire months of May and August weddings were also frowned upon as being harbingers of bad luck to the bride and groom.

The traditional wedding mass or ceremony (sposalizio) often takes place in the morning, allowing the bride and groom some quiet time together (often used to take pictures) afterwards while family and friends prepare for the reception festivities.

In some small Italian villages, it is common for the bride and groom to walk to the village square together after the wedding mass. In the square, the family and friends of the couple set up a sawhorse, log, and double-handled ripsaw. The bride and groom must work together to saw the log in half, representing the teamwork it takes to have a successful marriage.

In some regions, the bride and groom shattered a vase or large glass together and the number of pieces were said to represent the number of happy years they would spend together.

A more modern tradition is the release of a pair of white doves after the ceremony by the bride and groom to symbolize the couple’s love and happiness.

The tradition of candied almonds (confetti) being given at wedding receptions comes from Italy. The treats are meant to represent both the sweet and bitters aspects of life, a tangible reminder of “for better or worse”. The candies are often wrapped in tulle, and given to each guest inside a small pottery or glass dish as a wedding favor.

The reception usually begins in the afternoon and carries on until the wee hours of the next morning.

Drinks (sweet liquors for the women and stronger drinks for the men) are served as an aperitif before the banquet feast. A commonly heard wedding toast is “Per cent’anni”, meaning “for a hundred years”.

The wedding feast often begins with antipasto and continues with a sumptuous multi-course dinner. Symbolic wedding foods include wanda (small bits of twisted dough covered in powdered sugar) and Italian wedding candy. After the meal, wedding cake is served with espresso and other coffees.

The Tarantella, a traditional wedding circle dance, in South Italy is an integral part of the reception celebration, everyone takes part!

La Borsa is a small satin bag carried by the bride that attending guests could slip gifts of money in to. The money traditionally went back to the brides family to help pay for the expenses of the occasion.

Sometimes the groom’s tie is cut into pieces and the pieces are “sold off” to reception guests. The cash is then given to the bride and groom to use on their honeymoon.

Instead of paint and streamers, the bride and groom’s car is often decorated with fresh flowers to symbolize a new and happy life together.

Faith Harper is a freelance writer who resides in Houston, TX. She can be reached at WredenHarper@aol.com