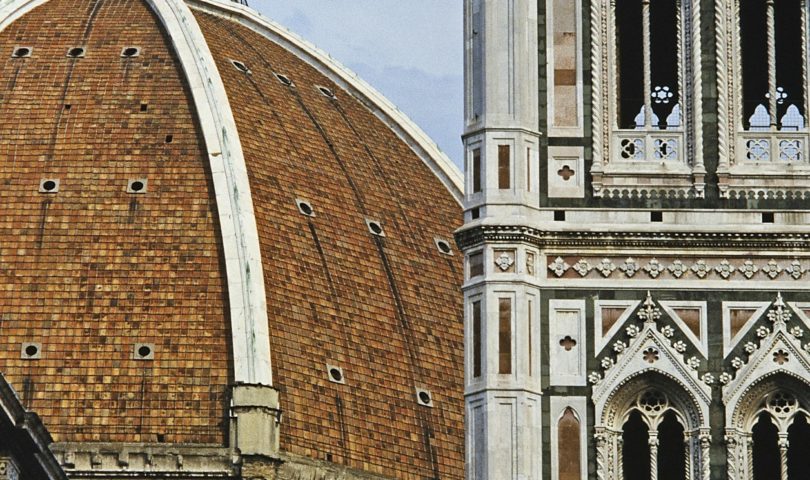 Thanks to a scale model of his project, realized by friend and peer artist Donatello, Brunelleschi managed to win over all competition which, by the way, included an old rival of his, Lorenzo Ghiberti.

What strikes the most about the dome, beside its evident beauty, is the sheer perfection and balance of its structure, something achieved thanks to Brunelleschi’s own geniality and talent, a particularly striking feature, if you think that the artist didn’t have any formal architectural training!

The real innovation of Brunelleschi’s project was in the creation of two domes, one inside the other. This allowed the inner dome to be protected from the elements (a great advantage, considering it was to be frescoed) and the outer dome to rest on the inner dome’s structure. This meant a larger, more majestic structure could be built, because an inner, solid base was available for it.

The same idea was followed for the construction of Paris’ Les Invalides and Washington’s US Capitol.

n 1418, Filippo Brunelleschi was tasked with building the largest dome ever seen at the time. He had no formal architecture training. Yet experts still don’t fully understand the brilliant methods he used in contructing the dome, which tops the Santa Maria del Fiore cathedral in Florence, Italy. ➡ Subscribe: http://bit.ly/NatGeoSubscribe #NationalGeographic #WorldsBiggestDome #WorldRecords