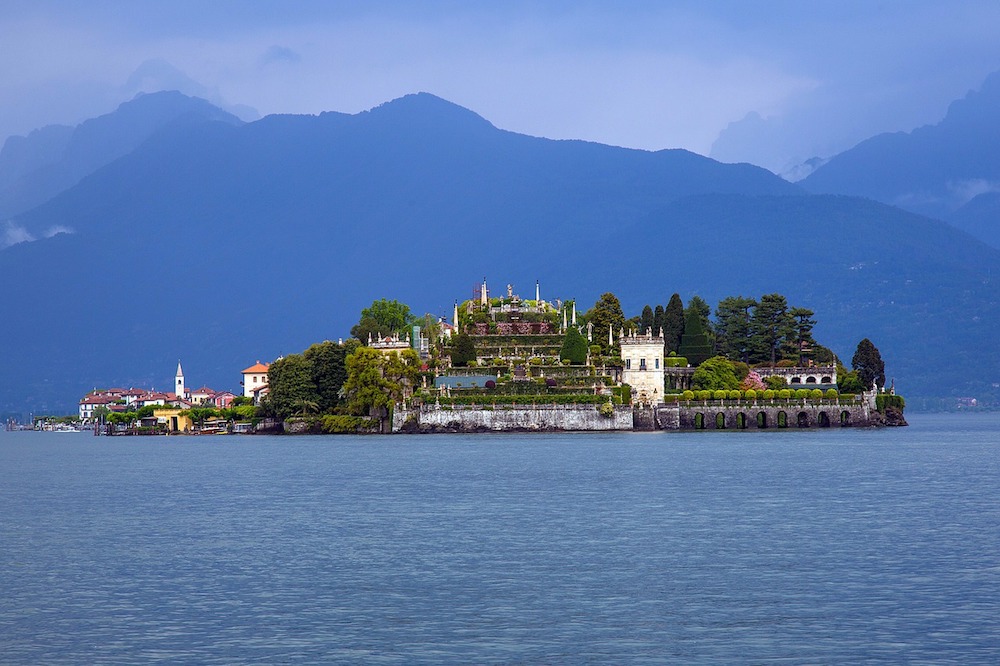 Click to watch the video. Below is the translation:
The mediterranean landscape shows itself in the Pre-Alps Lake Maggiore. On the Piedmont shore, Stresa boasts an old turistic tradition with its line of big international hotels bounded to the splendor of the belle epoque.
Many villas were built after 700 AD, when the shores of the lake became valued residence for the aristocracy and the rich bourgeoisie. The projects envisaged that the facades pointed at the best views through galleries, towers and terraces. With the aim to impress the guests, the interiors were very colourful and full of frescoes, stucco, artworks and precious meubles.
The gardens, at the beginning in English style, with large grass lawns, from 1830 AD adopted a more complex design rich of steep paths between rocks, streams and panoramic terraces.
Here you can find one of the richest gathering of plants in Europe, species from the peninsular region,mediterranean woody trees but also exotic plants. We are at the centre of “insubria”, the name given by botanists to the environment created by big pre-Alps lakes digged by the glaciers and filled with their fusion water at the end of the Ice age.
Villa Pallavicino in Stresa is populated by more than 40 species of mammals and exotic birds that live free in a park of 37 acres. Here the architecture is in harmony with nature.
Off Stresa there are the three small Borromean Islands. The Isola Bella (Beautiful Island) was dedicated in 600 AD by Carlo III Borromeo to his wife Isabella D’Adda; the Isola Madre (Mother Island) and its big botanical garden with peacocks, pheasants and parrots; and the tiny Isola Superiore (Upper Island), nowadays known as Isola dei Pescatori (Fishermen’s Island).
The Fishermen’s Island is so called because of the main activity of its inhabitants and it’s almost completely covered by the small village with its small alleys and picturesque views. Perch and risotto, fried lavarellos or in carpione, pikes alla marinara, are never missing in the tables of the inhabitants of Verbano, and they are also appreciated by the demanding and cosmopolitan clientele of the big hotels.
Isola Bella, the most aristocratic of the Islands, hosts the majestic baroc palace with big fresco rooms, built in 700 by the count Vitaliano Borromeo to control the small church of San Vittore and the small village. Palace and gardens were conceived like a big impressive entity, with statues, staircases, romantic boulevards. The island appears like a vessel with the palace in the northern and narrower part, the bow, and the garden in southern and wider part, the stern. The impressive Italian style garden is 37 metres high and goes down between the two towers with 10 terrasses that reflect in the blue water of the lake. In spring you can admire the striking flowering of the azalea.
The statue 23 meters high dated 600 AD, known as San Carlone di Arona, is dedicated to the most famous member of the Borromeo family, San Carlo Borromeo.