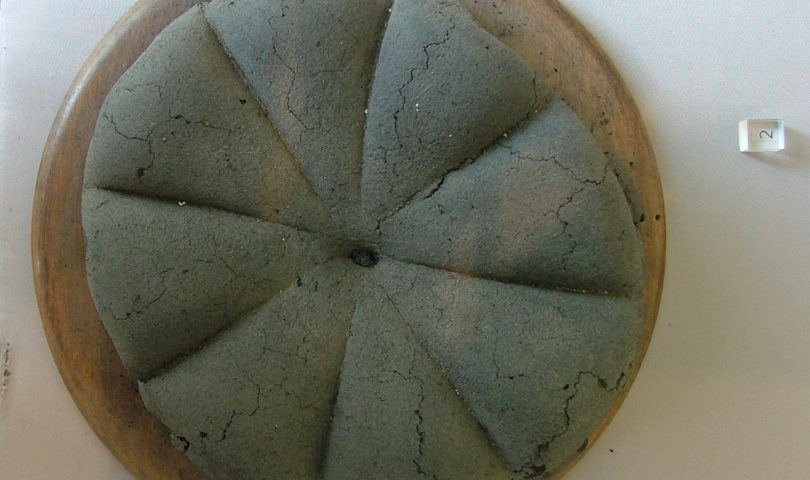 Panis quadratus is known as one of the most common types of bread in Ancient Rome. Thanks to archaeology — and Pompeii — we can still make it today.

If you enjoy history and archaeology — or the history of food — you may have come across images of large, round carbonized loaves, marked on top by lines that hint at the way to slice them: that’s what was known then as panis quadratus, or siligineus, the later name deriving from the type of flour, siligo, used to bake it.

Bread was the staple of ancient Romans’ diet, who based it on the so called Mediterranean Triad: cereals (bread), olives (olive oil) and wine. It is believed that there were 30 bakeries in Pompeii alone and each of them must have produced an enormous quantity of bread, if you think that in 1862 archaeologists discovered in one of them — known as the bakery of Modestus — 81 large loaves, ready to be sold on that fatal day in 79 AD.

Panis Quadratus was not squared, as the name could suggest (that’s what “quadratus” means in Latin) but round: so what’s the deal with the name?

In fact, the adjective probably refers to the four lines used to create the eight sections on its surface: let’s not forget that quadratus means, in the end, with four lines!

Our panis quadratus also had another peculiarity: a horizontal line, all along its circumference, of which we know very little, starting with the reason it was made.

So, if you want to know more about panis quadratus and, why not, try to make it yourself and turn it into the talking point of your next dinner party, here’s a video to do just that!