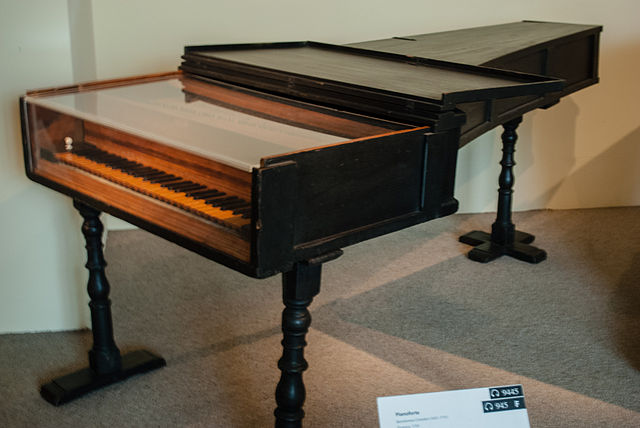 Think of Italy: beautiful landscapes, incredible art, delectable wines and food. Life-changing inventions are not among the first things springing to mind, right?

Yet, incredible minds were born in the country and they all contributed to the evolution of science, technology, the art: in other words, they contributed to make the way we live today… the way it is.

Let us take a look.

Leonardo and his intuitions about flying

Everyone knows Leonardo da Vinci, one of the most famous Italians of all times: talented, creative, mysterious and with his own quirks, if you let me pass the expression. But genius comes often with plenty of them and geniality certainly abounded in Leonardo.

Many are familiar with the fact he is the creator of an early helicopter prototype, but were you aware he is also behind the invention of parachutes? Sketches dating back to 1483 show drawings and work instructions for what can only be considered as the first ever conceived parachute model: his idea involved the use of linen and wooden poles to create a protective canopy, allowing to jump from elevated points and still landing without being injured. Whereas parachutes were not to become common for another 4 centuries, it remains adamant that Leonardo’s mind had created one a decade before the discovery of America.

Hot or cold? How will it be today?

An Italian mind is also behind the invention of the first mercury barometer, which was assembled in 1643 by Evangelista Torricelli, a student of nothing less than Galileo Galilei. While carrying out experiments on vacuum, Torricelli worked with mercury which he would place in a series of tubes. The scientist soon understood that atmospheric changes would cause the mercury to rise and fall within the tube. After working on his invention for a while, Torricelli finally managed to create a barometer measuring atmospheric pressure, hence helping predict weather changes with a good level of accuracy.

The Italian physicist Alessandro Volta invented the battery in 1800. Also known as the voltaic pile, Volta’s battery was the first object that generated a constant electric current. He used copper and zinc poles in diluted sulfuric acid to generate the current. Volta’s discovery was dynamic in the field of electricity, and the unit of measure for electricity was named for him: the volt.

Thank an Italian for pianos

In the early 18th century, Bartolomeo Cristofori worked to invent a new instrument that used the sound generated from plucking strings. The harpsichord and the clavichord were popular string instruments of Cristofori’s time. These instruments used hooks to pluck at metal strings, but neither of them were fully satisfactory to the musicians of the era. The harpsichord could not produce varying levels of volume, and the clavichord played too softly overall. Cristofori decided to use leather padded hammers to play the strings, instead, which could produce excellent levels of quality sound. His invention was called the pianoforte, or the piano. Although it took many years before Cristofori’s invention was perfected, the piano finally became extensively popular in the late 18th century.

Banks were born in Italy

Sure, speaking about banks today brings about funereal thoughts, but they were not that bad, as a concept, when they were created in Italy, during the late Middle Ages and the early Renaissance. The most famous at the time was the Medici Bank, founded by Giovanni di Bicci de’ Medici in 1397. Monte dei Paschi di Siena, which has not been sailing in placid waters recently, opened in 1472 and is, as of today, the oldest bank in the world.

Do you read the newspaper? Thank Italy for it!

If Florence and Tuscany are behind the creation of banks, another symbol of the modern world has “Venice” printed – quite literally – all over it: the newspaper. So common and ubiquitous today that, very likely, no one can say not to have ever read one, newspapers were ideated in 1556 in Venice, when the venetian government took up the habit to publish monthly, hand written updates about local events and news. These early examples of newspapers were exclusively dedicated to politics, the military and economics.

Enjoying life in a Jacuzzi has an Italian accent

Ok, to be honest here, the US are also involved, as the first whirlpool bath was actually created in the US by an Italian immigrant, Candido Jacuzzi who, in 1949, invented it to help his young son to get some relief from rheumatoid arthritis. Yes indeed: the first Jacuzzi was created as a medical device and not simply to allow the lot of us to play princes and princesses while vacationing in a 5 star hotel.

The telephone and the radio, of course!

These are, very likely, the most popular of Italian inventions.

Most think the telephone was the brainchild of America’s own Alexader Bell, but things are a bit different. If it is true that Bell was the first to obtain a patent for the electric telephone, the one who did most of the ground work was Italian Antonio Meucci. Meucci had emigrated to the US and in 1849 had already developed a voice communication instrument called “teletrophone.” Bell got all the recognition, though, and it took the US Congress until 2002 to recognize Meucci was, indeed, as much the inventor of telephone as Bell was.

That the radio was invented by Italian Guglielmo Marconi has been recognized without any doubt, to the point he received, along with Karl Ferdinand Braun, a Nobel Prize for it. On the 12th of December 1901 Marconi sent and received the first transatlantic radio signal from Cornwall to Newfoundland. However, shortly after Serbian-American physicist Nikola Tesla claimed he had already created a wireless telegraph in 1893, eight years earlier.