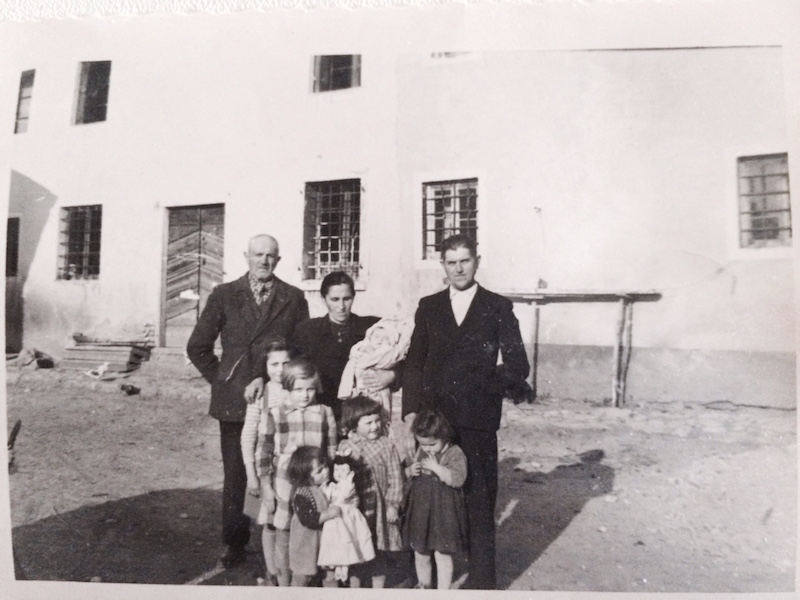 The stereotyped image of the large and traditional Italian family, with more than six children, is just an old memory. In fact, in the last thirty years the structure of the Italian family has dramatically changed from the traditional model we were used to see in old movies. In the past, Italian families, especially those of the South, were made up of a lot of children and they were patriarchal units where women usually didn’t work. In the last 100 years, the evolution of the country from an agricultural system into an industrial system brought many changes to the culture, mentality, and habits of Italian society – and families have changed as a result. However, heirlooms of the traditional model of family can still be found in the modern system.

The youth protests of the end of 1960s and the feminist movements   were followed by the introduction of the divorce law in 1970, the 1975 family law reform and the 1978 abortion law. generated a change in the classical family. It was in that period that the Italian family model, strongly inspired by the dogmas of the Catholic Church, came into crisis. The first major disconnect between religious values ​​and Italian society was in fact represented by the victory of those in favor of divorce sanctioned in a historic referendum by 59.3% of the population, against 40.7 of those against. In a subsequent referendum for the abolition of divorce, in 1981, the majority was even more overwhelming: 70% of the population was in favor of divorce. The “temptations of devastating eroticism”, the importance of fruitfulness and the value of the sanctity of marriage, cited by Pope Paul VI as reasons for not introducing divorce in Italy, appeared now completely anachronistic concepts.

Though Italian families tend to be smaller now, they continue to spend a lot of time together and their members typically try to gather to eat together at least one meal each day where they share their days’ events. Moreover, there are still strong ties among family members even when they create new family units or if they live far from their original families, and most still join their parents or relatives during festivities like Christmas or Easter.

Additionally, another type of family is now widespread all over Italy, the so-called reconstituted family, where a member of the family is a commuter or lives for some period in other parts of the country because of work. All this contributes to a re-conceptualization of the roles that the individuals play in different stages of life, both inside and outside their families.

The problem of ageing

In the last few years there has been a considerable rise in the number of old couples, causing an imbalance between generations because the births of babies do not counterbalance the process of ageing. In fact, the rate of ageing in Italy is booming; it is the fastest in growth worldwide. The number of couples aged 74-85 has increased steadily in the last few years, and this phenomenon is demanding more measures in the field of welfare services.

The birth rate, though lower than it would need to be to balance the ageing process, continues to receive a large boost from foreign couples as the birth of babies born from parents coming from other countries has risen, from 6% in 1995 up to 12% in 2004.

Italy has gone through an important revolution in the types of family models due to a number of factors, above all the changing role of women – the social revolution has resulted in more women being independent and focused on their careers. In addition – and in large part as a result of women’s changing status – the concept of the family unit itself has changed from a hierarchical model, to one of more equality within the family itself. This has resulted in new types of families: families made up of singles, couples (not married), couples without children, and single-parent families.

The increase in the number of singles equals 25.9%, whereas that of couple without children equals 19.8%, while the number of couples with children (39.5%) and big families (5.1%) is decreasing.

These data have been influenced by an important factor: sons leave home later compared to the rate in the past. This is a difference that should be highlighted if we compare the Italian family model with the American family model: in the Italian family it is common to find sons who live with their parents up to the point at which they marry, and even then some of them go on living under the same roof of their parents and they depend economically on them.

The most common reasons people decide to marry later or not to marry at all are education and expenses linked to attending university, lack of economic independence, and lack of a steady job, as ISTAT points out. In Italy, those who attend university are not, on average, economically independent, so with no third party. Moreover, nowadays Italians have difficulty finding a steady job and they do not want to start a family without having economic stability.

All this has caused a delay in the age of procreation too; in fact, Italian women usually have their first child at 30.8 years old, as ISTAT statistics show, compared to the other mothers of Europe who generally have their first child between 26 to 30 years of age. Moreover, there is a substantial increase in the number of families made up of a single parent; they amount to two millions, 83.6% of which are run by women.

From all these data it emerges that it is not possible to classify the Italian family under a single category any longer. Next to the traditional model of family, which has dominated for ages, there now coexist new models of families that express the economic and social changes Italy has gone through in its recent history. As the world and the norms continue to change, the family structures are likely to change with them, and new models of families will continue to emerge.

if you want to search about a family last name please look up the last name here https://www.paginebianche.it for Italian phone number lookups

if anyone has any information about the LOSA/MAGNER family in PUNTIDA, BERGAMO, LOMBARDY I would be pleased to hear from them.Thank you

I’m related to family s in the 1800 Ascolillo, Lucatorto , Marjolies, Marinella,Roberto, Siciliani,Ciarmela,Fattibene Speremilla,,and de Letizia many more. I’m having trouble finding birth and death rates to line up grandparents from all generations in order to know the correct order I’m finding it very difficult next when I think I have it in order another spouse is there and all kind of children,and what makes it more trying they have the same names!!!!!

0
Life in Italy > Culture > Italian Families: then and now