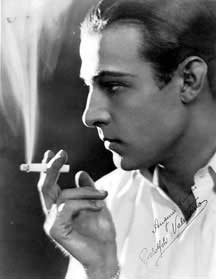 The Latin lover is a stereotype that stretches back for centuries. Italians are known as a passionate race—they live and laugh and love in a big way, and they enjoy the finest things in life, from sumptuous food to gorgeous women and men. Many North Americans admire the fire that flows through the veins of Italians and there has been many a woman who has travelled to Italy to find her own Latin lover. Whether or not there are still Romeos wandering the streets of Rome, however, is a topic that has been the subject of much debate in recent years.

Italy is famous for spawning many a Latin lover, a man who is zealous about love and sex and that can make any woman on Earth feel beautiful and blissful due to his passionate and romantic nature. Most women are absolutely unable to resist the charms of a real Latin lover. In earlier times, most men from Italy were concerned to be Latin lovers and the country was famous the world over for its appealing men who dated many women, always in search of the right one for them. In books and movies, Latin lovers are often depicted as tall, dark and handsome with golden skin and molten dark eyes. Increasingly, many men pretend to be a Latin lover, but lack the innate charm and personality it takes to be one.

Latin Americans and Southern European males are also included in the group of Latin lovers (think Porfirio Rubirosa), if they possess the above qualities, of course. Many assume the Latin lover is no more than a womanizer, but one of these true lovers would likely claim that their only crime is loving women, albeit all women and often. While these famed lovers were perhaps not monogamous, they were respectful and gentlemanly in their treatment of their current affection. These days, the true essence of the Latin lover has been lost, many using the image as an excuse for an excess of lust.

The Legends That Spawned the Stereotype

Many historical figures have made the Latin lover title famous. From Casanova, one of the world’s most legendary lovers who dared to live on his own terms in the times of the Venetian Inquisition, to Rudolph Valentino, who was not only an actor but also a true sex symbol and the personification of romance for a generation of women. Valentino, however also faced a lot of criticism for lacking true masculine attitude, a charge also levelled at today’s would-be lovers. Nonetheless, Valentino was famous as a Latin lover amongst his female fans and many men emulated his style in hope of attracting women themselves. Upon Valentino’s early death, many of his fans were said to have collapsed into hysterics at the shocking news.

In recent times, the Latin lover has been seen more in fiction—from movies to romance novels—than in real life. Women have been polled as to their feelings in regards to real-life Latin lovers and the results are largely negative. Many women believe that the true Latin lover no longer exists and that, today, there are only party boys fuelled by pure lust. Many also feel that there is a marked absence of love and romance in today’s dating market. A few years back, the Montreal Gazzette published a poll asking female tourists what they thought of present-day Latin lovers in Italy. According to the paper, “nearly four in five women tourists were unmoved by Italian men’s charms. Seventy-nine percent said they would not fall for an Italian, with many saying they lacked cheerfulness and a sense of humour (51 percent), while others complained they were childish (49 percent)”. Italian men may take heart in the fact that many of the women also saw them as attentive and, yes, well-dressed.

So is it true? Are there no true lovers left in the world? While it’s impossible to make a sweeping generalization of an entire country’s male population, it seems safe to say that the stock of Italy’s Latin lover has dropped as of late. While the search continues for many women, all hoping to discover the man who can charm them senseless and see their true beauty, it seems that the real question is left up to the men. Well-dressed and handsome isn’t enough to live up to legends of the likes of Casanova, so if modern day lovers hope to stack up to their past idols, they’re going to have to step up their game.

Latin America is NOT Latin origin. Therfore conquered NATIVE AMERICANS are Not and will NEVER be Latin anything as they are Not from the Latin origin and culture. Being a Byproduct of colonialism is Not and will Never be Latin/Latino. Your article is ethnically INCORRECT by even attempting to call native Americans of pure and mixed Ancestry as Latin. Is the typical Americans mockery of Latin culture Us TRUE Latin people have to fight every day in this delusional Brainwashed corrupt country