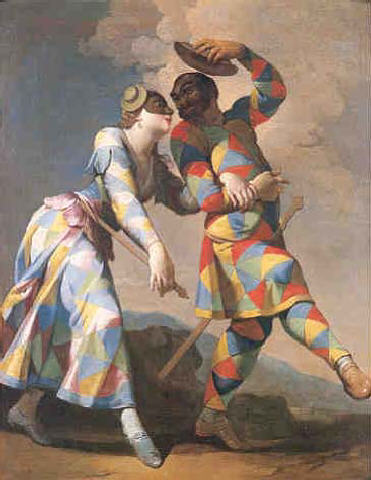 Everyone loves them: tourists, adults, teenagers and children. In fact, wearing Carnival costumes and masks is a tradition truly embraced by all, regardless of their age.

In the last few years, Carnival has been more and more about dressing up like celebrities, politicians and cartoon characters, but our very own traditional Italian masks, everlasting and always recognizable, are the true essence of Carnival itself, as they have been representing this time of the year for centuries.

Here are some of the most famous!

Pantalone is linked to the Venetian tradition and is among the most represented masks in the Commedia dell’Arte.

The origins of his name are still unknown: some say it comes from Saint Pantaleone, while others maintain it derives from the Piantaleoni, the merchants who “planted” (piantavano) San Marco’s lion, symbol of Venice, in the towns conquered by the city where they would start making business.

Pantalone is an ambiguous character: sometimes he is an old rich merchant admired by the nobility, other times he is an old merchant on the edge of ruin (Pantalon de’Bisognosi- Pantalon of the needful). Either way, he is constantly unlucky with women, whom he always tries to conquer, but without luck. He is very active in the field of business and that is why he neglects his family.

He seems to represent the very symbol of that sense of trade and business animating Venetian middle-class’ tradesmen at the time the character himself was created.

Pantalone’s costume is made up of a wool cap, a red coat, short trousers with a belt and a bag with a tissue hanging from it. He wears a black cloak with red lining and black slippers. His face is covered by a mask with a hooked nose, his chin by a sharp goatee he continuously caresses.

The origins of this mask are in Bologna. Balanzone is a creation of the Commedia dell’Arte and represents the stereotype of a wannabe educated man, who likes to show off knowledge he often does not have. Balanzone is also known as Dottore, doctor, as he studied a lot, or so he maintains! He peppers his long conversations and monologues with invented Latin quotes and other people (that is, other masks in the Commedia dell’Arte), seem to trust his opinion on all matters, medicine included: thing that makes him very happy as he can start talking for hours about it. Most of the times, he gives useless advice and his words have no actual meaning. He is presumptuous and says he knows every field of science, law and philosophy.

Brighella is a character of the Commedia dell’Arte born in Bergamo. He is often associated to the character of Arlecchino, as they both come from the same city, although Brighella makes a point of coming from North Bergamo and not from the Southern part of the city, home to Arlecchino.

Brighella works in several fields, but not always honestly, as he tries to deceive others often simply for the sake of doing it and not for real need.

He is intelligent and smart, but without scruples. Brighella often tells lies and he does it very well, with such a self-confidence they seem real. He is also very good at singing and dancing.

Arlecchino is traditionally linked to the town of Bergamo, although his character may have originated from the the fusion of the Italian Arlecchino and the French Arlequin.

Among Italian masks, he is  perhaps the best known and possibly one of the oldest. He is connected to the tradition of fairs, court jokers and theatre comedians. Arlecchino comes from Bergamo bassa, south Bergamo, but he tries to change his dialect into that of Venice.

At first he wore a total white costume that has then become multicoloured due its numerous patches.

Arlecchino is an extravagant person playing tricks on those he works for, but he often does not succeed. He is usually lazy at work and enjoys chatting  a lot. He is an accomplished acrobat and he is, probably, the best loved traditional mask in the country.

Colombina, little dove, is a female mask, representing the character of a servant. The name Colombina was given to her when the actress Isabella Franchini, who played the role, brought a basket containing two doves with her on stage.

Colombina is often vain and coquettish. At times, she also tells lies, but never maliciously. She is often associated to Arlecchino, who is considered her eternal fiancé. The Italian Carnival tradition always matches Arlecchino and Colombina. This funny and extroverted couple are popular at Carnival and you will always find at least two people dressed up as them, if you have the luck to spend Carnival in Italy!

Also look at this article on Pulcinella, one of the most famous Italian traditional masks.